Racism in German military mirrors society | Germany| News and in-depth reporting from Berlin and beyond | DW | 02.03.2013 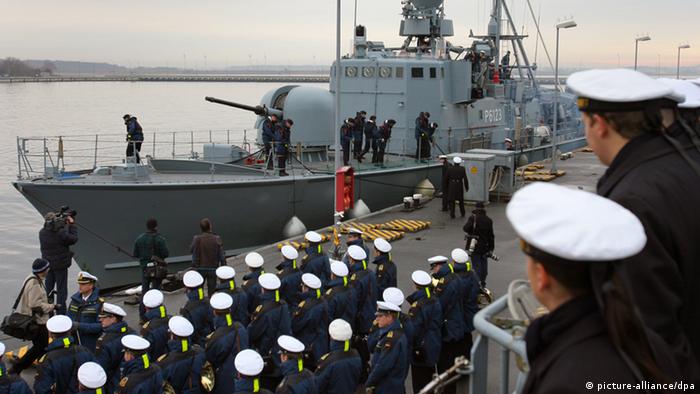 Four of the Bundeswehr's naval troops tied a superior in a gunboat deployed off the coast of Lebanon and smeared paint on him. "Mongos live here," the soldiers are reported to have written on the leg of the officer - a German with roots in Thailand. The German Defense Ministry said the incident was not racially motivated. It was revenge that drove the soldiers' actions. 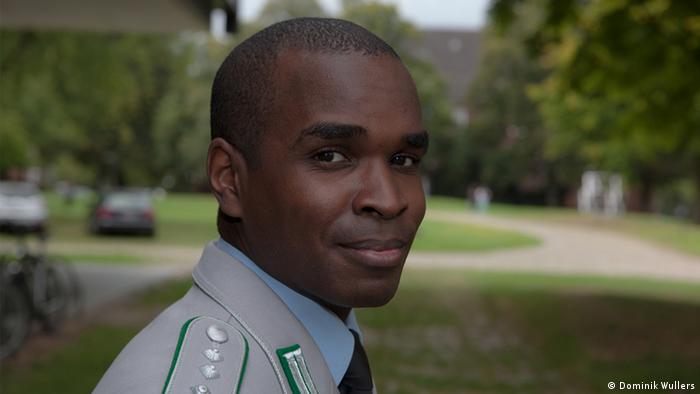 DW: What is your view on the attack of a navy officer in Beirut?

Ntagahoraho Burihabwa: To me, this is first and foremost an attack on a superior. According to the Bundeswehr Operations Command, there is no evidence that the act was racially motivated. I do not have any other information but do have complete faith that the Bundeswehr investigated appropriately, and what the Operations Command said is the truth.

Did you ever personally experience anything similar while you served in the military?

What is the Bundeswehr doing to prevent xenophobia?

There is a real sensibility for the issue in the Bundeswehr. It begins during basic training as part of the political education. Lessons there make it very clear that such ways of thinking have no place in the German military.

Is an effort made to ensure people with extremist tendencies are not accepted into the Bundeswehr's ranks?

For officers and non-commissioned officers there certainly is. There are also evaluations by psychologists, among others, who get a better view of a person's character. So in that way there are checks. For the rank and file members who voluntarily join the military that is also the case, as far as I know. For conscripts, it wasn't possible to ask specifically about it. But we have the military intelligence and if we have a suspicion about a person then it's investigated and checked, and the soldier is either removed from duty or is not permitted to serve.

What personal experiences have you had with discrimination?

Within the Bundeswehr, it was cases of verbal abuse directed at my appearance. I reported them and they were investigated. Outside the Bundeswehr I have other experiences - starting with verbal abuse like being called a "nigger" or people making monkey noises around me. And I have been stopped very often by the police and asked to show my ID. Once it even happened while I was in uniform, which really hurt me. These are the subtle experiences that I am sure many people with a different skin color have in Germany.

When you start an association for German soldiers with migrant backgrounds, it looks like you want to draw attention the problems such soldiers have.

No, that is a common misconception. We are not a self-help group for soldiers with migrant backgrounds that wants to raise awareness inside the armed forces. Our association comes from the military to give society a push in the right direction when it comes to questions of integration, which we see as being very undifferentiated and one-sided. In particular, it's about using the reality of our biographies to confront the cliché that there is a lack of desire to integrate among migrants in Germany. We are soldiers with migrant backgrounds who identify ourselves 100 percent with Germany and are even prepared, in the worst case, to give our lives for Germany.

It is about showing German society that there are people here with different skin colors and different religions and that those things do not get in the way of being at home and willing to serve in Germany.

A German publisher has plans to rerelease a classic children's book - without the racist words found in the original. Experts are split on whether the past should be cleaned up, or preserved so it can be discussed. (11.01.2013)