Putin, Poroshenko in spotlight on final day of ASEM summit

Russia's President Vladimir Putin is set to hold talks with his Ukrainian counterpart Petro Poroshenko at a summit in Milan. The pair are also scheduled to meet key EU leaders. 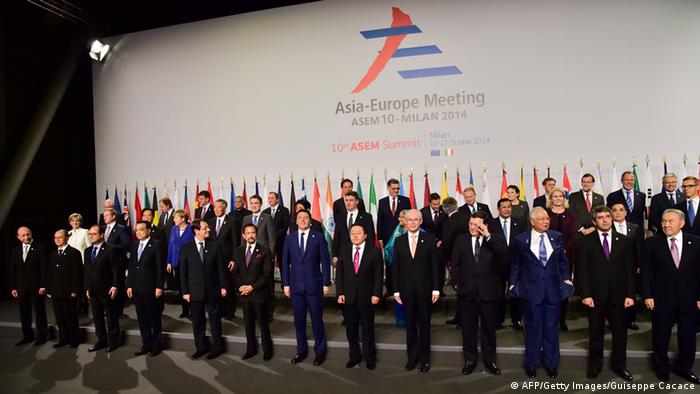 Russia's leader Vladimir Putin is to hold talks with Ukraine's President Petro Poroshenko on the sidelines of the Asia-Europe Meeting (ASEM) in the northern Italian city of Milan.

European leaders held a first round of talks on Thursday and appeared to point the finger at Moscow for the constant violation of a ceasefire agreement struck in Minsk last month.

"It is obviously above all Russia's task to make clear that the Minsk plan is adhered to," Merkel told reporters. "Unfortunately, there are still a lot of shortcomings but it will be important to look for a dialogue here."

Diplomacy on the sidelines 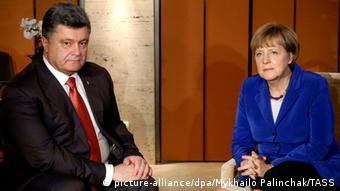 Poroshenko and Merkel at the ASEM summit in Milan, October 16, 2014.

Merkel met with both Putin and Poroshenko on Thursday evening ahead of the final day of the ASEM summit.

"The meeting went very well and we have seen a great demonstration of support for Ukraine," Poroshenko said afterwards.

The West imposed sanctions on Russia for its annexation of Crimea earlier this year, and also for its alleged support of pro-Russian separatists fighting in eastern Ukraine.

Russia denied the charges, but said it had a right to defend the interests of the region's Russian-speaking majority.

Hopes for resolution on gas row

Putin warned on Thursday that Moscow would reduce gas supplies to Europe if Ukraine steals from the transit pipeline to cover its own needs.

However, he said he was "hopeful" it would not come to that.

"I can reassure you that there will be no crisis that could be blamed on Russian participants in energy cooperation," Putin told reporters during a visit to Serbia. But, he said, "there are big transit risks."

Moscow's move to cut gas supplies to Kiev because of unpaid bills was a major concern for Europe because of possible disruptions in the flow of gas to the continent this winter.

Russia is Europe's biggest gas supplier, meeting around a third of demand. The EU receives about half of its Russian gas via Ukraine.

The pricing row was the third in a decade between the two countries, however, tensions were heightened because of the unrest in eastern Ukraine.

Germany is Europe's biggest buyer of Russian gas, and EU states including Bulgaria and Slovakia are almost entirely reliant on Russian supplies imported via Ukraine.