With militant groups seeking to publicize attacks in the news, publishers have questioned how to best cover terrorism. But solutions aren't always easy. DW's Lewis Sanders reports from the ICI World Congress in Hamburg. 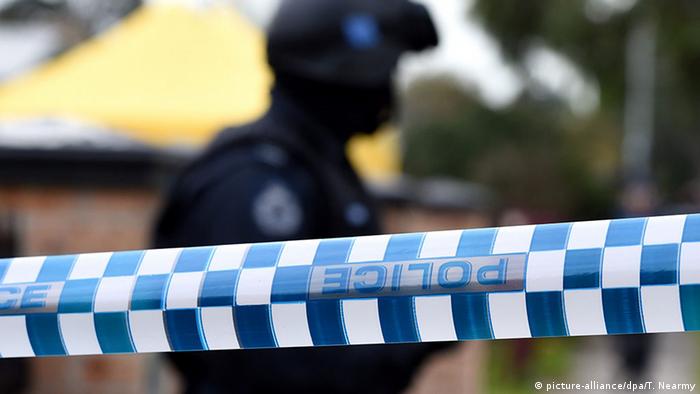 "If we go back to the beginning, we completely fell into a trap," said Helen Sallon, Middle East correspondent for French periodical Le Monde.

She was referring to news coverage of the self-styled "Islamic State" and its rise to notoriety in 2014, as well as how media publishers and broadcasters rushed to procure videos and images, and display them to the world.

With the advent of successful propaganda campaigns launched by militant groups such as the "Islamic State," representatives of the news industry have called into question how to better cover the growing phenomenon of terrorism. 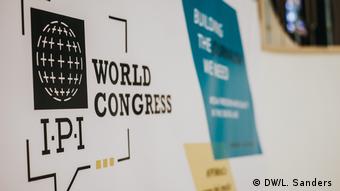 "Terrorists are not aiming to kill as many people as possible. Terrorists are aiming at unfolding a psychological impact on the public, on the population, on the government, on companies and a whole variety of groups," said Elmar Theveßen, deputy editor-in-chief at German broadcaster ZDF.

Theveßen stressed that broadcasters and publishers need to be discerning of these groups' mission, especially in breaking news situations, in which the story is fluid and certain elements are not yet verifiable.

"We have to be aware that a dream comes true for the terrorists, because immediately when we have pictures and images (of the scene), the psychological impact follows," Theveßen said.

However, he warned of a "credibility gap" that manifests when social media users accuse an outlet of withholding information for not reporting on content circulating on social networks in the immediate aftermath of an attack. Its better not to publish unverified information, then risk credibility for reporting on a falsehood, he said.

But Los Angeles Times editor-in-chief Davan Maharaj said that part of the problem stems from how resources are divvied during a breaking news situation.

In 2015, 14 people were killed and more than 20 others injured during an "Islamic State"-claimed attack at a holiday party in the Los Angeles suburb of San Bernardino. "At the LA Times, we have something called swarm, in which you flood the environment. So we sent 12 reporters and 9 photographers to the scene, because we knew it was going to be big," Maharaj said.

He added that by having so many reporters and photographers covering various aspects of the attack, from interviewing witnesses to speaking with police and assessing the situation on the ground, the US daily was able to offer a fuller picture of the situation, including on social media.

"After a very short period of time, we become the source for everything about the shooting, so much so that the fire department even posted a comment on their website to head to our website for more information" on the unfolding situation, Maharaj said.

When context is crucial 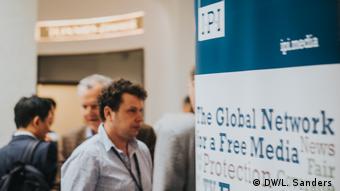 In the heat of reporting on breaking news situations such as terrorist attacks, context providing background details into the reasons why such an attack occurred can sometimes be left to the wayside.

"In France, for the people that join (militant groups), we forget the political and social explanation for this," said Le Monde's Sallon. "Terrorism is fueled more so by social and political discontent than by media and the desire to promote (such acts)."

The speakers agreed that by neglecting to offer a comprehensive picture of the breaking news situation in a report, terrorist acts could be misconstrued and blamed on unrelated factors such as immigration. However, context may also refer to other dimensions of an attack.

The Los Angeles Times' Maharaj took the example of how the "Islamic State" called for its supporters to launch attacks in the West using a truck in an issue of its English-language magazine.

"If there is a terrorist attack and a truck is used, and two weeks before the group called on supporters to use a truck in public places, then I think it's the responsible thing to do to add that as context without glorifying it," Maharaj said.

'Publicity is their oxygen'

But coverage of terrorist attacks cannot be modeled on the same processes used for other subjects, said Mahfuz Anam, editor and publisher of Bangladesh's The Daily Star.

"Publicity is their oxygen. In fact, they do it so that it is publicized. And because they want publicity, each time they do it more viciously," Mahfuz said.

He noted that it is a news outlet's responsibility to inform their audiences of a terrorist attack, but that publishers and broadcasters need to be aware of how the coverage is framed.

"It would be a mistake to treat a terrorism story like any other," he added.

By handling attacks on a "case-by-case basis," the media industry can better respond to the needs of their audience and remain committed to the principles of public service journalism.

Ahead of his first trip to Brussels, Donald Trump is calling on NATO to join the counterterrorism coalition fighting the "Islamic State." France and Germany are concerned it could foreshadow combat contributions. (19.05.2017)

The EU's law enforcement coordination agency has vowed to support nations in combating the rising threat of terrorism on European soil. But analysts have warned that unforeseen challenges remain. DW examines the issues. (08.05.2017)

While terrorists continue their attacks in various European cities, ordinary people appear less and less fazed by the terror threat. Societies now have the chance to build up resilience to danger, experts told DW. (22.04.2017)