Protesters have taken to the streets of India's capital, New Delhi, after a road accident critically injured a teenager who reported that a ruling party lawmaker had raped and harassed her. 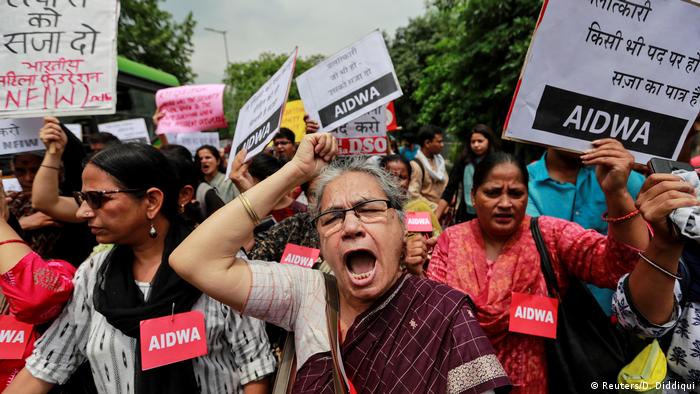 India's capital witnessed demonstrations on Tuesday after a car crash in northern Uttar Pradesh state on Sunday badly injured a 19-year-old teenager who reported that a ruling party lawmaker had raped her.

The girl, who sustained massive injuries, has been admitted to a hospital in Lucknow city and is reported to be in a critical condition. Two of her aunts were killed in the accident. Her lawyer was also injured, and is undergoing treatment.

"My daughter is critical, there is no improvement in her condition," her mother said on Tuesday.

The teen had claimed that she was sexually assaulted by Sengar when she went to his home in Unnao to seek a job in 2017. But authorities initially refused to take action.

To demand justice, the teenager even tried to set herself on fire outside the home of the state's Chief Minister Yogi Adityanath.

Her father was detained by police and severely beaten in custody — allegedly by Sengar's brother — and later died from his injuries.

Sengar, a four-term lawmaker, has been in jail since last year and could not be reached for comment. He has previously denied the rape accusation. 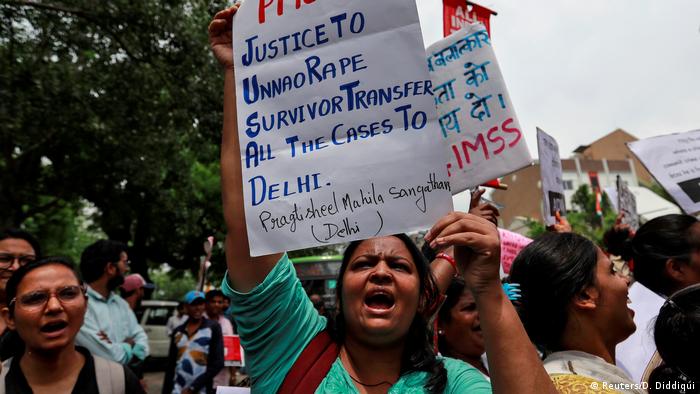 The case has put the spotlight on the crime situation in Uttar Pradesh, India's most populous state

The case has put the spotlight on the crime situation in Uttar Pradesh, India's most populous state with over 200 million people.

Opposition groups say the BJP is shielding Sengar and accuse the police of delaying his prosecution. "Why do we give people like Kuldeep Sengar the strength and protection of political power and abandon their victims to battle for their lives alone?" Priyanka Gandhi Vadra, a leader of the main opposition Congress party, asked on Twitter. She called on Modi to immediately sack Sengar.

Dozens of opposition lawmakers also protested outside India's parliament, holding placards with slogans such as "India Ashamed #Unnao," referring to the site of the crime. Elsewhere in the Indian capital, women and students' groups also held protests.

The government said the incident will be probed by federal investigators amid speculation that local police could favor her alleged rapist.

The current protests were reminiscent of those that followed the fatal gang rape of a Delhi student on a bus in 2012 that made headlines around the world.

That case drew global attention to rampant sexual violence against women in India, and led to the introduction of new laws to punish sex offenders.

But there has been no let-up in the number of assaults, with 40,000 rape cases reported every year.

Prime Minister Narendra Modi has reacted to criticism that he did not deal with the recent rape and murder of a girl swiftly enough. India is trying to crack down on violence against girls and women. (21.04.2018)

Witch hunting is usually associated with the Middle Ages, but in some parts of India women still fall prey to the practice. Several Indian states have introduced laws to prevent it, but activists say they are inadequate. (26.07.2019)