Hundreds of Moroccans have gathered outside the country's parliament to protest over the grisly death of a fish vendor. The incident has galvanized public anger at alleged corruption by police and government officials. 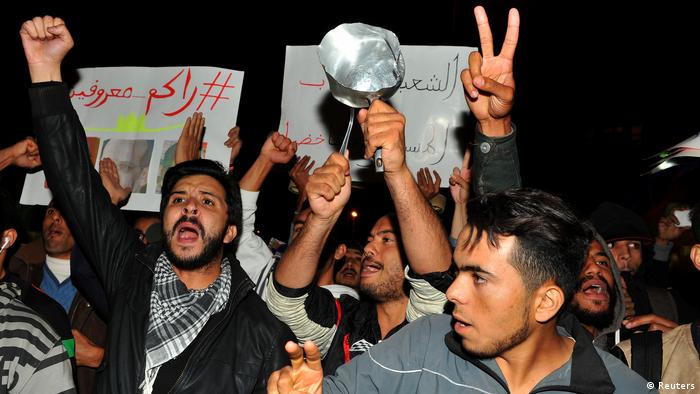 Around 2,000 people marched through the streets of Morocco's capital Rabat on Sunday, one week after fish seller Mouhcine Fikri was crushed to death inside a garbage truck.

The crowd thronged outside parliament, chanting "We are all Mouhcine," waving flags and holding banners reading "No to Corruption" and "No to Humiliation."

Fikri's death has triggered almost daily protests across the North African kingdom, with citizens using the marches as an opportunity to vent their frustrations about official abuses and the ruling elite.

"The death of Mouhcine, is like a death for all Moroccans," said Khadija Zerwal, 22, at the Rabat rally.  "This won't stop until we get dignity and fairness."

The 31-year-old fishmonger was killed late last month in the northern city of Al-Hoceima as he tried to retrieve 500 kilograms (1,100 pounds) of swordfish that police had confiscated from him. He had climbed into the garbage truck when he was crushed by the vehicle's trash compactor.

Eleven people have subsequently been charged with manslaughter over the death. 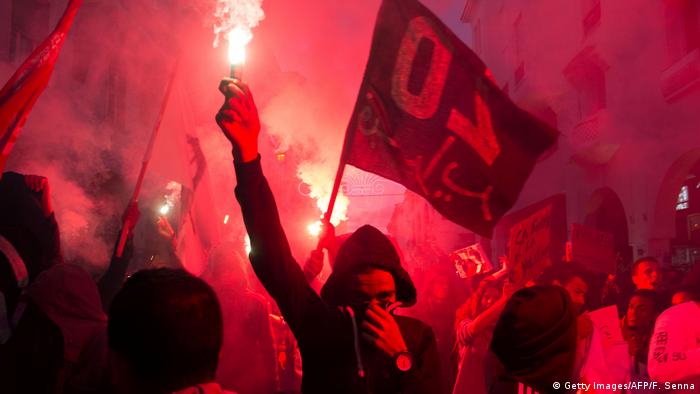 Large political protests are rare in Morocco, where power is largely held by the king. The monarchy there is the Muslim world's longest-serving dynasty.

The rallies staged over the past week are some of the largest seen in the country since 2011, when Arab Spring uprisings spread across the region. While leaders in Tunisia, Egypt and Libya were ultimately deposed, authorities in Morocco managed to calm unrest by implementing reforms, boosting spending and tightening security.

The protests come an awkward time for the kingdom as it prepared to host the 2016 United Nations climate change conference in Marrakech from Monday (November 7-18.)

After a fiery suicide by a cart driver, hundreds of Moroccans protested against their government. But this is not the first such case and it probably won't be the last.