Protection for journalists in Germany | Germany | News and in-depth reporting from Berlin and beyond | DW | 23.04.2021

Protection for journalists in Germany

Attacks on the media have increased sharply during the COVID-19 pandemic. Publishers, broadcasters and politicians are working to find solutions, with the first proposals already on the table. 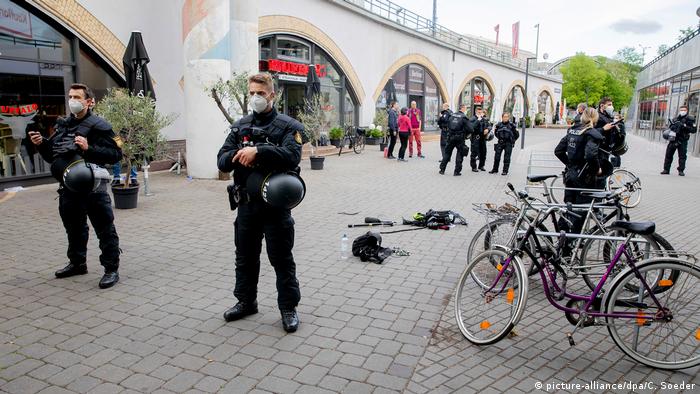 In 2020, a group of people attacked a team of public broadcaster ZDF injuring five of them.

For reporters and camera teams, working in Germany is not as dangerous as in many other parts of the world, but the country is seeing a rise in hostility toward the media. In its latest report on press freedom, the NGO Reporters Without Borders (RSF) registered 65 attacks against media workers in 2020, five times as many as the previous year. "Journalists were beaten, kicked and pushed to the ground, they were spat on and harassed, insulted, threatened and prevented from doing their work," RSF says.

Abuse was most common at demonstrations against Coronavirus-related policies. More than three-quarters of all physical attacks occurred at such protests, in which tens of thousands of people often took part.

The alarming development has led to Germany being designated yellow, or "satisfactory", on RSF's map of press freedom for the first time. The ranking system, in use since 2013, previously always showed Germany as white, meaning "good".

To improve press freedom and make work safer for journalists on the ground, civil society and media unions such as the German Federation of Journalists (DJV) have unveiled a code of protection. They are calling for all those involved — including media organizations, politicians and police — to take responsibility. Precautions taken by broadcasters and publishers will play an important role, as will closer consultation with authorities.

Concrete proposals include a fixed contact person in every media organization to assist those who experience assault or threats. Editors should offer to provide reporters with security personnel, for example when filming at demonstrations. According to DJV chairman Frank Überall, everyone must work together to stop the violence: "Playing a blame game after attacks doesn't help. We need to look forward in the interest of the safety of our colleagues."

Reporters and camera teams covering protests don't always feel adequately protected by police. This was the case at a demonstration against Coronavirus protection measures in Kassel in March 2021, where, among other incidents, a photographer was attacked.

Politicians seem to have heard Frank Überall's wake-up call. Deputy government spokeswoman Ulrike Demmer says that free press and broadcasting are central to the functioning of a democracy and the fundamental values of society: "And whoever attacks those, attacks democracy," she said, adding that such acts must therefore be prosecuted "with all the rigor and consistency of the rule of law."

Interior Ministry spokesman Steve Alter admits that more needs to be done. The value of independent reporting, including and especially when it comes to demonstrations, must be given more focus, he said. "That's why appropriate precautions are being taken when it comes to operations." However, it was also clear "that there must be some form of mutual agreement, some form of cooperation with the police." By this he means that journalists should "advise each other and then possibly also take into account advice from the police." Alter hopes that in this way, journalists can minimize their own risk "without their reporting being restricted as a result." 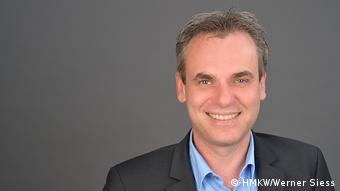 Frank Überall, Chairman of the Association of German Journalists (DJV)

Media associations and organizations are also calling for increased protections outside of more-or-less dangerous situations like demonstrations. For example, DJV chairman Frank Überall is critical of the planned reform of policing laws intended to legalize the cracking of encrypted communications. He says the control mechanisms of such a serious state intervention are not adequately regulated, and important professional groups like journalists are explicitly not protected. "If the law were to be enacted in this form, it would be a further blow to press freedom in Germany," warns Überall.