Protecting human rights in a globalized economy | World | Breaking news and perspectives from around the globe | DW | 10.12.2012

Since June 2011, new United Nations guidelines have been in place to improve the protection of human rights in a globalized economy. But they are not always applied, critics say. 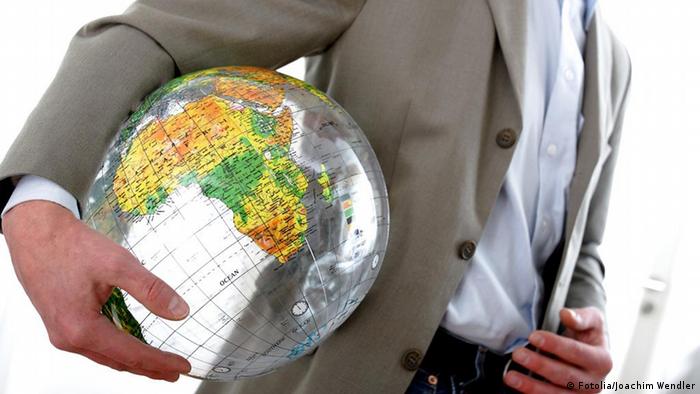 Effective and internationally agreed rules on human rights protection in the field of business have become increasingly necessary over the last 20 years, according to John Ruggie. The former special envoy to the UN secretary general is the main author of the UN guidelines on the economy and human rights.

Companies' rights to do business on a global level have been extended considerably - by introducing robust rules, for instance, to protect investments and patents. On the other hand, in a changed economic environment "the field of human rights protection hasn't been expanded accordingly," Ruggie criticized. 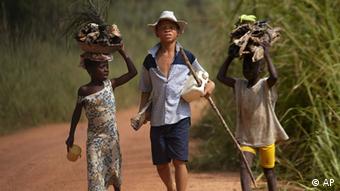 Companies have to prevent all forms of economic exploitation

The UN guidelines on economy and human rights are based on the assumption that protection of these rights remains primarily in the hands of national states and their governments. But companies do have to respect international human rights norms, too - in addition to national laws and regulations.

According to the UN guidelines, the companies have to prevent slavery, child labor and all other forms of economic exploitation from happening in their areas of responsibility. They have to ensure safe and humane working conditions - in accordance with the core agreement published by the International Labor Organization (ILO). When they're building industrial plants or pipelines, when they buy land or when they mine energy resources and other natural resources abroad, the companies also have the obligation to respect the local population's human rights. If there are cases of human rights violations, it's the joint responsibility of both companies and governments to guarantee compensation. 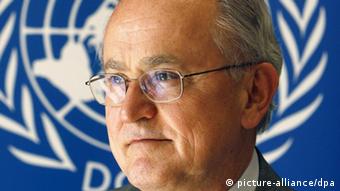 John Ruggie, special envoy to the UN for human rights

When the UN Human Rights Council passed the guidelines in June 2011, that was only the first step. What counted was to achieve implementation, John Ruggie stressed. But which concrete measures have been taken over the last 18 months to implement the guidelines?

Experts gathered in Geneva during a global forum for the economy and human rights to discuss such questions. At the forum, Andrey Galaev, chairman of Russian energy giant, Sakhalin, stressed that his company hds been working according to the demands as stipulated in the UN guidelines ever since the firm was founded in 2000.

Debbie Stothard, human rights activist with the alternative ASEAN network, ALTSEA, could not think of any concrete example among Southeast Asian nations where the new UN guidelines had already been implemented. But she was still hopeful that they could prove an effective instrument in the future at least to improve human rights protection in her part of the world: for example in Burma and other Asian countries, where foreign companies often dispossess the rural population randomly - and sometimes violently.

Just recently, the European Union published a practical guide to human rights for small and medium-sized enterprises, according to special envoy to the European Union for Human Rights, Stavros Lambrinidis. In a second step, in April 2013, the EU plans to publish special guidelines for companies from the oil and gas sector, for companies working in ICT, as well as for employment agencies. 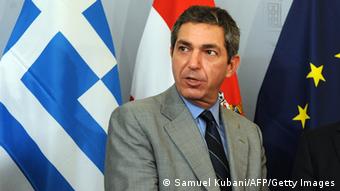 Stavros Lambrinidis, special envoy to the EU for human rights

There have also been instances where national courts have taken on cases alleging human rights violations against multinational corporations headquartered in that country, John Ruggie explained. It's a development, he said, which gave reason to hope that protecting human rights will be improved. Swiss authorities, for instance, launched an investigation against food giant Nestle - after a lawsuit by the European Center for Constitutional and Human Rights in Berlin against some of the group's leading managers. The plaintiffs have accused the managers of being involved in the murder of an inconvenient unionist at a Nestlé subsidiary in Colombia.

Similar actions have been dealt with in courts in Canada, Australia, the Netherlands, France, Belgium and other countries, said Ruggie. These kinds of extraterritorial legal proceedings were on the rise, he said, because "governments are acknowledging that what's at stake is no less globalization's social sustainability."

Winners of an award aimed at those who work to improve the lives of others have been picking up their prizes. Among them were a female Afghan doctor and an advocate of peaceful resistance. (08.12.2012)

EU less than peaceful ahead of Nobel ceremony

The Nobel committee considers the European Union a big project for peace and understanding. But ahead of the award ceremony, the EU is busy nit-picking and quibbling. (10.12.2012)