An increasing number of species in the Caucasus are losing their natural habitat to deforestation. With international aid, environmental groups are trying to halt the destruction in several designated protected zones. 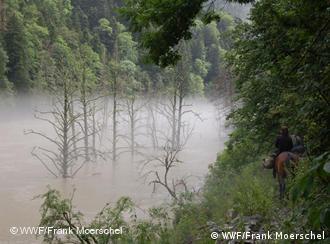 The entire protected area in the Caucasus now amounts to five and a half million hectares in 20 regions. That's thanks to various environmental-protection initiatives financed by international aid, some of which has come from the German government, which has funded several reforestation projects in the region. 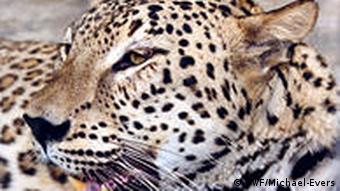 The Caucasian leopard is on the verge of extinction

Reforestation was carried out during the Soviet era too. But at the time, the focus was exclusively on pine trees, leading to a pine monoculture.

But activists from the nature conservation organization WWF say only a mixed forest including alder, ash, linden and other tree species make ecological sense so that enough species can survive as climate change accelerates. Experts say a rethink is necessary.

"We're trying to bring in new ideas to give the people new cultures and new tools," Frank Moerschel of the WWF said. "But the whole thing is also an exchange of experience."

But it's not always easy getting the local population involved in protecting the forest. In some regions of Georgia, almost 30 percent of the people live below the poverty line. Gathering firewood for heating and looking for pastures for their cattle remains more important for securing livelihoods than protecting the environment, according to Nugzar Zazanashvili, head of the nature protection arm of the WWF's Caucasus branch. 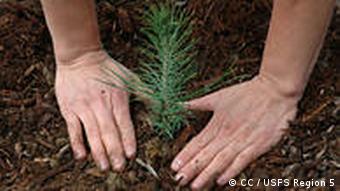 Planting new trees is the only way to reverse the destruction

"Communication with the local population is difficult. When we speak of 'your country, 'your interests,' 'your future,' the people don't understand that we don't mean just them but all of us," Zazanashvili said.

He added that experience shows that residents of the affected areas have only gradually begun to understand how important climate protection is for their future.

But the existing projects have led to tangible change in many regions. Some of the local residents have found work thanks to the projects, and now earn money by planting new trees or protecting the fences that are meant to keep out grazing cattle. And the aim is to provide long-term perspectives for the local population.

The projects are helping people market regional products such as cheese, meat and honey, provided they are produced sustainably and ecologically - for instance by ensuring that cattle grazing is only carried out in designated areas.

And efforts are being made to ensure that residents continue to have a right to sustainably-produced firewood from the forests. A vital resource in an area where winter temperaturescan plunge to more than minus 20 degrees Celsius (minus 4 degrees Fahrenheit) .

The first reforestation projects have already been concluded. Now the WWF is focusing on implementing further cross-border projects. With an area of 500,000 square kilometres (193,050 square miles), the Caucasus stretches across six countries - Georgia, Azerbaijan, Armenia as well as parts of Russia, Turkey and Iran. 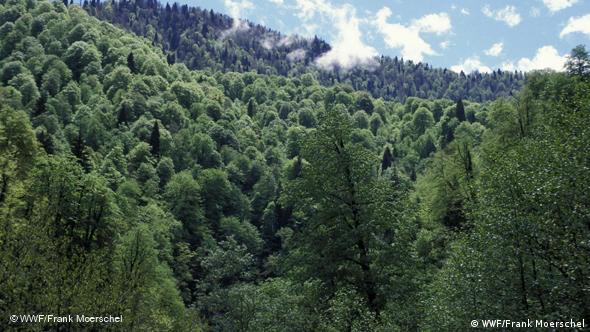 "This is a mountainous region - tensions and wars periodically flare up here. But there's also a kind of 'Caucasian identity' and 'fair play.' That means that even the ethnicities of the region are unable to find a common political language, we'll continue to try and protect the environment and nature together."

The WWF says the main aim of the cross-border cooperation is to link the individual protected areas with a so-called green corridor, create networks for the ecological and social development of the region, and finally offer endangered animals species, such as the leopard, sufficient living space.

A new forest for Georgia

In Georgia, schoolchildren help preserve forests that are home to a vast variety of species. (11.05.2010)

The Mekong Delta is threatened by rising sea levels. Mangrove forests offer some protection but they're being cleared for large shrimp farms. Organic shrimps and tree-planting could be a way out of the dilemma. (13.04.2010)

Germany's IFO Institute for Economic Research says the world's forest areas are shrinking by 7.3 million hectares a year. However, China's forests are growing. (07.04.2010)