Proposed tailings dam for Indonesian zinc mine ′almost certain′ to collapse | Environment | All topics from climate change to conservation | DW | 02.06.2021

The China-backed project has been designed so recklessly that it would condemn local villages to a catastrophic fate if approved, engineers say. 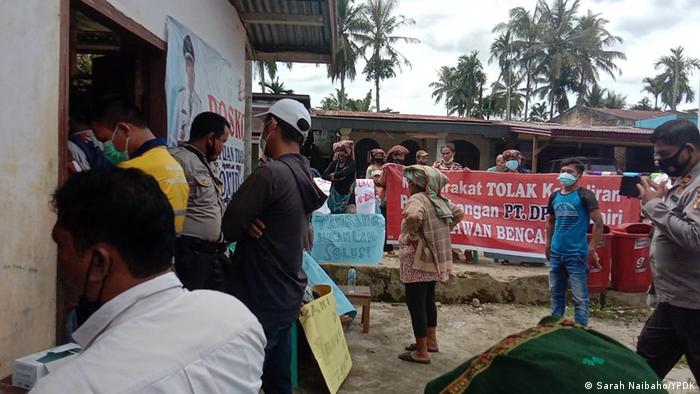 A few hundred meters from the village of Sopokomil in northern Sumatra, Indonesia, work is set to begin on a tailings dam for a zinc mine that experts say is a recipe for disaster.

The site rests on unstable volcanic ash. The region is wet and regularly hit by earthquakes. And the dam has not been designed to withstand floods stronger than those projected to hit once a century.

The villagers do not have math on their side.

If the project is approved in its current form, each year Indigenous people living near the mine will have a 1% chance of experiencing heavy rains that collapse the dam and send deadly waves of toxic waste streaming their way. At some point during the lifetimes of younger residents of Sopokomil and Parongil, another nearby village, it is more likely that not that the dam will have collapsed.

"This land is our legacy for our children and grandchildren, that's why we cherish it," said Asmarina Karosekali, a farmer in Longkotan village whose house stands on the land for the proposed dam. "If this house is taken, where should they go?" 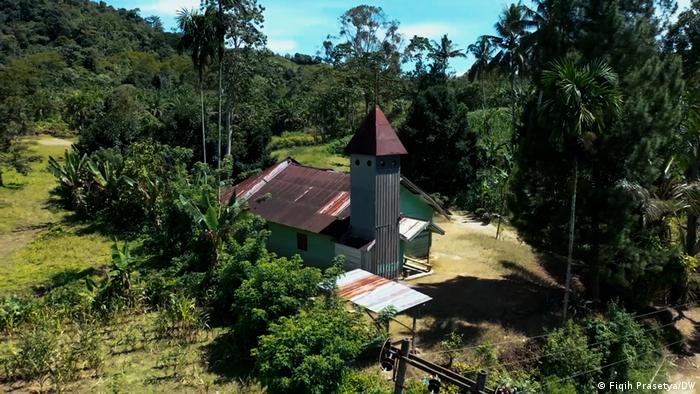 The threat to the villages has a global precedent.

Similar dams have recently given way in countries from Brazil to Russia — with catastrophic effects. In Brazil, a tailings dam killed 270 people when it collapsed in 2019, swamping the town of Brumadinho with torrents of toxic sludge that also poisoned ecosystems downstream. Landslides at jade mines in Myanmar buried hundreds of people alive under waves of mud in 2019 and 2020, when heavy monsoon rains weakened the foundations of waste piles.

Yet, despite unsuitable ground and weather conditions at the site in northern Sumatra, Indonesian officials approved an application for a tailings dam in 2005 that experts say was already flawed. They are now debating whether to approve an updated proposal to extend the dam — which has not yet been built — beyond its original scope.

"A failure of the tailings dam would lead to instant death for thousands of people with no warning, no time for evacuation," said Steven Emerman, an associate professor of Hydrology at Utah Valley University in the US, who has studied the dam on behalf of local communities. "Considering that the consequences would be severe and immediate, any tailings dam should meet the absolute highest safety standards possible — and we find the exact opposite here."

Unlike dams to hold back water, tailings dams store waste material dug out of a mine such as rocks and minerals that are sometimes toxic. They are often built cheaply and with little regulation, which has contributed to them failing at a rate about 100 times greater than that of water dams, according to a study published in the journal Geotechnical News in 2010.

The dam near the village of Sopokomil will use a rock wall, which is sturdier, but experts say the design is vulnerable to liquefaction that could cause it to tip when earthquakes and heavy rain turn wet ash into sludge.

The project's unstable foundations were confirmed by an environmental impact assessment submitted by the mine operator Dairi Prima Mineral (DPM) in May, according to an interim report commissioned by Inclusive Development International, a US-based NGO representing the villagers: "Such a tailings facility design and location fails to meet reasonable world standards for mining waste disposal."

Richard Meehan, a civil engineer at Stanford University who authored the report, wrote that approving the project would give a green light to a mine "almost certain" to result in a human and environmental disaster on the scale of the ones in Brazil and elsewhere.

DPM's technical director Ryno Chandra Mulya disputed some of the claims made by Meehan and Emerman, adding that the company has collected extra geotechnical data from drilling this week, which it has not yet published. "From this data we will create a technical design that will comply with the minimum safety requirement." 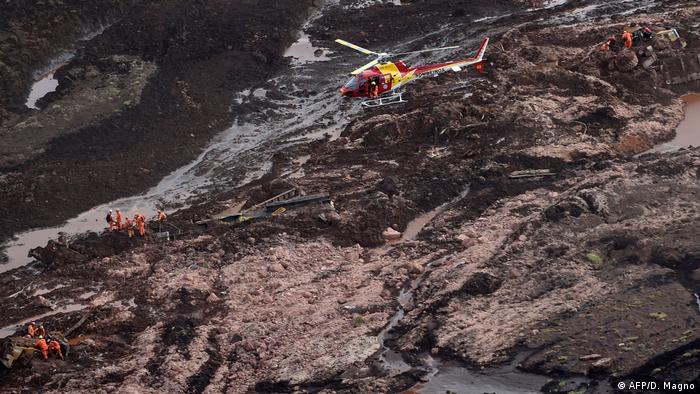 The DPM mine is a joint venture between China Nonferrous Metal Mining Group (NFC), which is owned by the Chinese state, and the Indonesian mining firm Bumi Resources Minerals (BRM).

Jointly financed mining projects are common in Indonesia, which lacks an established mineral processing industry and instead turns to Australian and Chinese backers with engineering expertise. DPM plans to ship, process and sell the lead and zinc from the mine to China.

But experts say the dam is so unsafe that its construction would be illegal in China, which last year limited the number of new tailings dams and shut down older ones because of fears about safety and pollution. "Somehow it seems that Indonesian lives aren't worth the same as Chinese lives," said Emerman, the hydrologist. 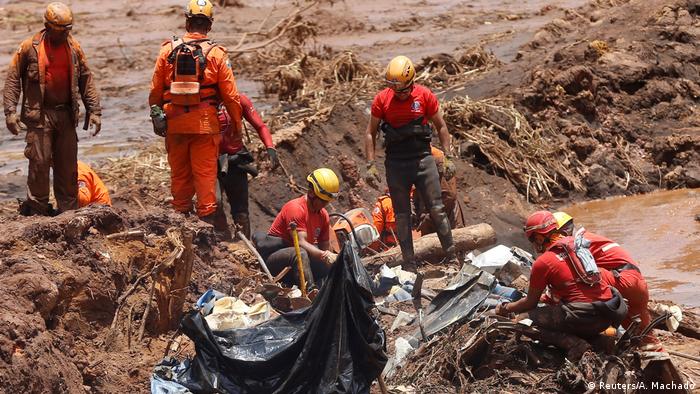 Achmad Zulkarnaen, a BRM spokesperson, did not deny the geological stability issues but said the risks were manageable. Two layers of geomembrane would prevent water from reaching the wall of the dam, he said, adding that failed dams represent "only a small portion" of tailings dams around the world. In fact, a study published in the journal Nature Scientific Reports in March looked at 1,743 tailings facilities and found 10% have reported "notable stability concerns" at some point in their history.

Zulkarnaen said the dam was designed to hold back a 100-year flood — and not the minimum industry standard 10,000-year flood — because the Indonesian government does not have data stretching back further.

The nearest weather station only has 10 years of data, and the next closest station with 30 years of data is hundreds of kilometers away at a different elevation, Emerman said. That lack of data calls for tighter standards, not looser ones, he added, calling into question the reliability of even the 100-year-flood projection.

Trying to mine Europe's lithium

Together with Indonesian NGO Bakumsu, villagers have submitted a formal complaint to the IFC, the private finance arm of the World Bank, which is linked to the project through an investment in the Postal Savings Bank of China, which lent money to NFC. The IFC did not respond to requests for comment.

Still, villagers are divided on what should come next. Jaben Sihaloho, an entrepreneur, said he would welcome DPM if residents were relocated away from danger and properly compensated. "Those who are supporting the mine depend on DPM for their livelihood," he said. "We, on the other hand, still have our agricultural land."
Fiqih Prasetya contributed reporting.

This article was updated after publication to include a statement from DPM's technical director.