As questions are asked about competition issues in the Bundesliga, season three of Project Fussball returns to explore one of Germany's most popular and complex rules: 50+1. 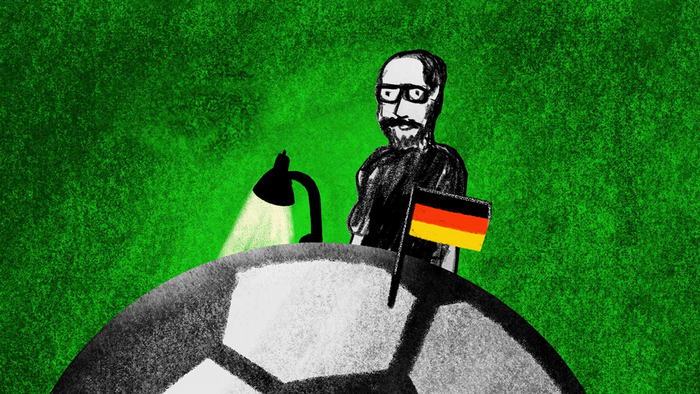 Project Fußball is a podcast about everything other than the games

With Bayern Munich daring to win a 10th consecutive Bundesliga title, Germany's top-flight continues to suffer from a competition issue. At the heart of the debate is German football's most complex and yet most important rule: the 50+1 rule.

In season three, Project Fussball delivers the defintive series on the rule.

We outline what it is, speak to those who work with it on a daily basis, discuss the pros and cons to the rule, explain the future of the rule and hear from a board member of one of Germany's most traditional clubs about why 50+1 is a part of German football's soul.

Join us to understand why this rule matters and why it sets Germany apart from other European nations.

Everyone knows who scored the winner on Saturday in the Bundesliga and which games Germany have before the World Cup, but what about the bigger topics in the world's most popular sport?

Project Fussball is a podcast dedicated to the stories, not scorelines, reasons, not results of German football.

In Germany, football is deeply woven into the tapestry of society, so what are the stories beyond the score lines? Who should we be listening to? And what must we learn from them?

Writer, commentator and podcaster James Thorogood will host the show, but the stars of Project Fussball will be the guests and experts as we look to dive into a diverse range of topics with a variety of voices.

Join us as we explore the role and responsibilities of football and tackle the issues changing the face of German football culture.

For more on season two of Project Fussball head over to page 2.

Ahead of and during Euro 2020, Project Fussball returns for a second season.

This time we look at German football identity.

Across five episodes, host James Thorogood is joined by an array of guests to discuss what German football is, how nationality affects experiences and the role German football has played in changing the world's most popular sport.

For more on season one of Project Fussball head over to page 3.

In our first season of Project Fussball we explored the impact COVID-19 had on German football.

In the final episode of season one, James chats to Bayer Leverkusen and Iceland midfielder Sandra Maria Jessen about playing and living during the global pandemic.

In the penultimate episode of series one, Werner Wolf, president of Bundesliga club Cologne, and Sandra Schwedler, chairwoman of St. Pauli's supervisory board, are the guests. Both talk to James about how the pandemic changed life in the boardroom.

In episode three, former Sportfreunde Lotte, Bochum and Hallescher FC head coach Ismail Atalan and SC Sand head coach Nora Häuptle speak to James about what it's like to coach during the pandemic.

Our second episode was with former player and current analyst Thomas Broich, who discussed how he believes the game has changed during the pandemic and how the future of football has been affected.

Our very first episode saw us chat to match-going fans in Germany, discuss their role in a pandemic, the big questions about being a fan and what lies ahead.