Problems and progress: Life for disabled people in Belarus | Europe | News and current affairs from around the continent | DW | 17.08.2019

In Belarus, neither state nor society are good at dealing with people with disabilities. A new law aims to change that — but will it make enough of a difference? 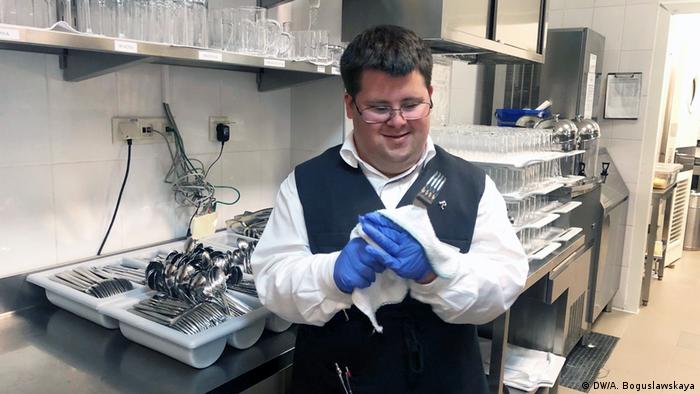 Vasily Pavlikov (top photo) has been working in Minsk's Renaissance Hotel for more than a year now. "He's tidy, responsible, polite to his colleagues, and very punctual," says Olga Dukhovich, the hotel's PR manager. Vasily Pavlikov was born with trisomy 21, also known as Down syndrome. His duties include polishing the cutlery for the hotel restaurant. Pavlikov was put forward for the job by an association that supports children and young people with disabilities. Hotel employees were given training on how best to include their new colleague in the team. Pavlikov is currently the only employee there with a disability.

The hotel had the idea of creating jobs for people with Down syndrome before its official opening in 2014. "We want to show other businesses in Belarus that it's not difficult to give work to people with disabilities," says Olga Dukhovich. "We want to encourage those companies to follow our example."

Twenty-eight-year-old Yekaterina Kucharenko, a trained speech therapist and psychologist, has suffered as a result. She applies for jobs, but is usually rejected out of hand. Kucharenko has mobility problems and has to walk with a stick. "I have all the medical authorization I need to work as a speech therapist, but no one will hire me," she says. 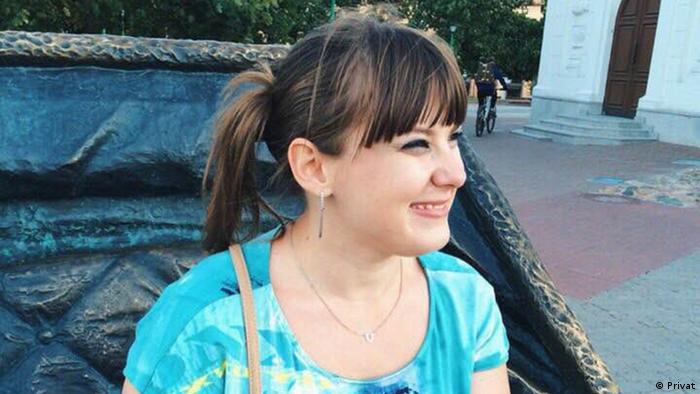 Yekaterina Kucharenko would like to work in her profession

For two years, this young woman tried in vain to get work in the profession for which she was trained. Finally, she took a job in a call center through an employment program for people with disabilities. The scheme came to an end after one year, and Yekaterina Kucharenko decided to seek work as a human resources consultant. She now intends to make this her career.

After the elections in November 2019, the parliament will vote on a new law that aims to improve the situation of Belarusians with disabilities. This draft law is based on the UN Convention on the Rights of Persons with Disabilities, which Belarus ratified in 2016.

However, Sergei Drozdovsky, the head of the Office for Rights of People with Disabilities, a Belarusian NGO, regrets that the draft law doesn't do away with the existing "state control over human lives." He refers to the case of a young, intellectually disabled mother in the southern Belarusian town of David-Gorodok. Following her grandmother's death, the local authorities took away her 5-year-old son, and put him into foster care. Officials declared the young woman incapable of caring for the boy on her own. At the authorities' request, the courts then deprived the mother of custody, even though she had the backing of the ministry of health. 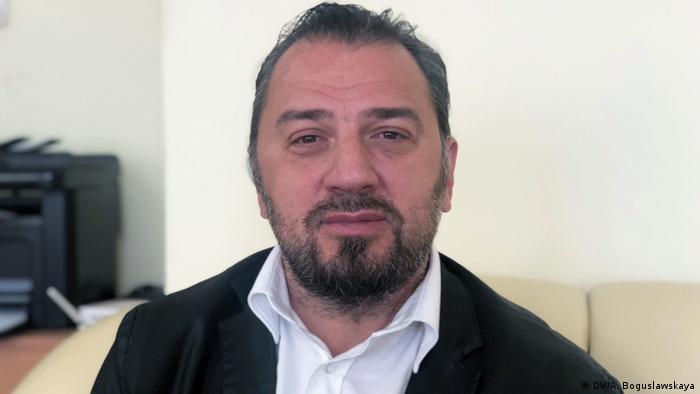 Sergei Drozdovsky wants equal rights for those with disabilities in Belarus

Drozdovsky says that, even in future, the Belarusian state will still be able to decide what a person with a disability may or may not do. "Instead of taking a family and looking to see whether perhaps it can be provided with support, the authorities simply take the child away," he says. His NGO plans to help the young mother in David-Gorodok with an appeal to a higher authority.

"The new law on the rights of people with disabilities does include some important points taken from the UN Convention," Drozdovsky says. Among other things, he welcomes positive improvements such as the ban on discrimination, and workplace quotas. But he says that many suggestions made by civil society were not incorporated. For example: "We proposed an enhanced article on the protection of rights, which would have allowed NGO employees to appear in court as representatives."

Another problem with the draft law, Drozdovsky says, is that it completely excludes people with mental disorders. In Belarus, they're covered by laws on psychiatry — but Drozdovsky wants these people to have the chance to exercise their rights as well.