A pro-Brexit MP has asked for a list of "names" from British universities of professors teaching EU affairs. The backlash has forced Prime Minister Theresa May to distance herself from her Conservative colleague. 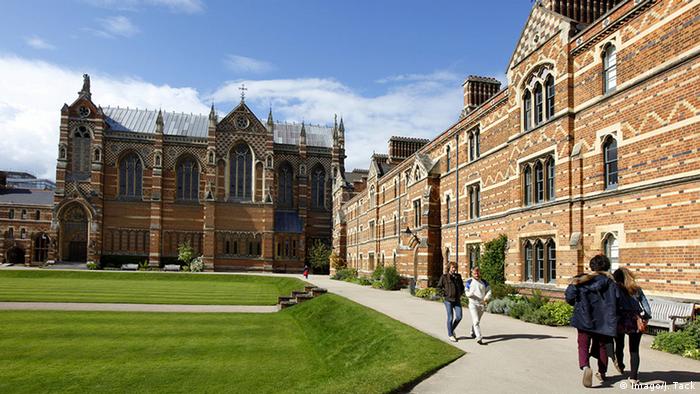 British universities strongly condemned a top Conservative Party lawmaker on Tuesday who asked them to provide information on how they teach Brexit  , Britain's planned departure from the European Union.

According to the British daily The Guardian, pro-Brexit government whip Chris Heaton-Harris had written to the heads of multiple British universities asking them for "the names of professors at your establishment who are involved in the teaching of European affairs, with particular reference to Brexit."

The MP, whose motives for writing the letter were unclear, had also asked for syllabi and online course materials.

Read more: What does Brexit mean for the research community?

An 'acrid whiff of McCarthyism'

Higher education officials have responded to the letter with fury, accusing Heaton-Harris of attacking intellectual freedom.

Alistair Jarvis, the head of the interest group Universities UK, said the request was "an alarming attempt to censor or challenge academic freedom."

The University and College Union (UCU) said the letter left an "acrid whiff of McCarthyism." Joseph McCarthy was a notorious US senator who in 1950s blacklisted people he had accused of being anti-American communists.

UCU General Secretary Sally Hunt said: "Our society will suffer if politicians seek to police what universities can and cannot teach."

British Prime Minister Theresa May's office distanced itself from the letter, saying the prime minister and leader of the Conservative Party had "respect for the freedom and independence of universities and the role they play in creating open and stimulating debate."

Heaton-Harris, the office said, had sent the letter to universities not as a government official, but as a member of the British Parliament.

In a tweet later on Tuesday, Heaton-Harris wrote: "To be absolutely clear, I believe in free speech in our universities and having an open and vigorous debate on Brexit."

Many British academics had argued for Britain to stay in the EU before the 2016 Brexit referendum.

According to a January UCU survey, around 90 percent of academics agreed that Britain's departure from the EU will negatively affect British higher education.

More recently, some pro-Brexit politicians have said they are worried that pro-EU support in the British media and academic establishment could threaten a successful Brexit.

But the Russell Group, an organization of Britain's top universities, has denied any link between academics' support for Brexit and the quality of their work.

"Whether academics supported leave or remain at the referendum has no bearing on their ability to deliver stimulating, challenging courses which include a full range of views and opinions on our relationship with Europe," said the Russell Group's head of policy, Jessica Cole.

Opinion: Trouble brewing in every corner of Europe

This EU summit proves: Trouble is brewing in every corner of Europe. But the bloc does not need grand visions; it needs practical solutions to the problems it faces, says DW’s Christoph Hasselbach. (20.10.2017)