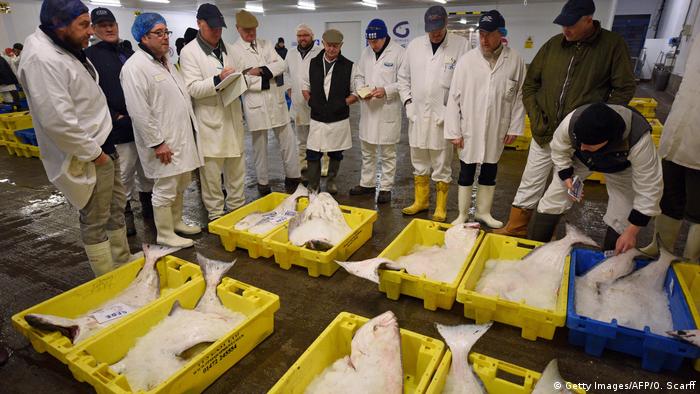 Grimsby found itself in a media storm with satirical overtones on Wednesday after its newspaper disclosed that political and industry envoys had gone to London last week to ask that its port facilities be exempted from Brexit when Britain leaves the EU in 2019. 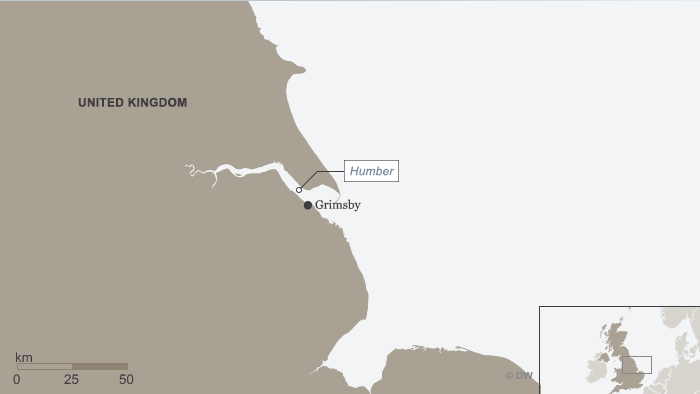 Some are concerned that "eye-watering" fees based on World Trade Organization rules would come into force – 10 percent on cars, 22 percent on strawberries and 32 percent on wine, it added.

British author Jonathan Coe remarked ironically that "Grimsby wants to have its fishcake and eat it."

The region's traditional fishing ports — part of North East Lincolnshire — now imported "90 percent of the fish it processes for retailers, restaurants and fish and chip shops," the Grimsby Telegraph reminded its readers, who last year voted largely that Britain leave the European Union.

"Brexit exemption sought for town's seafood trade," was the headline on the website Humberbusiness, which combines business articles from the Grimsby Telegraph and the Hull Daily Mail. 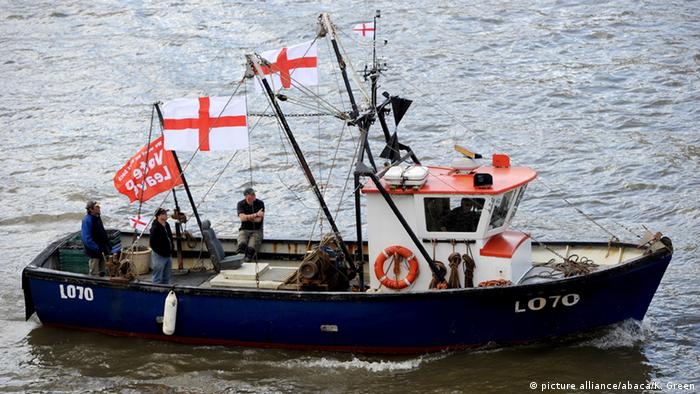 Campaigning for Brexit on the Thames in June, 2016

Grimsby fisheries spokesman Simon Dwyer, who also went to Westminster, was quoted as saying the ports he represented, Grimsby and Immingham, wanted the "privilege of not putting import taxes or duties on seafood."

"If seafood is stuck in Calais for two days on its way to us, then that is no good either," Dwyer said. "All of this is about making sure we remain competitive."

One local member of Parliament, euroskeptic Tory Martin Vickers, said if freedom to trade freely with Europe was kept it would be "very beneficial" and a sign of post-Brexit optimism.

EU negotiators, however, have repeatedly stressed that once Britain leaves, it will lose the single market's "indivisible" four freedoms for goods, capital, services and labor. 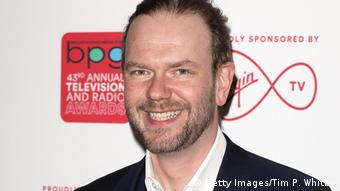 "Grimsby, the heart of the English seafood trade, could be damaged irreparably because of business that could make its way to comparable ports in Germany," he said.

"You couldn't make this up, could you?" said O'Brien, adding that the U-turn on Brexit by Grimsby's representatives was so laughable that it would "put satirists out of work."

Brexit exemption for everyone!

A laconic British presenter and scientist, Professor Brian Cox chipped in too Wednesday, tweeting: "I'm in favour of giving everyone in the county a Brexit exemption."

Likewise, television chef Emma Kennedy asked: "If Grimsby gets it, can I have an exemption from Brexit too please?"

Last week, the Grimsby Telegraph took readers a further step beyond a negotiated Brexit by speculating on a "no deal" scenario, given the slow pace of talks in Brussels after five rounds that ended in deadlock. 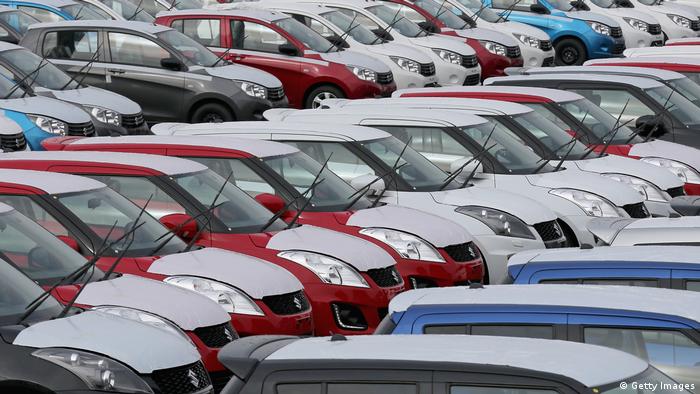 "Flights at Humberside Airport grounded, mile-long queues at Immingham Port and cancer patients at hospitals left without treatments — that is what a 'no deal' with the EU could look like for the region," it forecast.

Its headline referred to Britain's potential exit from Europe's open skies regime and from Euratom, which allows for unimpeded delivery of isotopes for cancer treatment, as well as to Immingham, Britain's largest port in terms of tonnage transited.

Ministers, civil servants and key North East Lincolnshire services and industries were "preparing for the fall-out," the newspaper warned.

Brexit: Why people are increasingly talking about the 'Norway model'

After voting for Brexit, the UK has to negotiate its trade relations with the EU and other countries. In this context, the so-called 'Norwegian model' has emerged as a favorable option, but what does it actually mean? (30.06.2016)

Will the Brexit save UK's fishing industry?

Small-scale fishermen believe Britain's departure from the EU will stop what would have been a bleak future for their sector. But green groups warn against a fishing free-for-all. (27.07.2016)