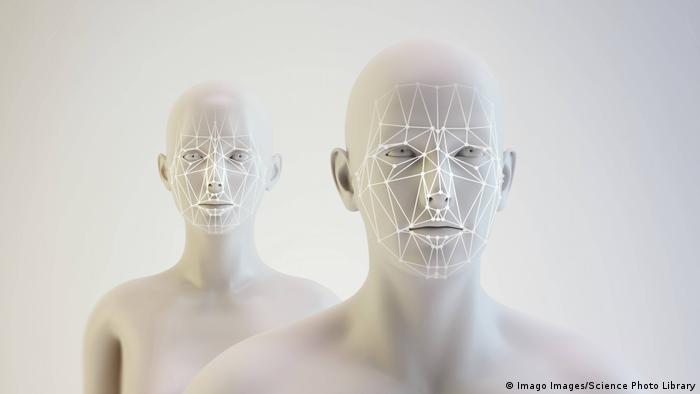 Clearview says its technology is helpful to police

The facial recognition firm has built a sizeable database of billions of images "scraped" from the web, including from people's social media accounts. Critics have raised concerns that its technology could be open to abuse and lead to the type of mass public surveillance seen in countries like China.

"Extracting our unique facial features or even sharing them with the police and other companies goes far beyond what we could ever expect as online users," Ioannis Kouvakas, legal officer at Privacy International (PI), said in a statement.

PI was among four digital rights groups to lodge complaints against Clearview in France, Austria, Italy, Greece and the UK on Thursday.

"We expect them to join forces in ruling that Clearview's practices have no place in Europe, which would have meaningful ramifications for the company's operations globally," PI said.

Why do activists oppose Clearview?

The campaigners allege that Clearview doesn't have any legal basis for collecting and processing biometric data under the European Union's General Data Protection Regulation, which covers facial images.

"Just because something is 'online' does not mean it is fair game to be appropriated by others in any which way they want to — neither morally nor legally," said Alan Dahi, a data protection lawyer at Austrian privacy group Noyb.

The image stockpile was first reported last year by The New York Times, which detailed how the company was working with law enforcement, including the FBI and Department of Homeland Security in the US.

What did the company say?

Clearview says the images in its database come from "public-only web sources, including news media, mugshot websites, public social media, and many other open sources."

CEO Hoan Ton-That said in a statement that "Clearview AI has never had any contracts with any EU customer and is not currently available to EU customers."

The complaints to European regulators are based in part on requests individuals can file to see what data a company holds on them.

Ton-That said Clearview "voluntarily processed" the requests, which "only contain publicly available information, just like thousands of others we have processed."

In the EU, the company is facing a legal challenge filed by civil liberties activists earlier this year. The activists are seeking to block the company from gathering biometric data in California, including from sites such as Facebook, Twitter and Google.

Meanwhile, privacy watchdogs in Australia, Britain and Canada have also opened investigations into the company.

The dangers of deepfakes

Amazon bans police use of facial recognition technology for a year