Prisoners walk out on lunch with Pope Francis

Two inmates from the coastal city of Napoli have escaped after having lunch with the pope in the historic city of Bologna. Pope Francis has long advocated for prisoners' rehabilitation into society. 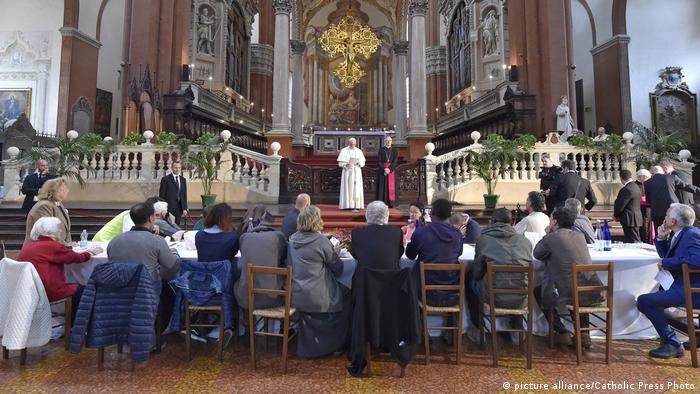 During a visit to the historic city on October 1, the pope attended a lunch with 20 inmates from a prison near Modena. However, before lasagna was served, volunteers realized that two of the inmates had left voluntarily.

Fearing the worst, the volunteers immediately alerted police of the escapees. Police have asked the public to cooperate in finding the two fugitives, who have yet to surface after their daring stunt before the pontiff.

The two fugitives were identified as Neapolitans. Castelfranco Emilia, the social reintegration facility that formerly housed the escapees, hosts two groups of prisoners: drug addicts and people who require supervision for being a danger to public safety. It is unclear which group the two inmates were part of.

Pope Francis, the leader of the Catholic Church, has long advocated for the rehabilitation of prisoners into society. In a series of ceremonies leading up to Easter earlier this year, the pontiff washed the feet of inmates at a prison near the Italian capital of Rome, saying it is a Christian virtue to serve marginalized communities.

Pope Francis has expressed concern at the Nicaraguan government's stand-off with the Catholic Church. The comments come days after the bishop of Matagalpa was detained.