For quite some time now, Nigeria has been intensifying efforts to recover stolen state assets from abroad. President Muhammadu Buhari's government has won some recent battles — but it is fighting a losing war. 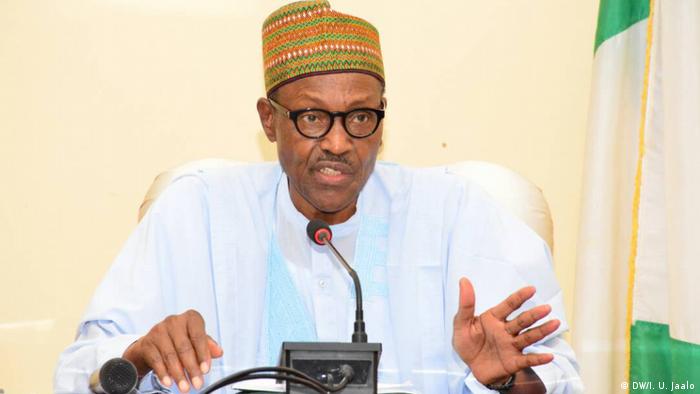 Upon assuming the presidency in 2015, Muhammadu Buhari declared his goal of putting an end to graft in Nigeria. But his government has so far had mixed results. Nigeria has even slipped on Transparency International's Corruption Perception Index — from the 136th place when Buhari was inaugurated to 148th out of the 180 countries surveyed.

But there is one area in which Buhari is intensifying efforts: the recovery of embezzled and stolen assets domestically and abroad. In April, his government managed a spectacular success, announcing that over $320 million (€270 million) had been returned by Switzerland.

The money is from the "Abacha robbery," named after Sani Abacha, the 1990s military dictator who, with members of his family, pilfered upwards of $2 billion from government coffers and deposited it in overseas accounts. Years of negotiations — not to mention litigation in both countries and mediation by the World Bank — were necessary before Switzerland would release the embezzled funds.

A second international recovery campaign is said to be on the verge of a breakthrough. In early May, President Buhari visited his US counterpart, Donald Trump, in Washington, D.C. During talks, the two reached an agreement on, among other things, a plan for the restitution of about $500 million (€424 million) in stolen state assets. But when and how the money is to be returned to Nigeria has not been clarified.

Why does it take so long to repatriate embezzled assets from abroad — even almost two decades in the case of the Abacha funds from Switzerland?

"If someone owns assets in my country, I, as the government or judiciary, cannot simply take those assets away from that person on the basis of allegations," said Jean-Pierre Brun, who works for the Stolen Asset Recovery Initiative, a partnership between the World Bank Group and the UN Office on Drugs and Crime.

Brun assists governments in recovering embezzled funds from abroad. He said most of the cases he had dealt with were very complex.

Three conditions must be met for embezzled or stolen money to be returned to countries. First, the stolen assets must be found. "By definition, most of these cases are very complex," Brun said. "First you have to identify the assets. Sometimes it takes months and years to know where they are located because, when people are committing embezzlement or taking bribes or making illicit wealth, they want to conceal it in foreign countries."

"Second, once you have found them, you have to go through the legal proceedings in your own countries to prove criminal offenses and to obtain the confiscation of the funds," Brun said. He added that the lengthy process could require several sessions of legal proceedings.

"And then, once you have obtained court decisions, you have to enforce your court decisions in the foreign countries," Brun said. "So, this is where you end up in proceedings where you have eight or nine or 10 years of efforts." Differences in legal systems, language barriers and lack of legal expertise can lead to additional problems.

The Nigerian government's success shows Buhari's dedication to recovering the embezzled funds. According to the government, between May 2015 and October 2017, it recovered $2.9 billion in embezzled assets — a large proportion of that within the country.

The effects of the recovery endeavors are apparent, said Vaclav Prusa, who works for CISLAC, the Nigerian branch of Transparency International. "If you go around Abuja and most of the other Nigerian cities, you see property marked as confiscated assets," he said.

"It is extremely difficult to verify from outside how much has been actually recovered," Prusa added. "The public wants to see asset recovery from those that have abused power. And the government knows that, and this is why they boast with the volume of recovered assets. But, on the other hand, I think the government has been not able to convince the public that they have put the system in place and that recovered assets do make a difference for ordinary people, so to say."

The deal with Switzerland shows a more transparent approach. The $320 million will go directly into a conditional cash transfer program, instead of the state budget. The program, a joint initiative by the World Bank and the government, aims to fight poverty in Nigeria.

According to Germany's Economic Cooperation and Development Ministry (BMZ), over $50 billion is lost each year to illegal outflows such as embezzlement, corruption and tax evasion in African countries. That's far more than governments can recover, despite their best efforts.

Still, at the very least, Nigeria's recent success has drawn international attention to the issue. This week, the heads of Africa's anti-corruption authorities met in Abuja to discuss better coordination in recovering illegal assets. Germany's government has also acknowledged the need to take action. In March, the BMZ launched a dialogue between African nations and EU countries on the repatriation of stolen assets.

Every evening at 1830 UTC, DW's editors send out a selection of news and features journalism. You can sign up to receive it here.