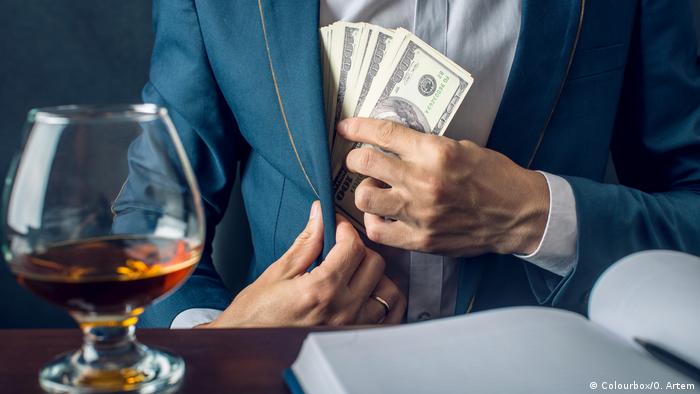 "We suspect that in the coming months we will witness a lot more corruption," said the Swiss diplomat and secretary-general of the Vienna-based, security-focused body.

"The criminals adapt rapidly to systemic weaknesses induced by the COVID-19 crisis," said Greminger, adding that people smuggling was also likely to increase.

Border controls reintroduced since March in the 26-nation Schengen zone — an area of free movement  — had overwhelmed many authorities and diverted resources, he said. He said he was convinced that criminals would exploit that resources are being diverted from other areas.

The Schengen zone, which includes 26 European nations and and over 419 million inhabitants, is the world's largest visa-free zone. Pre-pandemic it handled an estimated 1.25 billion trips annually.

Greminger also lamented that the coronavirus crisis was "strengthening very nationalistic instincts, solo initiatives and unilateral isolationist approaches"  and expressed his concern that the pandemic would cause the ongoing conflict in eastern Ukraine to be sidelined.

The OSCE is the world's largest regional security organization. It focuses on fostering peace, democracy and stability through political cooperation. It also serves as an important dialogue partner between Russia and NATO nations.

Smugglers facing enhanced border checks had switched from aviation to "land and sea routes," Europol said, citing the use of small boats to cross river borders, concealments in freight vehicles and cargo trains.

"If specific groups indicate that their needs have not been met, adjust the measures to include them. This principle is also relevant for the recovery phase," Zannier said, stressing the need to maintain "social cohesion."

Zannier warned that "deeply rooted anxieties can rise to the surface" during crises such as pandemics and urged states contemplating surveillance technologies to track Covid-19's spread to "not target any groups disproportionally."

The economic impact of the coronavirus crisis means Germany can expect €81 billion less in tax income this year than predicted. The finance minister said he is confident they can "bazooka" the economy back to life. (14.05.2020)

The European Commission has recommended keeping the EU's external borders closed to non-EU citizens in an effort to prevent a second wave of the novel coronavirus. Follow DW for the latest. (08.05.2020)