Pregnant and undocumented in Germany: 'It's hell'

Mary, from Ghana, has neither residency documents nor health insurance, meaning she and her unborn baby are at risk. Many undocumented women in Germany delay medical procedures because they fear deportation. 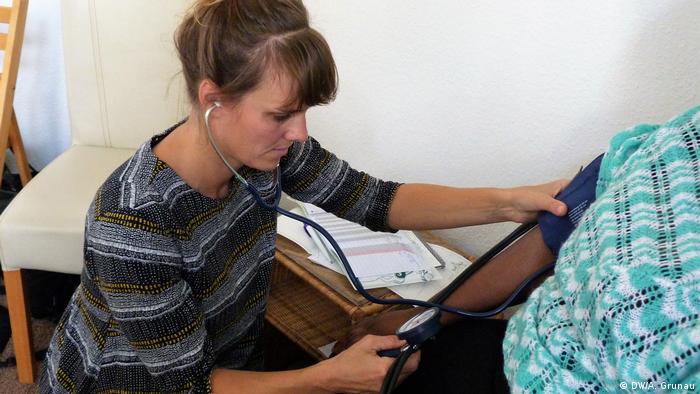 "Where do you live?" asks midwife Maike Jansen (above) as she kneels down on the floor in front of the pregnant woman.

"I don't have a place," answers Mary (name changed). "Sometimes I'm here, sometimes I'm there." The woman, who hails from Ghana, says that church members take turns helping her. The midwife offers empathy, saying, "It's hard if you don't have a stable base." Mary nods, as she grips the tissue in her hands.

Asked what life without residency documents is like, Mary says, "It's hell" — a phrase she will repeat throughout her medical visit. "If someone does something to me, I don't do anything, I just forget it." She won't say what people do to her. She says it is more important that she get healthcare assistance. 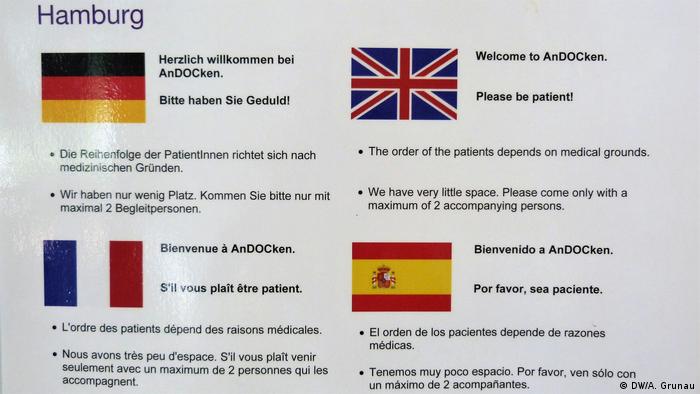 She gets this assistance at a church-sponsored healthcare charity called Andocken in the northern German city of Hamburg. A multilingual sign on the front door of the organization's offices reads, "We adhere to the principle of medical confidentiality."

Several patients are lined up to enter before the office has even opened its doors for the day. They are waiting to see healthcare workers including general practitioners, social workers, gynecologists, and, since April, midwife Jansen. Workers advise and treat patients for free, in several languages and anonymously.

Mary recently visited gynecologist Teresa Steinmüller. The diagnosis: High blood pressure, obesity, blood and bacteria in her urinary tract. She also only has one kidney — all these things pose grave threats to her unborn child.

Steinmüller says many of the women she sees are traumatized. She says some were raped while fleeing their home countries, and others have been the victims of female genital mutilation. Many are worried about children they have left behind. Mary, too, left a daughter with one of her aunts in Ghana. 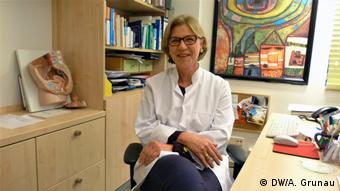 Steinmüller is both a gynecologist and a pyschologist

Steinmüller, who is also a psychologist, points out that life without proper documents leads to a fear of being caught and deported. That means stress for pregnant women: "They live in constant fear."

Fear, Steinmüller explains, leads to depression, sleep deprivation and anxiety disorders, as well as physical ailments such as infections or premature rupture of membranes. She adds that almost half of such pregnancies are high-risk and  says that this is what makes it so important that these women receive preventive care. "They need a lot more support," she says.

Doctors warn against a return to Ghana

Jansen, who has spent a lot of time working abroad and with refugees, takes time for Mary. She tenderly feels her stomach, determining exactly where her baby is positioned. She listens through an amplifier to hear the blood flowing through the umbilical cord. The patient becomes quieter, her voice softens. Mary has only one kidney. She says she donated the other to a cousin in England. She explains that is why she came to Europe in the first place. Her cousin died despite the transplant. That left Mary alone and without a visa.

Mary says doctors warned her not to return to Ghana because, with only one kidney, she would not be able to get the healthcare there that she needs. Germany's Foreign Ministry has written that, "Ghana's healthcare system cannot be compared to that of Europe and exhibits a number of technical, operational and hygiene problems." 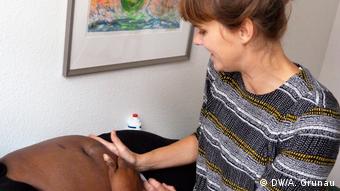 Jansen takes time to feel exactly where the baby is

The impossibility of a healthy diet

Mary made her way to Hamburg because others from Ghana said they could help her there. They directed her to the church clinic and gave her food, she tells Jansen. Mary says she stopped eating the starchy traditional Ghanaian meal fufu after learning she had a weight problem, and she has indeed lost weight since her last visit to the clinic. Her blood pressure has gone down, too. Mary says she is also drinking a lot more water and trying to move more each day.

Jansen praises her for her tenacity. She knows it is difficult for women with no stable place to live or income to nourish themselves with a balanced diet: "That's too much to expect," the midwife says. She gives them folic acids, iron, magnesium and vitamin supplements, as well as offers advice on how to use inexpensive home remedies to combat things like bladder infections.

The Hamburg clinic helps some 200 women each year. Most come from Ghana and other African countries, though a few also come from Latin America, Asia and neighboring EU member states. The clinic depends on donations to cover operating costs. 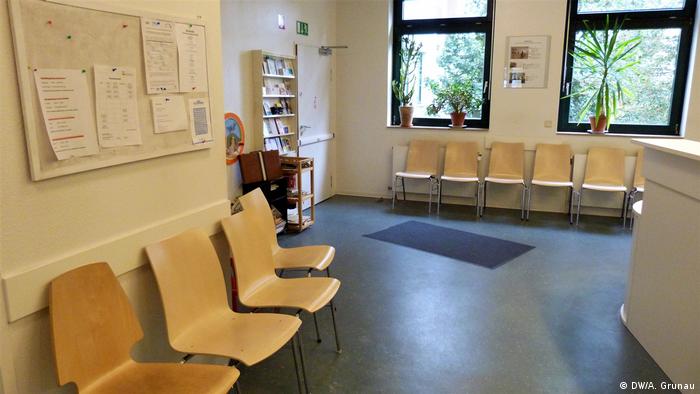 There are often long lines for the Andocken clinic in Hamburg, even before it opens in the morning

People like Mary are liable to prosecution in Germany. State institutions (except schools) are required to report all undocumented residents to local immigration authorities. At that point they face deportation. That is why women like Mary take great care to avoid drawing attention to themselves, and never get on a bus without a ticket.

Health is outlined as a human right in many international agreements. In Germany, Mary has the right to medical attention if she suddenly becomes ill during her pregnancy. But longterm treatments must be applied for, and healthcare workers say that fact leads many undocumented women to delay getting important treatment because they fear they could be deported.

In an emergency, everyone has the right to anonymous treatment in a German hospital, but Maria Jose Guillen Ramirez, a social worker at the Hamburg clinic, says it's very difficult to take advantage of that right. "Hospitals are obliged to treat people in an emergency, but there are some that simply don't." Hospitals that do administer treatment in such cases are often not reimbursed. 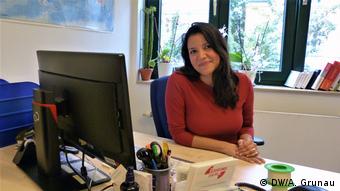 Ramirez says that when women first arrive at the clinic, they are very scared

Out of the shadows

Fear of authorities can also lead to grave legal consequences for the children of undocumented women, warns a Catholic forum dedicated to helping those without legal residency rights. If children "do not possess a birth certificate, they can prove neither their existence nor their membership in a family," the website explains. This means Mary could not keep authorities from separating her from her baby.

Still, in women like Mary are afforded some protections. After the 32nd week of pregnancy women can apply for temporary maternity protection residency status in Hamburg. Social worker Ramirez says that anyone granted such protection needn't worry about deportation for at least two months after delivery. They also receive free health insurance during that time.

Nevertheless, delivery alone costs several thousand euros, and that is money most women in such situations just don't have. That is because lack of residency documents keeps them from being able to get regular jobs. Instead, most clean houses for cash until their pregnancy becomes so advanced that they can no longer work. 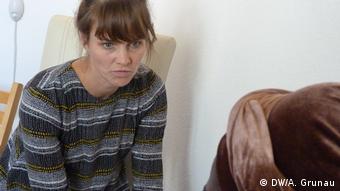 Many still fear deportation after childbirth, says the social worker. If the child's father is German, or is a legal resident in Germany, and acknowledges paternity, the mother is then allowed to legally reside in Germany until the child's 18th birthday. Mary hopes her child's father will sign the paternity papers. "I pray to god that he does it," she says.

Yet, come what may, she is determined to get a grip on her difficult situation. Repressing her fears, she says, "I have a daughter in Africa and I have to take care of my baby. That's why I have to fight. I can’'t just put my life at risk."