Prague's tourist sector is full of hope as it reopens to international tourism. But as the Czech capital gets back to business, can it avoid the overtourism excesses with which it struggled before the pandemic lockdown? People from all of the European Union and Serbia can travel to the Czech Republic without limits as of June 21 if they meet the rules of Covid vaccination or testing, or have recovered from the infection in the past 180 days,

As much as the return of tourists is anticipated the coronavirus pandemic put tourism and culture in the Czech capital in perspective. On the one hand, it exposed just how heavily Prague's economy rests on selling its charms. On the other, residents have relished a year enjoying their city, relieved of the crush of millions of visitors.

Pre-pandemic it would have been hard to find a local prepared to navigate the heaving tourist crowds on Charles Bridge. Over the past year, however, they've enjoyed crossing the Vltava River on the statue-lined landmark, reputedly stuck together in the 14th century using hundreds of thousands of eggs. 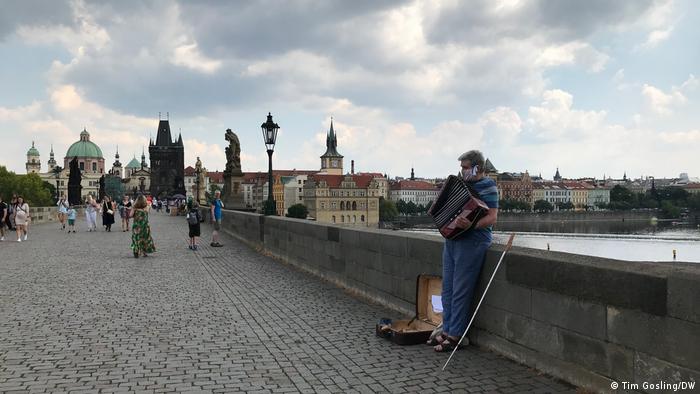 Coping for survival, tourism and cultural businesses have enjoyed the break far less. The city's coffers have also suffered.

During the first three months of 2021, Prague recorded an almost 94.6% decrease in tourism as compared to 2019. That year, according to the Czech Chamber of Commerce, across the country the sector pumped CZK130 billion (€5.1 billion; $6.18 billion) into public budgets and employed some 250,000 people.

Little wonder then that with COVID-19 retreating, the city is dashing to encourage a swift reopening. But Hana Trestikova, city councilor for culture and tourism, says that it is likely visitors will remain wary over the safety of travel and persisting restrictions. 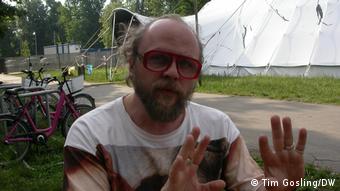 While the Prague-based contemporary circus outfit has spent the pandemic performing in innovative spaces ─ from open-top buses and pub windows to hospitals ─ just to keep itself functioning, Novak says neither the thrill nor the income provided by a sold-out performance can be substituted.

While entry restrictions to the Czech Republic are slowly lifting, with the first focus on neighboring states including Germany, most expect it will take a couple of years until the flow of international tourists recovers towards its pre-pandemic volume, estimated to have peaked at 10 million in 2019.

With that in mind, city authorities are doing a decent job of trying to attract locals to help fill the gap, suggests Tomas Prouza, President of the Czech Confederation of Commerce and Tourism.

Last summer and this, the city poured millions of koruna into campaigns to attract domestic tourists. Visitors attracted by Prague's marketing drive to use accommodation services can claim vouchers offering entry to a wide array of attractions and cultural performances.

Rail and bus operators, restaurants and breweries have also been recruited to expand the network of potential freebies. The full range of benefits can be managed via the At Home in Prague app.

Amid the rush towards reopening, however, there is also hope that Prague can use the enforced break to prevent a return to overtourism. In recent years the impact of mass tourism on quality of life in the city has become an increasingly urgent topic as the crowds of visitors swamped the center.

Pre-pandemic, the throng of rowdy drunken tourists monopolizing the streets of the old town, had gradually forced locals to retreat in the face of increasingly crude behavior. The tourist trade helped antagonize a chronic housing shortage, as apartments were taken off the rental market to serve as Airbnb lodgings. Shops and services aimed at local residents evaporated, replaced by tawdry souvenir outlets, overpriced convenience stores and tourist trap pubs.

The concern remains so palpable that it recently entered the political arena during campaigning ahead of national elections in the autumn. As lockdown measures were lifted, populist Prime Minister Andrej Babis, in a bizarre rant, insisted: "We don't want to open bars. We don't want foreigners from all over Europe to come here to drink."

More practically, Prague City Hall hopes it can take advantage of the pandemic to implement new strategies to deal with the issues.

"We see the pandemic as an opportunity to kick-start tourism in a sustainable form," says Tresitkova. "We're already creating alternative tourist routes outside the historic center, and we want to attract tourists whose reasons to visit are history, architecture or culture rather than cheap alcohol."

The pandemic has ─ at least temporarily ─ also delivered some fundamental changes that the authorities hope to maintain. 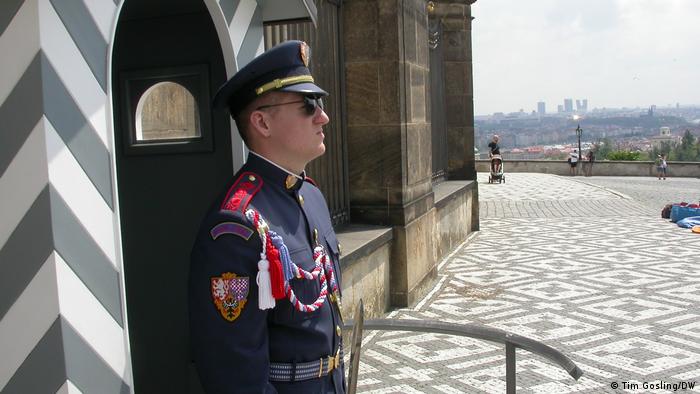 Reining in Airbnb has been a major target for the city council in recent years due to its devastating effect on the housing market. The pandemic had an immediate and dramatic effect on these accommodation services, boosting the availability of apartments on long-term leases in the city center and cutting spiraling prices in one fell swoop.

Prague now hopes to ensure that these properties will remain available to local residents through the imposition of conditions and regulatory control on short-term holiday accommodation services.

The city is also seeking to restrict the operation of shops and services aimed at exploiting tourist crowds. Buskers dressed incongruously as giant pandas have been banned from the gothic- and renaissance-lined streets and squares, and regulations to limit the "visual smog" from gaudy signs and advertising have been introduced.

Teamwork could be the answer

Prouza, who represents many of the businesses that will need to adapt to such regulation, agrees that overtourism is a serious issue requiring action. But he also warns the city must be smart.

Prague's hardline approach to accommodation services, for instance, aim only at "killing Airbnb," he says. He urges the city to try to understand instead how travel has been changed by the pandemic, and how such companies could be part of the solution.

"Research shows that people, post pandemic, want smaller, private, self-catering accommodation," Prouza says. Prague, he asserts, should learn how to form partnerships with such companies to actively help manage overtourism. These accommodation services can help, for instance, by redistributing tourists across the city, he suggests. 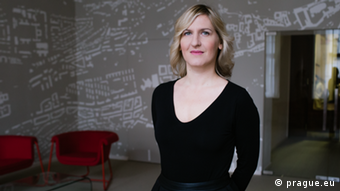 Prague city councilor for culture and tourism, Hana Trestikova, says the pandemic offers "an opportunity to kick-start tourism in a sustainable form"

Those businesses now eyeing the prospect of reopening appear to feel, however, that they have enough to contend with right now. While keen to be back in front of an audience, Novak says he's already been warned behind the scenes that restrictions could return in the autumn.

"That makes it very difficult," he grimaces. "We're used to planning shows up to four years in advance, but currently we don't know what will be happening in four months' time."

Trestiokova is similarly cautious, remarking that while there's a small sense of relief as tourism reopens, "we aren't out of the woods yet."

Charles Bridge, Prague Castle, St. Vitus Cathedral – they account for the splendor of the Czech capital on the Vltava River. But tasting Czech beer is also part of a visit to Prague.

Away from the crowds: 10 alternative travel tips

Love city trips, but don't want the jostling and shoving that comes with crowds? Here are ten tips for quieter, yet exciting alternative destinations in Europe.