Poverty and a lack of services are preventing rebuilding in Mosul, forcing thousands to choose the lesser of two evils and return to the camps. Over 2 million have yet to go back home. Judit Neurink reports from Mosul. 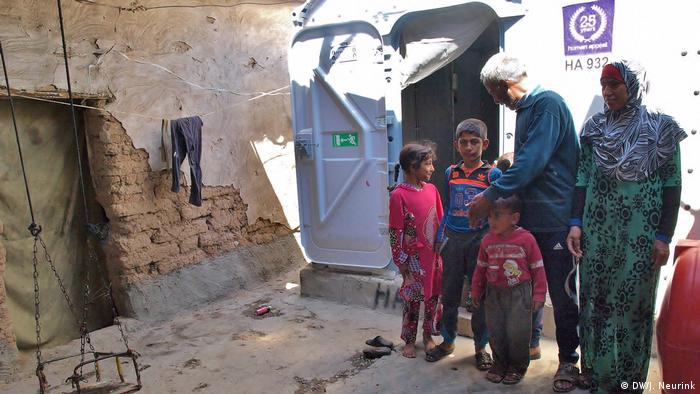 "My children collect scrap iron to sell," Abbas Mohammed said, picking up the iron pipe that one of his sons was playing with. The war against the "Islamic State" (IS) group left a lot of scrap lying around in Mosul, and trucks full of it leave the city daily.

"They pay us 250 dinars per kilo," Mohammed told DW. That is about €0.20, which in Iraq's second city will buy you a sweet tea in a teahouse. Many kilos a day need to be collected for a family of eight to get by.

Mohammed lives with his wife and six children in a poor part of west Mosul, the part of the city which suffered the most during the battle to evict IS. "Everyone here is tired and poor," he said. "We have no money."

Much of west Mosul lies in ruins, but Mohammed's Al-Amal neighborhood was only partly damaged. When he returned after fleeing the battle, he found the roof of his simple home destroyed. But he has no money for repairs. Like his neighbors, his poverty has grown since the IS occupation and the subsequent war, and nine months after the city was declared liberated their homes remain barely habitable.

Jubilation as school reopens in Mosul

According to the World Bank, the poverty rate in Iraq's liberated territories has doubled to over 40 percent, and the UN warns that one in four Iraqi children now live in poverty. The World Bank and Iraq's government set up a special fund of $300 million (€248 million) in February to improve living conditions for more than 1.5 million poor households by increasing access to basic services and creating job opportunities.

Mohammed is one of the 700 lucky recipients of housing units; the UNHCR, the UN's refugee organization, has placed it in his garden. These temporary shelters were supposed to tide people over while they repaired their homes, but the lack of money has turned them into permanent features. According to the UN, in Mosul alone more than 40,000 houses need to be rebuilt or repaired. The organization estimates that rebuilding in Iraq's liberated territories will cost at least $17 billion. 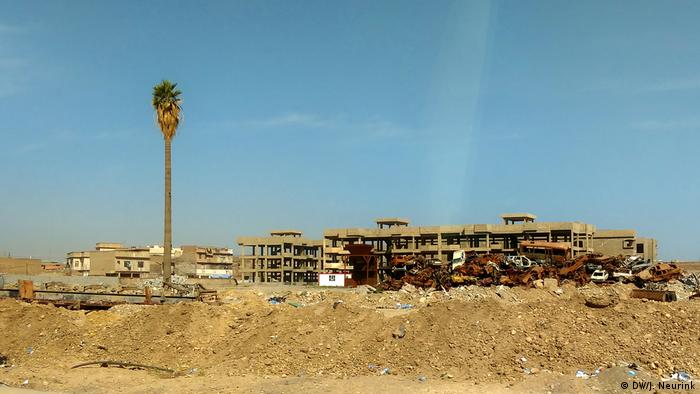 Read more: Mosul's displaced: 'I'm at the end of my years and have to live in a tent'

Besides that, there is a lack of basic services, says Hovig Etyemezian, who heads the Mosul office of the UNHCR. "For a sustainable return, water, electricity, schools and hospitals are needed. There is also the security situation, the presence of a number of factions, and tensions between the communities in Nineveh," he told DW. In some parts of Mosul, the rubble, and the mines and bodies beneath it, continue to prevent returns.

The situation in East Mosul is very different, with rebuilding in full swing. Here, the wealthier citizens have access to loans from friends and institutions. Etyemezian points to the private-sector solutions introduced there to counter the lack of state-provided electricity and water: "Generators and water [are] brought in by trucks. The issue is whether you can afford to pay for it."

What's more, schools are overcrowded and health services are below standard, he says. Faris Brow, who returned months ago to his damaged home in the western Al-Obour neighborhood, confirms this. He has a problem getting to a hospital on the other side of the Tigris for his kidney treatment. "I need dialysis twice a week. No clinic here is up to it, and I have no money for transport."

Brow says he can only get by because his son finds work as a laborer every now and again.

Etyemezian confirms that the lack of jobs is a major problem. "People here are highly dependent on the government. But how many can it really employ?" According to the World Bank, the unemployment rate in Iraq's liberated areas is currently around 21 percent.

This explains why over 37,000 Mosul returnees have chosen to go back to the IDP (internally displaced person) camps since January. This is an unwelcome development both for aid organizations and the Iraqi government, which wants to close the camps, mainly for propaganda purposes in view of the parliamentary elections scheduled for mid-May. Aid organizations announced in March that some 2.2 million people are still registered as displaced. 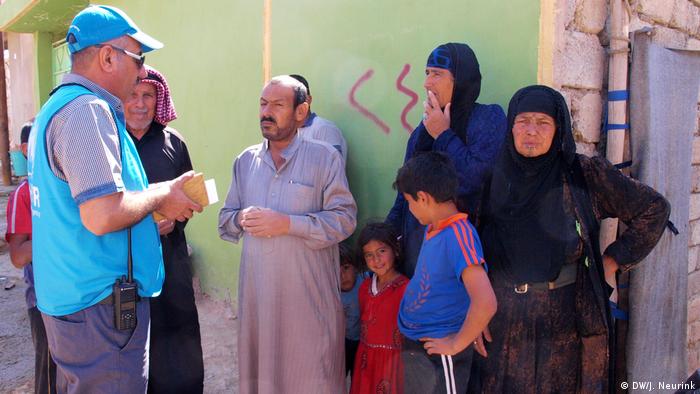 "There is a clear trend and it is driven by people running out of resources," said Etyemezian. "People no longer have the means to live and are returning to the camps. Their actions are not linked to the security situation or the armed conflict."

The quest for a dignified life

Some people return to the camps because their homes are too badly damaged, others because they found another family living in their house, or because they are scared of unexploded mines. In some cases, their neighbors will not accept them back because of their real or perceived affiliation to IS.

In some of the camps to the east of Mosul, the returnees outnumber those who are leaving to go home. If this continues, camps will have to be reopened. Yet aid organizations do agree with the Iraqi government that the camps should be emptied: "Camps for me are the final and the worst option," Etyemezian said. "They are supposed to be temporary, the last resort."

"Displacement leads to trauma every time. Meaning that if people return because it did not work out, they suffer additional trauma. The more displacements you experience, the more traumatic and the less dignified your life becomes," he added.

Something he has seen time and again, "is the assumption, when a war ends, that the problems are solved. But actually, you often need more money after a conflict. Because it's only when the dust settles that you realize how much damage has been done. It is easier when a conflict is at its peak, as people come to you and the media and donors can see it. Now it is much more complex."