The number of older Germans living on meager means has increased 25 percent in ten years, a report says. The opposition Left party says the government isn't doing enough for some of the nation's most vulnerable people. 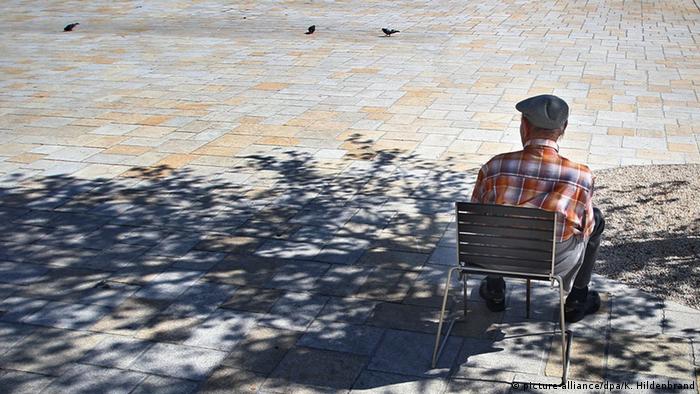 German media reported on Saturday that some 5.6 million residents over 55 were living in poverty or affected by social marginalization. This is a stark increase - nearly 25 percent - from a decade ago, when the number stood at 4.5 million.

The newspaper "Passauer Neue Presse" published the numbers, collected by the EU statistics agency Eurostat. In the statistics, people are considered as living in poverty or being "socially marginalized" if they earn under 60 percent of the average income in their respective country. 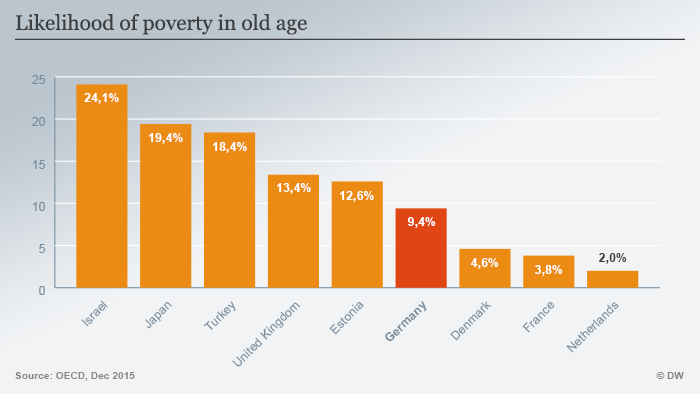 At 20.7 percent, the rate of poverty among the elderly in Germany is just under the EU average of 20.9 percent. But it is far above that in neighboring Netherlands, which has just 11.9 percent of its elderly population in dire financial straits.

"Poverty is spreading all over Germany," said Sabine Zimmerman, a member of parliament with the opposition Left party who analyzed the statistics. "Fighting poverty requires an all-encompassing plan that the current government doesn't appear to be concerned about."

She called for a federal minimum wage of 12 euros ($13.50) and more support for older citizens who are unemployed.

Why retirement is a campaign issue in Germany

Affording the golden years could be a hot topic in Germany's coming federal election, as many aging adults in the country look toward their retirement with growing concern. (01.08.2016)