Portugal's majority-center-left parliament has approved a revised bill permitting doctor-assisted suicide. President Marcelo Rebelo de Sousa still needs to sign the bill into law, and he is known to have reservations. 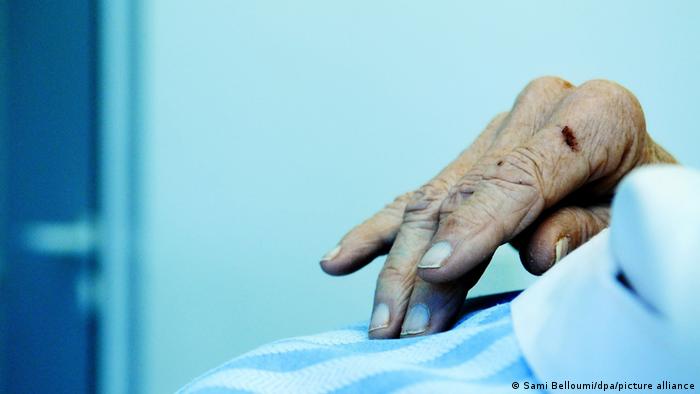 The parliament in Portugal approved a rephrased euthanasia bill to allow doctor-assisted suicide for the terminally ill and severely injured Friday.

The new version of the bill passed with a 138-84 vote and five abstentions. The bill still requires the signature of President Marcelo Rebelo de Sousa, a devout Catholic who is known to have deep reservations about the bill, having previously referred it to the Constitutional Court for assessment.

The chilling history of Nazi ‘euthanasia’

The rephrasing of the bill clarified the "imprecise" definition for when euthanasia would be possible after the Constitutional Court found that the bill's previous reference to "a definitive injury of extreme seriousness in accordance with scientific consensus" lacked "indispensable rigor."

The new version of the bill, which passed Friday, said euthanasia could be possible in cases of "serious injury, definitive and amply disabling, which makes a person dependent on others or on technology to undertake elementary tasks of daily life," and where there is "very high certainty or probability that such limitations endure over time without the possibility of cure or significant improvement."

Portugal's medics improvise to stay on top of the pandemic

The president can still veto the bill or refer it back to the Constitutional Court.

Criticism for passing euthanasia but not the state budget

Center-left legislators who sponsored the bill, made the revisions that the Constitutional Court had requested. Previously, the center-left in parliament sponsored laws that permit abortion in 2007 and gay marriage in 2010.

The left faces criticism from right-leaning politicians for passing the bill when the proposed 2022 state budget did not pass. Early parliamentary elections have been called for late January.

The parliament is expected to be formally dissolved later this month.

A literary journey to Portugal