It is the first time a budget has been rejected in Portugal since the country's transition to democracy in 1974. The move ends six years of relative stability under Prime Minister Antonio Costa. 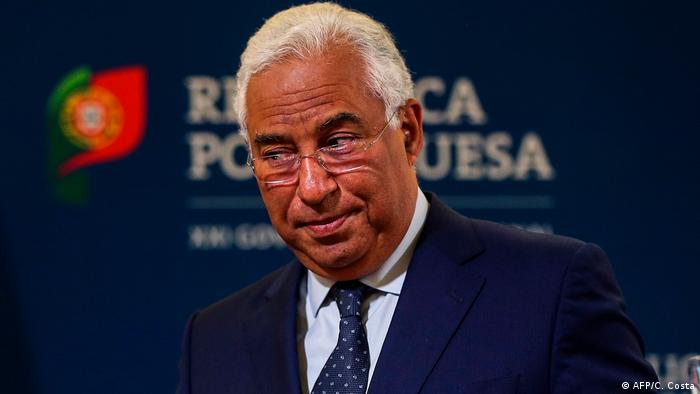 Lawmakers in Portugal rejected the minority Socialist government's 2022 budget bill on Wednesday, opening up the prospect of snap elections.

It is the first time a budget has been rejected in Portugal since its transition to democracy in 1974, and it ends six years of relative stability under Prime Minister Antonio Costa and his left-wing coalition partners.

Former allies of Costa teamed up with conservatives to defeat the budget bill, which included income tax cuts for the middle class and increased public investment to stimulate the post-pandemic recovery. It would also have cut the deficit to 3.2% of gross domestic product (GDP) from 4.3% in 2021.

The Communists and Left Bloc said they blocked the budget because Costa was too focused on deficit cuts, and had ignored their demands for more worker protections, social security improvements and more public investment in the health service.

Costa said he could not risk the country's international reputation, after its public debt burden led to painful austerity measures from 2011 to 2014 under an international bailout.

No choice but dissolution

President Marcelo Rebelo de Sousa warned that if the budget was blocked, he would have no option but to dissolve parliament and hold elections two years ahead of schedule.

"If parliament is unable to adopt a budget that's fundamental for the country, it would be positive to hear the voices of the Portuguese people, so they can say what they think about a future assembly," Rebelo de Sousa said Wednesday.

Under this process, there would likely be several weeks of consultations with the main political parties, Costa and the president's Council of State.

However, the two hard-left parties said they would be open to a new budget proposal instead of a dissolution, Expresso newspaper reported.

'My conscience is clear'

Costa has ruled out resigning and said he is ready to lead his party in any election campaign.

"My conscience is clear," Costa told lawmakers. "Because I did all I could to make this budget work without adding anything to it that would be to the country's detriment."

Referring to post-COVID economic recovery efforts, he said "the last thing Portugal needs, and the Portuguese deserve, is a political crisis at this moment."

If the president does publish a dissolution decree, elections must be held within 60 days, making January the earliest possible date.

The government had planned to stoke the economy with €45 billion ($52 billion) in aid from the European Union.

Polls show Costa's Socialist Party would easily win an election, but would again fall short of a parliamentary majority.