Criminal gangs smuggle sodas into Portugal to avoid sugar tax | Europe | News and current affairs from around the continent | DW | 24.10.2021 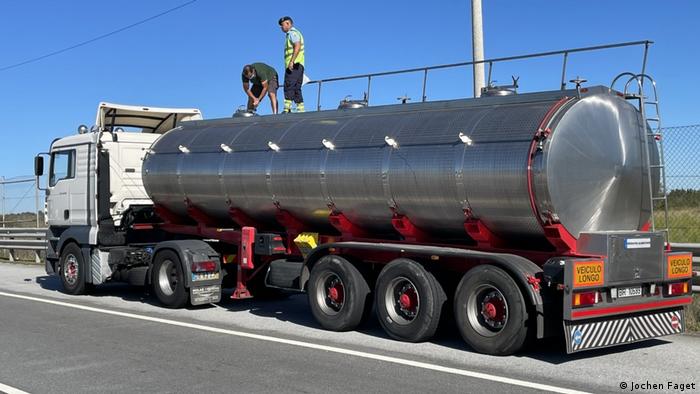 Customs officer Helder Mendes has lost count how of many trucks he has already stopped on this October day.

"Good afternoon, your papers, please. What is your load?" he asks a truck driver. Since seven in the morning, he and five colleagues have been checking trucks en route from Spain at Vilar Formoso, one of Portugal's busiest border crossings.

The customs team is looking for a type of contraband they have been finding lately with increasing regularity — soft drinks. In Portugal, soft drinks are subject to a sugar tax, while in Spain the sweet bubbly stuff is only subject to value added tax. As a result, soft drinks are increasingly being illegally moved across the border. Portugal hopes to put a stop to that trend by setting up simultaneous search operations at all national borders.

Portugal introduced a levy on soft drinks in 2017, said Helder Fernandes, head of the Criminal Investigation Department of the Portuguese GNR National Police, which is also responsible for customs investigations. "Over the past two years, we've noticed that smuggling these drinks has not only increased but is now professionally organized." 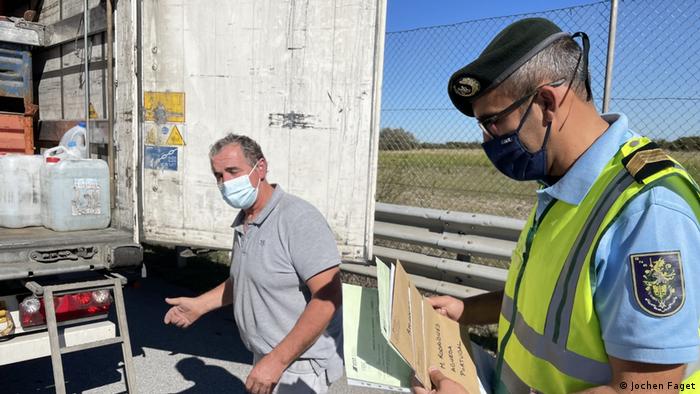 Every day, Officer Helder Mendes (right) has a thorough look through truck drivers' papers and loads

A search operation a year and a half ago proved just how professional they've become when police seized more than 600 hectoliters (15,850 gallons) of untaxed soda. It was the largest catch to date, involving €40,000 ($46,000) in taxes. The sugar-sweetened beverages were on their way to stores and restaurants in the greater Lisbon area.

No tax harmonization in EU

"The problem is that taxes are still not harmonized within the EU," says Fernandes, adding that this is true for VAT as well as the sugar tax, which is meant to reduce the amounts of sugar that people consume. "The tax is relatively small, but the quantity makes a difference."

So Mendes and his colleagues search truck after truck. They check pallets laden with goods, climb onto tanker trucks to look for untaxed sugary drinks and compare loading documents with tax forms on their laptops.

"It's not easy, because we have to match a lot of data to know if it's contraband," says Mendes, adding that they have to find out whether Spanish VAT was factored out of the price, whether Portuguese VAT was paid, and also check for proof that the Portuguese sugar tax was paid. 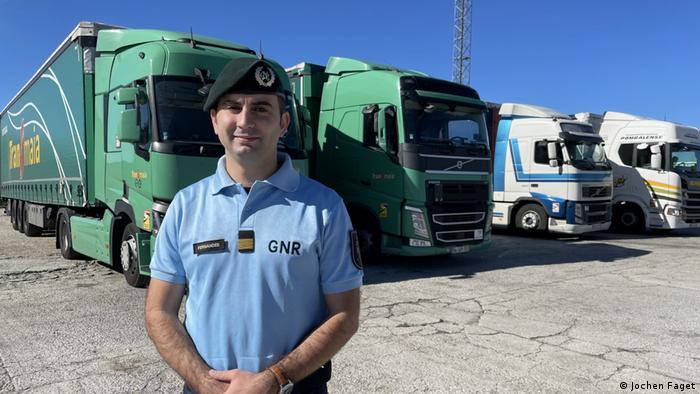 What is time-consuming at the borders has had a positive effect across Portugal. Many soda pop producers have reduced the sugar content in their drinks and consumption has dropped, according to the Health Ministry. The sugar tax has been successful in fighting widespread diseases including diabetes and obesity— despite the fact that the sugar tax amounts to just €1 per hectoliter.

However, the less expensive fizzy drinks from Spain are too good to pass up for people who don't take taxes too seriously, says Mendes.

"After all, people don't drive to Spain to buy soft drinks for a kids' birthday party," he says. "We are looking at pros that do this on a grand scale." 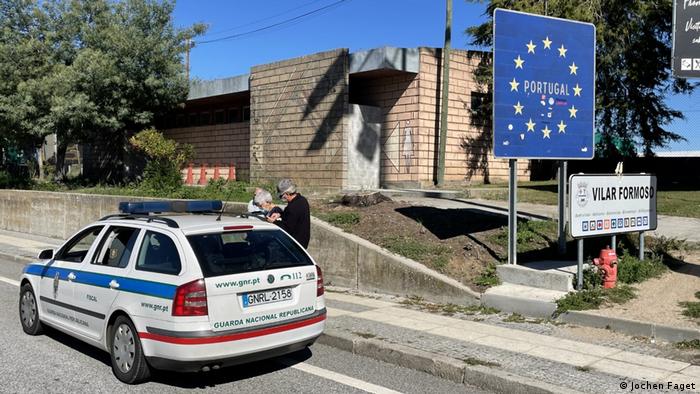 It's a lucrative business. Fernandes recalls a case where caffeinated lemonade was sold for 50 cents a can, while it normally costs a euro. The sellers still had a big profit margin, he adds. Smuggling soda pays off, which is why controls are no longer limited to border crossings.

"We now regularly check trucks in the country and stores," says Fernandes.

Shortly after noon, a total of 48 customs officers have finished checking almost 500 trucks along the country's national borders — without finding any smuggled soft drinks. Mendes and his team are done for the day, and leave the border crossing — at least until the next search operation.