Portugal denies need for bailout after Ireland deal | Europe | News and current affairs from around the continent | DW | 23.11.2010

Portugal has said that it will not follow Ireland in asking for financial aid, fearing that the result would be even greater austerity measures. But with Dublin striking a deal, many wonder who will be next. 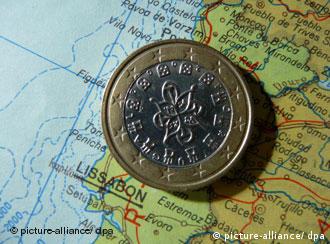 Portugal is seen as a future candidate for help

Portuguese Prime Minister Jose Socrates said on Monday that his country's economy remained robust and that there was no need for Lisbon to ask for a financial rescue package.

The comments came after Ireland conceded in agreeing to apply for a financial bailout program from the European Union and International Monetary Fund (IMF). 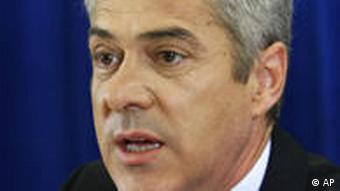 Portugal is high on the list of possible future rescue package recipients. However, Socrates said that his country's financial system was performing well and said that its level of public debt - expected to be 7.3 percent for 2010 - was in line with the EU average.

"There are no links between Portugal and Ireland," said Socrates. "I've heard a lot of talk of the IMF. The country does not have any need for aid."

The prime minister said he hoped that the Irish acceptance of a financial package, which follows that of Greece earlier in the year, would reassure nervous lending markets.

"I hope that the fact that Ireland has asked for European Union funds will permit the situation on the markets to return to normal, because Portugal is feeling the effects of contagion very much," said Socrates.

Like the Irish administration, which had been reluctant to seek assistance, Portugal's Socialist government is keen to avoid the need for outside help and any resulting loss of sovereignty. Such a course of action could prove unpopular with the electorate, with many older voters remembering traumatic interventions by the IMF in the 1970s and 1980s. 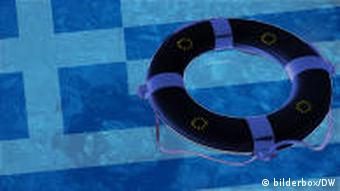 This led to public spending being slashed at a time when the welfare system was too insufficient to provide proper protection for those affected.

However, some believe that both the IMF's approach and the situation of a more developed Portugal in 2010 mean that a bailout is not so unthinkable.

"I think the mood against the IMF is changing slightly," economist Pedro Lains told Deutsche Welle. "You see people who are responsible - officials and those connected to the opposition Social Democratic Party - now they are changing their discourse slightly: they're saying it is not a drama, that if it comes maybe it's necessary."

The center-right Social Democrat opposition has said it will not vote against the state budget for 2011. Included in the budget are plans to cut public sector salaries and narrow the deficit to 4.6 percent of GDP.

Away from parliament, a general strike was planned for Wednesday - the first in two decades to be called by both of Portugal's two main trade union federations.

Spain also claims to be different

In neighboring Spain, another country viewed as likely to need help, Prime Minister Jose Luis Rodriguez Zapatero said there were differences with the Irish situation. 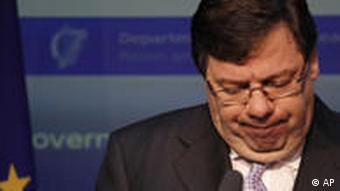 Ireland's prime minister is facing elections after the budget is approved

Zapatero's Socialist Party's organizational secretary, Marcelino Iglesias, quoted the premier as saying that bank stress tests during the summer - to assess the preparedness of banks for another financial crisis - had shown that the Spanish financial sector was strong.

Dublin's economic woes stem in large part from the necessity to provide its own multi-billion euro financial aid plan to the troubled Anglo-Irish Bank.

A spokesman for the EU's economics commissioner also ruled out the risk of Ireland's problems precipitating a domino effect.

"There are no analogies to be made; the Irish case is very specific," spokesman Amadeu Altafaj told reporters in Brussels. "The decisions concerning Ireland are also meant to stop any possible tension and contagion to other economies," he added.

The Dublin rescue package - which could amount to as much as 90 billion euros ($123 billion) - was agreed on Sunday.

Irish Prime Minister Brian Cowen has announced early elections, as he faces discord from allies and enemies over his handling of the economy. On Sunday, Ireland requested financial aid from the EU and IMF. (23.11.2010)

Portugal's minority Socialist government has reached a deal with the country's center-right opposition to introduce an austerity budget. The agreement is seen as crucial step in averting political and financial chaos. (31.10.2010)