The pope has removed the head of church doctrine, Cardinal Gerhard Müller, from his post. A devoted protege of ex-Pope Benedict, Müller appeared to disagree with some of the pope's Church reforms. 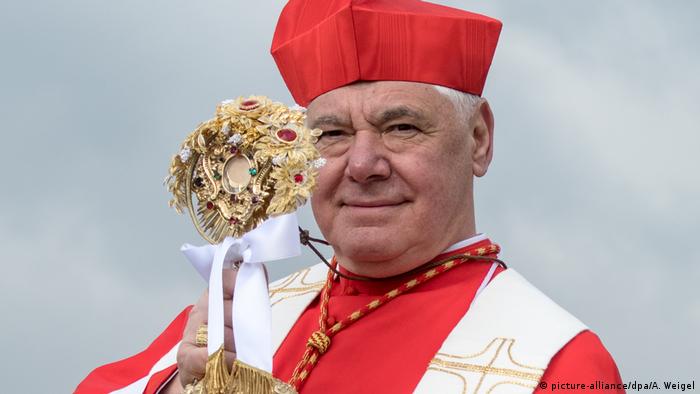 According to reports on Saturday, Francis refused to assign German Cardinal Gerhard Müller to a second term as the head of the Congregation for the Doctrine of the Faith (CDF).

The move represents an earthquake in Vatican terms. The CDF is the oldest office of the Roman Curia, the Church's administrative arm. Reforming the entrenched and sometimes corrupt Curia has proven notoriously difficult, with many saying that the impossibility of doing so is what drove Pope Benedict XVI to his shocking 2013 resignation.

Francis has made no secret of his desire to finally reform the unwieldy bureaucracy, and while a high-ranking cardinal would never publicly disagree with the pope, Müller has shown muted signs of dissent.

A devoted protege of Benedict, Müller voiced subtle opposition to the pontiff's 2016 exhortation titled Amoris laetitia, in which Francis asked bishops to allow divorced Catholics as well as unmarried couples living together to receive communion. While Müller did not dispute the pope on the matter, his did say in an interview that he "didn't like" how some bishops were interpreting it.

Theologian Wolfgang Beinert told German news agency DPA that he saw the decisions as a clear "punishment," for disagreeing with the pope. Although Müller had been seen as a possible sucessor to Francis, he has now been "banished into obscurity," according to Beinert.

Müller has also attracted controversy in the past for reassigning the priest Peter Kramer to a new parish after he was convicted of sexual abuse. The cardinal has since apologized for the decision, but he is currently being sued in a French court for another case regarding the cover-up of abuse claims.

The Vatican has not commented on why Pope Francis ask Müller to resign as his five-year term comes to an end.

Pope Francis has backed German Chancellor Angela Merkel's fight against climate change during a private audience in the Vatican. The pope also welcomed Merkel's decision to emphasize Africa at the upcoming G20 summit. (17.06.2017)

Pope Francis names five new cardinals, all from outside Italy and the Vatican

Pope Francis announced plans to create five new cardinals from five different countries at a special ceremony on June 28. The elevation of the five clergymen came as a surprise announcement. (21.05.2017)

The pontiff's choice of words was met with shock in Germany and outrage among some Jewish organizations. But Pope Francis has said he stands by his choice of words - despite the swirling controversy. (30.04.2017)