Pope Benedict appeals for less greed and more soul | Europe| News and current affairs from around the continent | DW | 07.07.2009

In the third encyclical of his papacy, Pope Benedict has appealed to the leaders of the world's wealthier nations not to ignore the needs of the poor in the face of the global economic crisis. 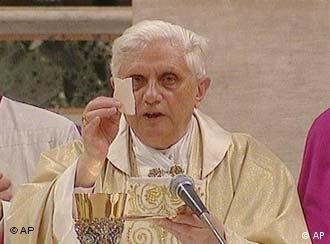 Published on the eve of the L'Aguila G-8 summit scheduled to focus on the global economy, climate change and aid for developing nations, "Caritas in Veritate" (Charity in Truth) says that poorer countries should be given "an effective voice in shared decision making."

The encyclical says the "primary capital to be safeguarded and valued is man, the human person in his and her integrity."

The 82-year-old Pope Benedict used the document, which is his first encyclical on social issues, as a platform to denounce what he sees as the unjust nature of globalised capitalism, and to call for "greater social responsibility."

He urged fairer trade practices, citing outsourcing to countries where labour is cheaper, as bad business which could "weaken the company's sense of responsibility to the workers, the suppliers, the consumers, the natural environment. 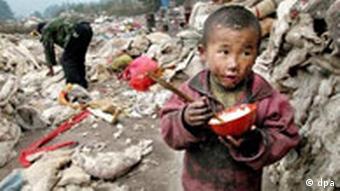 The encyclical says more has to be done to eradicate hunger

Furthermore, the pontiff stressed the need for a reform of the United Nations and economic and financial institutions in order to lend some "real teeth" to the idea of a family of nations.

He said there was an urgent need to establish a true world political authority in order to "manage the global economy, revive economies hit by the crisis, to avoid any deterioration of the present crisis."

Such a body, he wrote could work "to bring about integral and timely disarmament, food security and peace, to guarantee the protection of the environment and to regulate migration´."

The 144-page letter sharply criticised "badly managed and largely speculative financial dealing," and said the world was now in the thick of a greed-induced depression.

Yet for all of the ills the global economic crisis has visited on millions of people across the world, Pope Benedict said it also offered an opportunity to "replan our journey, set ourselves new rules, and to discover new forms of commitment." 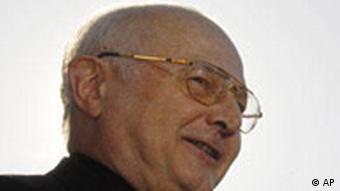 The encyclical, which the Pope began writing in 2007 but held off publishing in order to reflect the current economic climate, has been welcomed by German bishops.

Speaking in the southern city of Freiburg on Tuesday, the chairman of the German Bishops' Conference, Robert Zollitsch, described the encyclical as a "great piece of work", which embodies the basic conditions for humane and dignified development.

He said Pope Benedict had made a significant contribution to the current debate on globalisation and justice, and added that the timing of the publication highlighted "the urgency of the issue".

Zollitsch praised the pontiff for appealing to industrialized nations to implement good ethical practises and encouraging individuals to see themselves as contributors to the current global developments rather than victims thereof.

"Everyone needs to have a rethink," he said.

Pope Benedict XVI used a service at Jerusalem's Yad Vashem memorial to express "deep compassion" for the victims of the Holocaust. But Jewish leaders in Germany and Israel criticized the pope for not going far enough. (12.05.2009)

Leading progressive theologian Hans Kueng has said the Catholic Church increasingly threatenes to deteriorate into a sect under Pope Benedict XVI, prompting protests from the Vatican. (28.02.2009)