Speaking before an advisory commission, Pope Francis has addressed the problem of sexual molestation by priests. He said he has learned from his own mistakes in dealing with offenders and called such abuse a "sickness." 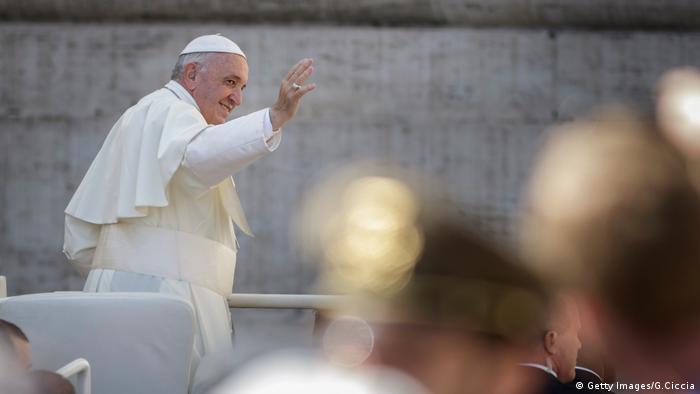 Speaking with a Vatican sexual abuse commission, Pope Francis told its members that he would respond to abuse allegations with the "firmest measures possible."

The pontiff on Thursday then set aside scripted remarks and spoke to commission members directly. He admitted that the Catholic church had been slow to deal with the problem, saying: "There is the reality that the church arrived at the consciousness of these crimes a bit late. When consciousness arrives late, the means to resolve the problems also arrive late. I am aware of this difficulty but it is reality and I say it plainly: We arrived late."

Francis went on to admit he had made mistakes saying, "I learned my lesson." He was referring to a case that happened early in his papacy. Francis kept a priest from being defrocked after it was found that he had committed acts of sexual abuse. A church tribunal argued for defrocking, but the bishop of Crema argued for simply moving him out of public ministry. Pope Francis agreed with the idea of leniency, siding with the bishop — but two years later the priest went on to abuse again.

Referring to such cases, Francis called sexual abuse a "sickness," adding that abusers were prone to relapse even if they showed remorse. For decades the church adhered to the practice of moving priests from one diocese to another if they were found to have abused parishioners.

Francis promised that from now on offending priests would not be given second chances, "if abuse of a minor is proven, it is sufficient and there should be no recourse. If the proof is there, the punishment is definitive," he said, adding that priests would have no right to appeal defrocking and promised: "as for requests for papal pardons, I will not sign any for these crimes."

Reluctant to confess, slow to repent

The sex abuse commission was founded in 2014 in an attempt to deal with a problem that was far more pervasive than the church had wanted to admit. Under the leadership of Pope John Paul II, the church was extremely reluctant to defrock priests. To date, the scandal has cost the church more than $2 billion (€1.7 billion) in compensation and has gravely damaged its reputation, not just because of the abuse itself but also due to the way that the church has dealt with revelations voiced by thousands of victims thereof around the world.

The commission, too, has not been free from controversy. Convened to advise the pope and the church on how to best keep pedophiles out of the priesthood and how to protect children, it has seen a number of members resign due to what they said was Vatican resistance.

Cardinal Sean O'Malley, who heads the commission, said it had benefitted greatly from listening to abuse victims but did not say if any would be appointed as new members. Currently, a number of priests, nuns and experts, such as sociologists and psychologists, make up its membership.

One of the commission's most prominent members, Marie Collins, a non-clerical Irish abuse survivor, resigned this March, frustrated by what she called a "shameful" lack of Vatican cooperation.