Few experts would dispute that there can be no development in Africa without education. But Africa's education systems are among the worst in the world. Why are they failing to make the grade? Daniel Pelz investigates. 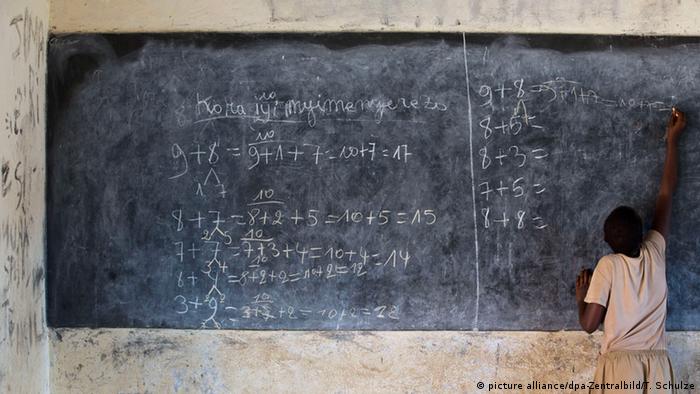 South Africa's minister for education, Angie Motshekga, has every reason to worry about standards in her country's schools. In four of the nine provinces, more than 213,000 students recently failed to pass their school leaving examinations. "When 25 percent don't make it, you start having sleepless nights," she told a South African newspaper in January. The figures were a "national catastrophe," she said.

Education researcher Servaas van der Berg from the University of Stellenbosch points to statistics which are even more distressing: 1.2 million children began their schooling in South Africa in 2002 but fewer than half of them left secondary school with a leaving certificate.

30 million with no schooling

UNESCO, the United Nations cultural and educational agency, says that in Nigeria, Ivory Coast and Eritrea less than 80 percent of children of school age have seen the inside of a classroom. The rate of enrollment may be increasing, but in Africa in 2012 there were still at least 30 million children who weren't going to school. 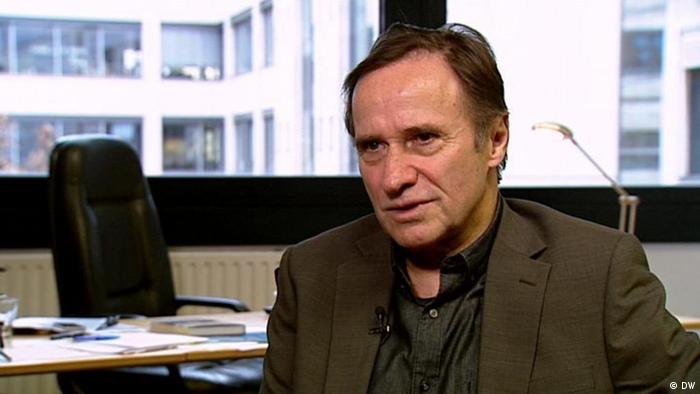 Much is wrong with education in Africa, including a lack of interaction between student and teacher, says Reiner Klingholz

Reiner Klingholz, director of the Berlin Institute for Population and Development, told DW that Africa is "by far the worst educationally qualified continent." In many African countries there is a high percentage of adults who are illiterate or children who don't go to school.

Even those children who do go to school are often very badly taught. "These young people are not in a position to compete with their peers in a global context," he said.

But this is not the children's fault. "It is because the teaching and the curricula are poor and the infrastructure - such as school buildings - is wanting," Klingholz said.

Consequently, children in some African countries need four to five years to reach the same level of attainment for which their peers in industrialized countries require just two years. This lack of schooling in Africa can be perilous.

"When you go through many conflict areas, you see that the people who are being conscripted into fighting groups are sometimes children, sometimes young people, but most do not have an education and see the participation in armed groups as an opportunity to earn a living," Christopher Fomunyoh from the National Democratic Institute in Washington told DW.

Fomunyoh cites the Nigerian Islamist militant group Boko Haram as an example. "In this region there are many young men who have had no basic schooling and find it difficult to integrate into society. They are an easy target for recruiters from extremist groups," he said. 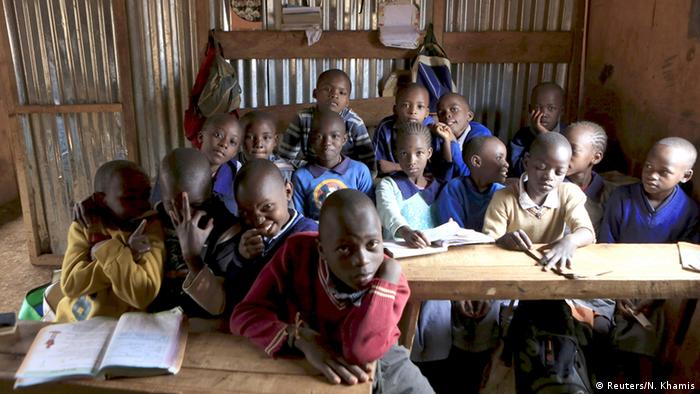 Many African students suffer from a poor learning environment

The origins of Africa's dilapidated education systems can be traced back to colonial times. The colonial powers did not build many schools because they weren't really interested in a well-educated populace. Compounding the problem, many states failed to invest in education properly after gaining independence. Armed conflicts in Africa have also prevented education from being given the priority it deserved. Budgetary discipline demanded by the International Monetary Fund and the World Bank in return for assistance has also helped to keep investment in education at a low level.

Servaas van der Berg said that money is not the only problem. Many governments in Africa - and a number of donors - have placed great emphasis on increasing the number of children in school, he said. "But far too little attention is paid to what they are taught there, the quality of the teaching."

It would require more investment in teacher training and in teaching materials to rectify these shortcomings. There would also have to be changes to the curriculum "which in many countries still bears a resemblance to that of the colonial era," said Fomunyoh. He said that education in Africa needs a radical rethink. "It is good thing that we have plenty of humanities graduates. But are we really training engineers or specialists in agriculture in sufficient quantities?"

As part of an innovative project to educate school pupils about lifestyle and cultural practices of people in Africa, the Pestalozzi High School in Munich brought together its pupils under an event called Africa Day. (01.03.2016)

The UN children's agency UNICEF has reported that the Boko Haram insurgency has kept more than one million children out of education. However, analysts have warned that education problems run deeper. (22.12.2015)

Children have gone back to school in Sierra Leone after a nine-month break due to Ebola. After a slow start, classrooms are now filling up again and safety precautions are in place. (15.04.2015)