Politics as a beauty contest: Do good looks win votes?

A political candidate's attractiveness can prove decisive in an election, a study shows. Academics in Düsseldorf found that "attractive" candidates could expect a lead of more than five percent over "uglier" rivals. 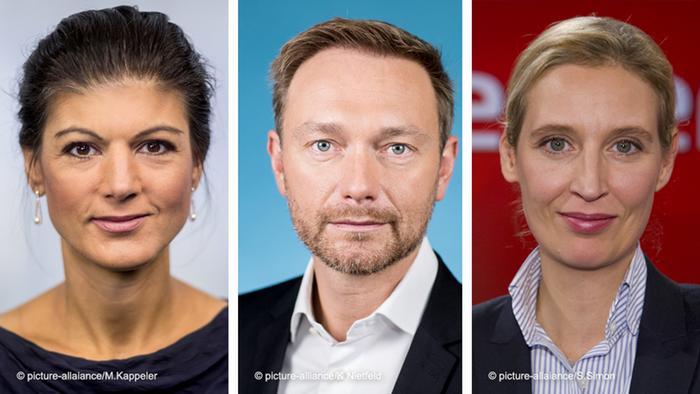 The study excluded party affiliation and policy, which researcher Lena Masch said were still the most important factors.

At the top of attractiveness ratings — when it came to ranking 10 lead candidates from major political parties — was the opposition Left party's Sahra Wagenknecht.

Ranked second among the most prominent politicians was Christian Lindner, the leader of Germany's opposition liberal Free Democrats, who in November quit talks on the formation of a three-way post-election government.

Third was Alice Weidel of the far-right Alternative for Germany (AfD).

Ranked eight and ninth respectively were Social Democrat Martin Schulz and conservative Chancellor Angela Merkel, whose parties are engaged this week in fresh exploratory talks on forming a coalition.

Ranked as the most attractive overall were two candidates, lesser known at the federal level: Jan Ralf Nolte of the AfD from Waldeck in the central state of Hesse and Celine Erlenhofer of the opposition Left in one of Dortmund's constituencies.

Handed photos, they had been asked to rank the 1786 direct and leading candidates for the September 24 election to Germany's Bundestag parliament.

Sociologist Masch told DW that attractiveness measured in the survey was only outclassed by those candidates whose previous public profile was already high.

Relegated behind attractiveness were factors such as academic title, migratory background, and gender. 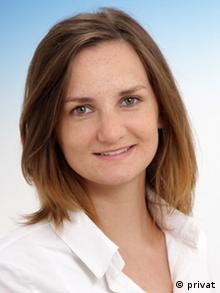 "We would all, for example, regard Julia Roberts as very attractive," Rosar said.

Outranked only by public prominence

"Assuming the same pre-determinants, a very attractive candidate receives up to five percent more first [electorate] votes than a very unattractive one," said Masch, referring to one ballot for a local candidate and the second for a preferred party's list.

Voter turnout was also higher in those electorates where candidates were seen as more attractive, Masch added, warning that subconscious influences were at play in a multimedia era dominated by visual symbols.

"When someone appears healthy, attractive and fit, then the voters tend to regard him or her as more capable of mastering public office."

"If the person is unkempt or ugly, then candidates appear to voters to be less competent;" she said.

Furthermore, parties no longer espoused distinct sets of policies. Conservation, for example, was no longer the sole prerogative of Germany's Greens.

"We live in an age in which the contest between parties is personalized.”