Polish ministers resign over gambling scandal | Europe | News and current affairs from around the continent | DW | 08.10.2009

Two ministers have resigned and another has been dismissed in an affair over inappropriate lobbying by casino and slot machine owners. The industry objects to the higher taxes a new gambling law would introduce. 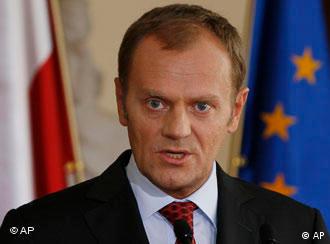 Polish Prime Minister Donald Tusk has fired Mariusz Kaminski, the head of the anti-corruption office and the ministers of the interior and justice departments have tendered their resignations over a gambling scandal that has already claimed the sports minister Miroslaw Drzewiecki's job.

In a meeting with reporters, Prime Minister Tusk said that Andrzej Czuma, the justice minister had submitted his resignation "in order to clear any doubts that he is involved in this matter."

Tusk added that the situation had to be examined thoroughly.

Also tendering his resignation was Deputy Prime Minister Grzegorz Schetyna, who is one of Tusk's closest political allies. Tusk noted that Schetyna had stepped down "in order not to give credence" to the people who had implicated him in the scandal.

"Trust is key... In order for the government to continue its work in an atmosphere of trust, my associates and I want to do everything to convince Poles and our political adversaries that we intend to resolve this case in an unbiased manner," said Tusk to reporters at a press conference.

Tusk said that he would name new ministers to his cabinet next week but did not go into details or name any possible candidates. 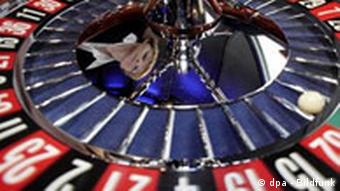 Taxes on gambling at issue

The entire issue revolves around allegations that businessmen may have had inappropriate contacts with politicians as part of an effort to water down tax increases on gambling. The government wants to increase taxes on gambling institutions to help pay for sporting events.

Prime Minister Tusk has said that he will set up a parliamentary committee to look into the scandal which is the worst crisis the right-of-center Civic Platform (PO).

"The latest information concerning the gambling bill has put the issue of trust in government to a difficult test," Tusk said.

The Prime Minister is looking to eliminate any hint of corruption in his government before the presidential elections in the fall of 2010.

In the wake of the allegations, the PO has lost ground in a poll and his rival Jaroslaw Kaczynski's right wing Euro-skeptic Law and Justice party has gained ground.

The leaders of Germany and Russia were among those who attended ceremonies in Poland to commemorate the Sept 1, 1939 Nazi attack on a military garrison, which triggered the start of World War II. (01.09.2009)

The European Parliament has elected former Polish Prime Minister Jerzy Buzek as its new president, making him the first politician from the former communist bloc to hold one of the European Union's top posts. (14.07.2009)