Russia is more dangerous than the Islamic State group. At least according to Poland's Foreign Minister Witold Waszczykowski. 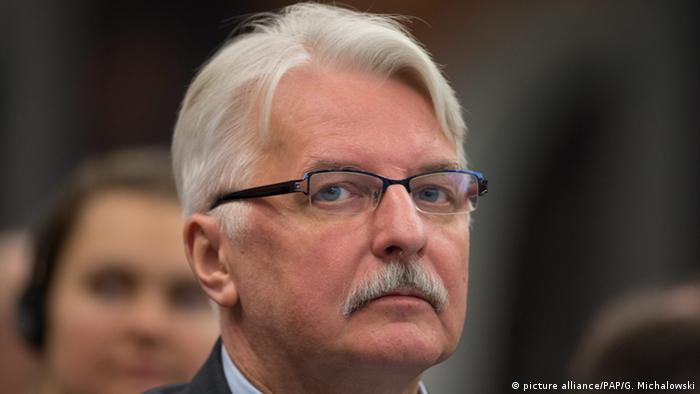 "By all evidence, Russia's activity is a sort of existential threat because this activity can destroy countries," Waszczykowski said during a debate on the future of NATO at the annual Globsec security forum in Bratislava, Slovakia. 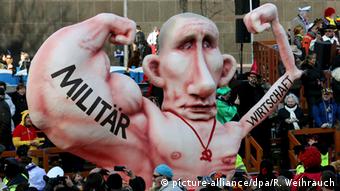 "We also have non-existential threats like terrorism, like the great waves of migrants," he added, according to the Polish PAP news agency.

He described the "Islamic State" (IS) group as a very serious threat but added that "it is not an existential threat for Europe."

The minister added that the deployment of NATO forces in the region should not be considered as a provocation against Moscow, but rather "a decisive military measure aimed at deterring potential aggressors."

"Showing weakness," he said, "is often seen as an incentive for aggression."

The minister has a track record of such comments. In November 2015 he proposed forming an army out of the Syrian men arriving in Europe that could return to their homeland to "fight for freedom."

Waszczykowski said it would be better than for Poland to send troops to the Middle East that were needed to "guard the borders" at home.

"Can you imagine a situation when we send an army to fight in Syria while hundreds of thousands of Syrians sit and drink coffee on Berlin's Unter den Linden and watch us fight for their safety?," he said.

After the Paris attacks, the minister said Poland would vet all asylum applicants for security threats and any "shadow on their CVs" would result in their claims being rejected.

NATO needed in the east

Waszczykowski also called on NATO to approve the deployment of troops on the alliance's eastern border at its July summit in Warsaw.

Poland has been alarmed by Russia's annexation of Ukraine's Crimea peninsula in 2014 and its support for armed separatists in eastern Ukraine, and remains one of Moscow's staunchest critics.

Earlier this week Poland's deputy defense minister said NATO should return to Cold War ways of thinking in its relations with Russia and speak to Moscow from "a position of strength to counter its renewed assertiveness in eastern Europe."

"Russia sees its relations with the West in Cold War terms, so to ensure the efficiency of deterrence we must link it to the way of thinking of the one we want to deter," Tomasz Szatkowski told Reuters.

"Right now, we must speak to Russia from a position of strength, although obviously without excessive muscle-flexing," he added.

Defense Minister Antoni Macierewicz said earlier this week following talks with NATO chief Jens Stoltenberg that he was confident a permanent NATO military presence on the eastern flank would be forthcoming.

At the talks Tuesday at the organization's headquarters in Brussels Macierewicz said: “Most of our views on the format of a permanent presence on the eastern flank are shared by the Secretary-General and General Breedlove."

“I can say that Poland's postulates are likely to be achieved in almost every detail,” he added.

Poland has been pushing for a permanent NATO presence in the region since the Russian-Ukrainian crisis began in 2014. The Law and Justice (PiS) government has continued this policy after it was sworn into power in mid-November, following its 25 October general election win.

The talks reportedly covered the so-called ‘Suwalki Gap,' a 100- kilometer (sixty mile) stretch of land in north eastern Poland, a flat area that runs next to the borders with Belarus and NATO member Lithuania, as well as the Russian enclave of Kaliningrad.

Stoltenberg indicated in an address in Washington recently that NATO intended to bolster the organization's eastern flank.

Poland is one of Washington's closest European allies.

Czech Defence Minister Martin Stropnicky said at the Slovakia conference that strengthening NATO's collective defense capability would be the main point on the agenda at the summer summit, while warning that Russia "should not be isolated."

"Russia is actively testing the defensive capabilities of NATO in the Baltic region" where a number of countries have come under pressure, Stropnicky told the Czech CTK news agency.

Two Russian warplanes simulated attacks this week near a US guided missile destroyer in the Baltic Sea, an incident one US official described as "one of the most aggressive interactions in recent memory."

Russia will use the rare talks with NATO next week to protest the alliance's "absolutely unjustified" military buildup in the Baltic states, Moscow's ambassador to Brussels said Friday. He said NATO was using the Ukraine crisis as a pretext.

The Russian and NATO ambassadors will meet in Brussels on April 20 for their first formal talks in nearly two years to discuss security issues, including the crisis in Ukraine where Moscow is accused of backing pro-Russian rebels against the pro-Western government in Kiev. 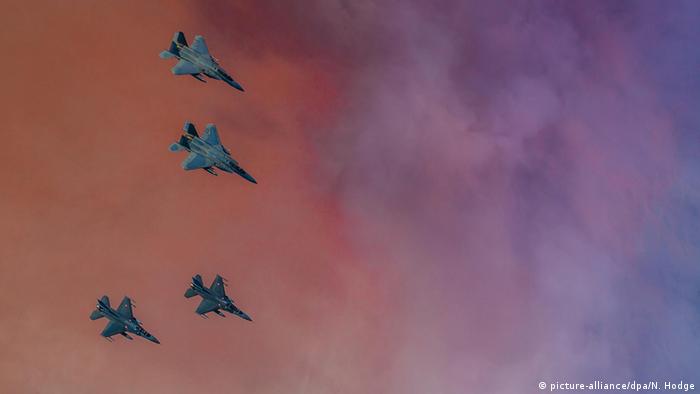 Warsaw will spend about $62 billion modernizing its military, Macierewicz told weekly wSieci recently. The previous government decided to spend $34 billion up to 2022 on new weapons and equipment.

Macierewicz has stressed that the earlier sum did not take into account maintenance and parts.

"The government of Prime Minister Beata Szydlo is conscious of the fact that Poland, if it is to be independent and capable of ensuring its genuine sovereignty, needs to have a larger and stronger military," Macierewicz said, adding that Russia's involvement in Ukraine was the main reason for the increase of Poland's military spending.

John Kerry: US Navy ship buzzed by Russian jets could have opened fire

Secretary of State John Kerry has condemned the recent buzzing of a US Navy ship by Russian jets. Kerry warned the flyover "could have been a shoot-down" under the rules of engagement. (15.04.2016)

NATO-Russia: A step towards rapprochement?

Norwegian Foreign Minister Anniken Huitfeldt speaks to DW about feminist foreign policy, NATO, defense, the war in Ukraine and the role of women in peace-making.