The homes and offices of more than a dozen doctors and pharmacists have been raided on suspicion of corruption. Prosecutors say the pharma company ZytoService bribed doctors to issue prescriptions for its cancer drugs. 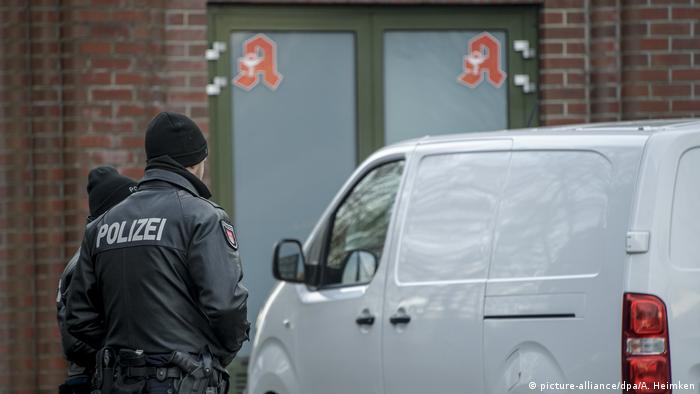 In the largest raid of its kind in Germany, hundreds of police officers searched the offices of suspected medical prescription fraudsters on Tuesday.

A total of 47 properties were searched in the states of Hamburg, Schleswig-Holstein and Lower Saxony, with 420 police officers and six state prosecutors taking part.

Investigators say 14 people — nine doctors, three pharmacists and two pharmaceutical company managers — are suspected of setting up an illegal business model involving kickback payments of more than €500,000 ($557,000), as well as bribes in the form of loans that did not require repayment and the use of luxury cars. No arrest warrants have been issued yet.

According to research by Die Zeit newspaper and the public broadcaster ARD, the pharmaceutical company ZytoService, a market leader for cancer drugs, bribed the doctors to issue prescriptions for their infusions, causing significant losses for health insurers.

TK, one of Germany's largest public health insurers, is reported to have lost €8.6 million since 2017 through the prescriptions.

Cancer treatment can cost up to €100,000 in Germany, and doctors choose which specialist pharmacy they issue prescriptions for.

German authorities watched the suspected illegal banking operation for a year before their raid. The suspects are accused of running an illegal hawala banking system between Germany and Turkey. (19.11.2019)

Hundreds of officers are involved in concerted action against suspected people smugglers in a number of locations across four German states. Authorities feel a crackdown on criminal clans is beginning to have an effect. (24.10.2019)

German authorities have detained three people on suspicion of planning a bomb attack for the militant "Islamic State" group. The main suspect allegedly purchased chemicals to create an explosive device. (12.11.2019)