Patients in Serbia, Bosnia or Macedonia who need medical treatment are forced to join long waiting lists, or pay up. DW looks at the parallel world of private clinics that exist alongside the broken state health systems. 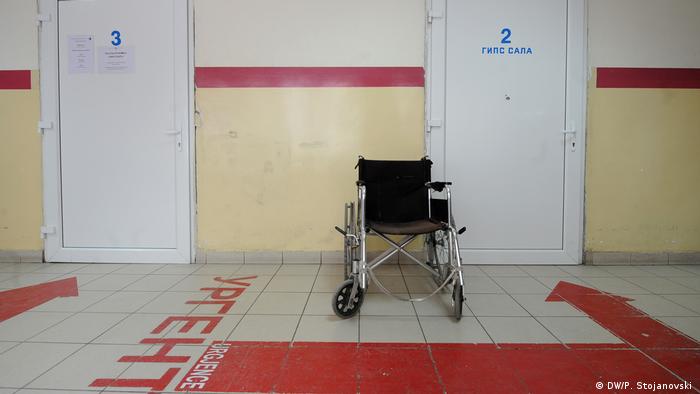 "A private clinic can take care of that." In the Western Balkan states, people in need of medical attention are often told to go to a private clinic or hospital. Thirty-year-old Natasa, for example, from the city of Novi Sad in northern Serbia, recently had a tumor in the lymphatic system and actually has no time to lose. She doesn't have the money to pay for private checkups, outside the state health insurance system. So the flyer that the doctor gives her, advertising a private practice, is not much use.

The vast majority of people in the Balkans, like Natasa, are dependent on the public health care system. With an average monthly net income of €400 ($485), and an unemployment rate of over 20 percent, most people in Serbia, Bosnia and Macedonia simply can't afford the luxury of private treatment. It is a step only taken by those who are extremely desperate and cannot risk the long wait for an appointment at a state hospital. Or if they have too much money.

Read more: Anarchists from across the Balkans clash with Greek police 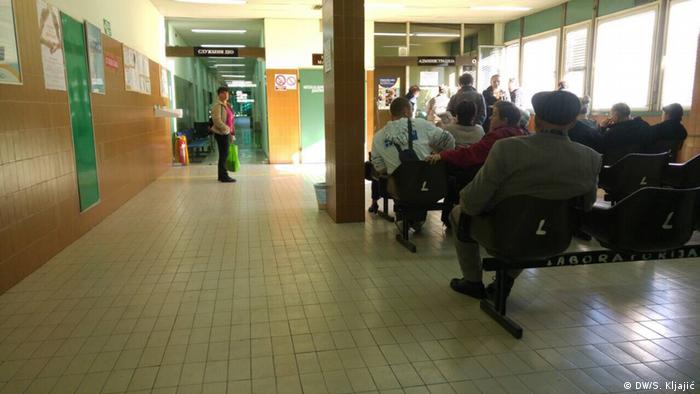 To get a docotor's appointment, you need a lot of patience, or a lot of cash

Hospitals without syringes and needles

"My daughter developed diabetes when she was 16 months old. We have waited for over six years to get an insulin pump," says Mirela Sisic, who heads a patients' association in the Bosnian capital, Sarajevo. She told DW that hospitals are often ill-equipped, lacking even basic drugs that public health insurance usually covers. So when such medicine is unavailable, patients have no choice but to buy it from pharmacies at full cost.

An insider, who for years directed numerous Serbian hospitals, claims the public health care system is to blame for providing inadequate funding. "In the second half of last year there were neither syringes or needles, nor disinfectants. Not to mention spare parts for broken Xray machines," he told DW under the condition of anonymity. He has now started working for a private hospital that doesn't face these sorts of shortages.

In Serbia, which has a population of 7 million, some 75,000 patients are currently on the waiting list to receive medical treatment through the public health care provider. And patients in need of complicated medical procedures often wait for years. This week, it emerged that Sarajevo's oncological clinic was entirely without cytostatic drugs, which are used to destroy cancer cells as they inhibit cell division. And so, those without enough money must simply wait and hope they'll get to see a doctor, before it's too late.

Away from the crowded waiting rooms in the mostly dilapidated state clinics, there have long been chic private practices and hospitals. They have enough staff and medication and modern medical equipment. And nobody has to wait for more than three days. But that comes at a price. Private health insurance in Serbia costs between 20 and several hundred euro per month. Only two percent of the population can afford it.

"So you end up paying double, because public health insurance is compulsory," criticizes Serbian health care management expert Danijela Stankovic-Baricak. What angers her even more is that state hospitals are increasingly admitting patients who pay in cash, or who are privately insured, and not made to wait to receive treatment. "The whole concept falls apart when you privilege those who pay extra." 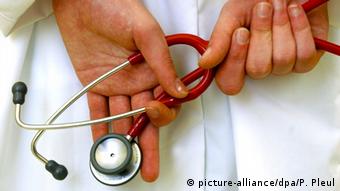 Patients who pay bribes or know the right people also tend to have an advantage. Transparency International's (TI) latest ranking shows that the Western Balkan states, which are aspiring to join the EU, remain highly corrupt.

In various surveys, doctors are perceived as the most corrupt, alongside traffic policemen. The number of people in Serbia who say that they have already paid a bribe in order avoid a long wait to see a doctor is in the double-digit range.

A growing number of western Balkan doctors are packing up and moving elsewhere. "Last year, 180 of 220 medical graduates requested a certificate from the medical association that enables them to work abroad," said Goran Begovic from Macedonia's main hospital in Skopje. "That's a shocking figure."

Germany is the most popular destination for these doctors. There, they can earn five to six times what doctors in Macedonia or Serbia make. In 2016, Serbians constituted the third largest group of newly accredited doctors in Germany, after Syrians and Romanians. A study conducted by health information network, Healthgrouper, showed that three quarters of Serbian doctors are considering or already planning to leave the county. The situation is similar throughout the region.

This creates a vicious circle. Medical personnel move abroad or switch to the private sector, where the pay and working conditions are far superior. Public health care systems, in turn, are struggling with less and less money and employees, but with longer and longer waiting lists. The system is teetering on the brink of collapse. Mirela Sisic, whose diabetic daughter depends on Bosnia's ill-equipped public health care system, isn't very hopeful. "It's quite possible that my daughter's kidneys will fail before the system gets reformed."