Police in North Rhine-Westphalia can no longer publish photos of protests, a court rules

The judge says it could discourage protesters from joining in and thus infringe on the fundamental right to assembly. The ruling asked a federal court to review the decision, yet to be considered on a national level. 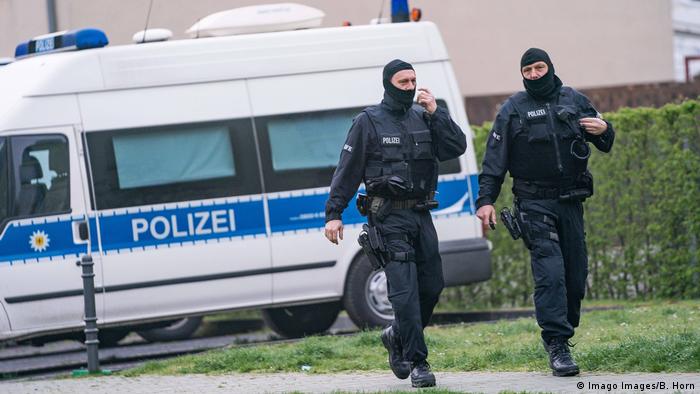 Police in North Rhine-Westphalia in Germany can no longer share photos of demonstrations or public gatherings on social media or any other public platforms. The higher administrative court in Münster announced the decision on Tuesday.

Sharing photos of demonstrations on police media channels could infringe on the right of assembly guaranteed by German law, because it could affect protesters' behavior and make them shy or scared to participate, said presiding judge Sebastian Beimesche.

"We found no legal grounds for these kinds of photos," he said, adding that even preparing the photos for publication oversteps the police's remit.

The ruling does not apply to photographs, audio, and video taken in cases of violence and for police records or investigations. The police can still use stock photos and text on their media channels.

The case arose after police in Essen published photos to Facebook and Twitter of a demonstration against a far right group held in the city in May 2018. Two protesters recognized themselves in the photos and filed a lawsuit. They won their case with the nearby court in Gelsenkirchen. The higher court has now upheld this ruling and rejected an appeal made by the state of North Rhine-Westphalia.

The ruling states that the police are also forbidden from taking photos and videos intended for public relations purposes. It should not seem like the state is engaging in general surveillance, said the judge.

Due to the significance of the case for future disputes, the higher court in Münster is recommending that the Federal Administrative Court in Leipzig review the decision.

The country is in the midst of updating its data privacy laws, which includes the right to one's own image.

Explainer: The history of copyright