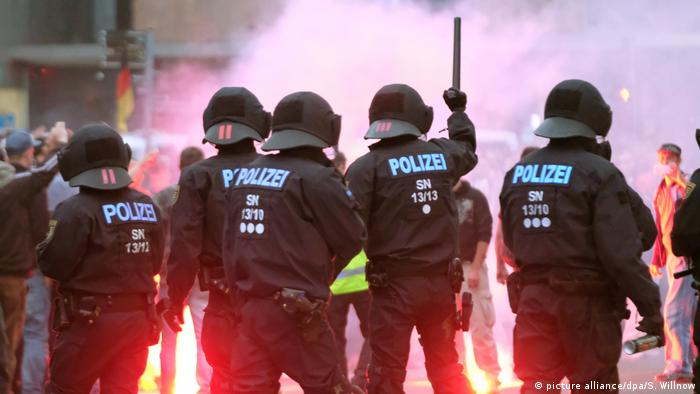 They examined a BKA planning paper and concluded that the agency wants to set up the new unit in the state security policing (ST) division. An additional 440 jobs are expected to be created for the purpose.

The BKA proposal suggests putting in place a system that helps identify far-right extremist groups and their networks at an early stage. It also recommends better coordination between various national and international bodies dealing with the problem. The plan foresees setting up a risk assessment system, called "RADAR-rechts" ("radar right") for violent right-wing extremists, similar to the one that's being used to identify Islamist terrorists.

As evidence of the rising danger, BKA pointed to incidents like the murder of local German politician Walter Lübcke, who was shot dead in an apparent act of right-wing violence, as well as the shooting attacks at mosques in Christchurch, New Zealand.

With regard to hate crimes on the internet, the BKA plans to strengthen monitoring of the cyber space to better identify the originators of hate and threat messages and take preventative action.

Compared to the first half of 2018, an increase of 900 far-right crimes was recorded during the same period this year, the ministry said in response to a parliamentary enquiry.

Some who read their names on "enemy lists" created by far-right extremists feel their lives are in danger. But the Interior Ministry has denied that being on such lists represents a "tangible threat." (14.08.2019)