Police in Ecuador seize a ton of cocaine bound for Bulgaria

Ecuadorian police have seized 2.5 tons of cocaine in two separate operations. A ton of was bound for Europe. They have also arrested five suspects. 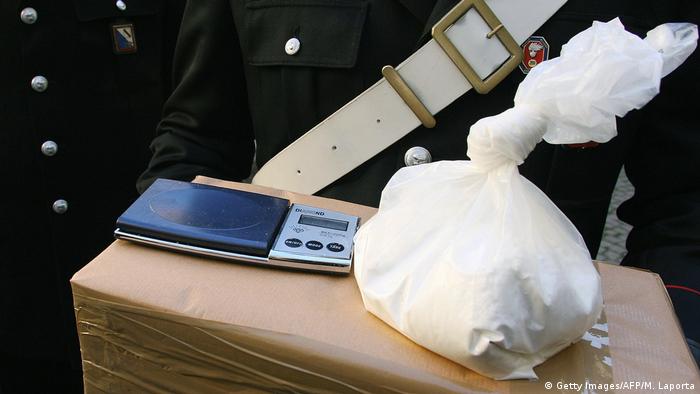 Cocaine produced in Colombia is often transported via Ecuador to Europe

Police discovered a metric ton of cocaine bound for Bulgaria in a container at the port of regional capital Guayaquil, anti-narcotics units in the southwestern city reported.

Guayaquil law enforcement also seized another 1.5 tons of cocaine on a sailing boat headed to Chile on the same day, and arrested five people.

Authorities seized the drugs on Saturday as part of an operation called "Matrix" during a search at Guayaquil port, said Manuel Gomez, anti-narcotics chief from Zone 8 of the city.

The Ecuador police announced details of the finds on Twitter.

The anti-narcotics officer said a police dog drew attention to the substance in the container. It later "tested positive, presumably for cocaine."

Gomez said in a press conference that "a ton of cocaine was seized, destined for Bulgaria."

UN sounds the alarm over global drug use

Ecuadorian authorities have become aware of the Guayaquil port being used as a new departure point for drugs like cocaine, reported the Ecuador news outlet El Comercio. The drugs often reach Europe via the Panama Canal.

What about the other operation?

In a separate operation code-named "Jupiter", the anti-narcotics chief revealed police raided a sailing boat "in coordination with personnel from the US Coast Guard, the Ecuadorian Navy and the Colombian Police."

They found that the vessel was allegedly being used "to transport drugs by sea," said Gomez.

Police arrested two Ecuadorians, two Colombians and a Mexican in the raid. 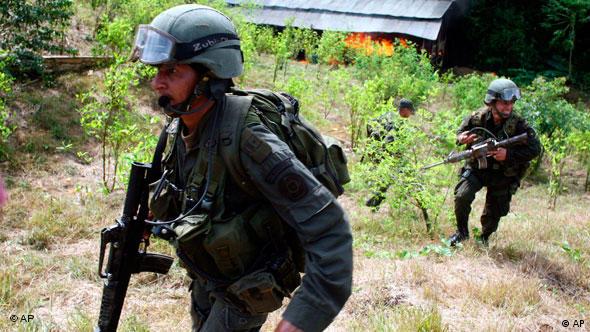 Anti-narcotics police raid a coca field in Colombia, on the border with Ecuador

He said they are "allegedly responsible for the transport of approximately one and a half tons of cocaine." Colombia is the main producer of cocaine in the region, with 212,000 hectares (about 524,000 acres) dedicated to its production.

The Ecuadorian police will now transport the suspects and evidence to the United States, he reported.

"These results obtained will affect the coffers of organized criminals," added Gomez.