A narco-sub carrying three tons of cocaine has been captured by the Ecuadorian and Colombian navies. Narco-traffickers have used submarine-like vessels to move drugs to the United States. 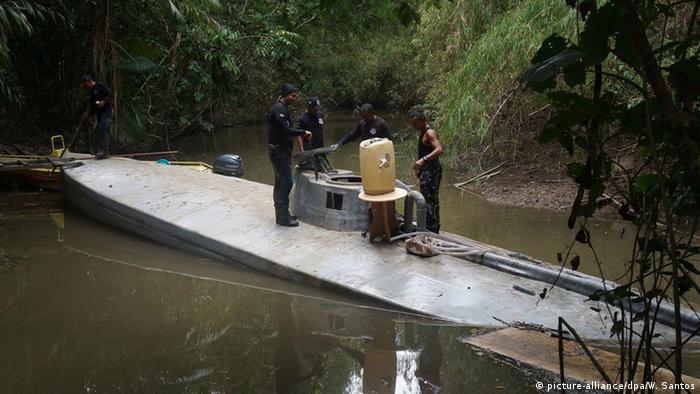 The semi-submersible drug boat was captured and three crew members arrested after the vessel encountered mechanical problems 200 miles (320 kilometers) from the Galapagos Islands.

The Colombian navy said in a statement on Friday its boats had been pursuing the makeshift submarine through the Pacific Ocean for four-days with the help of US government surveillance aircraft.

Authorities said the ultimate destination of the cocaine was likely the United States.

Since the early 1990s authorities have captured some 100 handcrafted submarines trafficking cocaine from where it is grown and processed in the Andes to Central America and Mexico on its way to its ultimate destination, the United States.

Peru and Colombia are the world's top producers of cocaine, the production and trafficking of which has fueled deadly violence and corruption throughout Mexico and Central and South America.