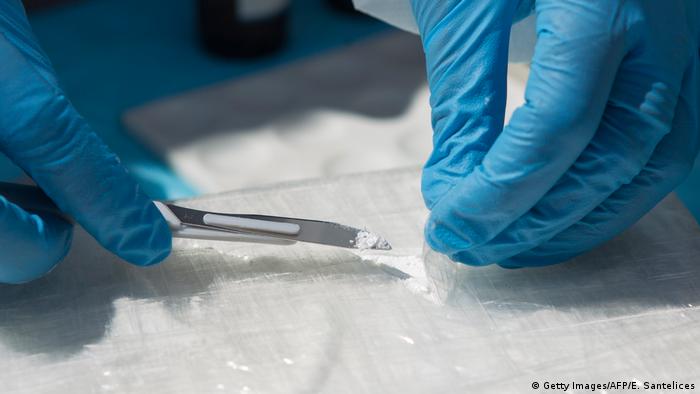 Police seized 2.6 tons of cocaine in the international operation

In a statement, Europol said the cartel set up a "cocaine pipeline" from South America to Spain and other European countries, and was "flooding Europe with cocaine."

The global police operation, which includes Germany and the US, began in 2018. It has resulted in criminal reports being filed against 61 suspects belonging to a "highly mobile criminal organization." Twenty-three out of the 61 members have been arrested so far (13 in Spain and 10 in Slovenia).

Who was behind the criminal network?

The organization had branches active in several European countries and was composed mainly of criminals from Serbia, Croatia, Montenegro and Slovenia, Europol said.

The gang included two "high-value targets," according to Europol, and was allegedly also involved in robberies, money laundering, extorsion and kidnapping.

Spanish police said the criminal network included members of paramilitary units and was "one of the most important criminal organizations operating in Europe."

In Colombia, the criminal organization was involved in transfers of soccer players between clubs to launder their illicit drug gains.

Europol said news of the operation was being announced months later, because approvals for the release of information take time when multiple countries are involved, the Associated Press reported.