Swiss prosecutors say the statute of limitations prevents them from charging Roman Polanski with the rape of a minor in 1972. Renate Langer is the fourth woman to say the director sexually assaulted her in her teens. 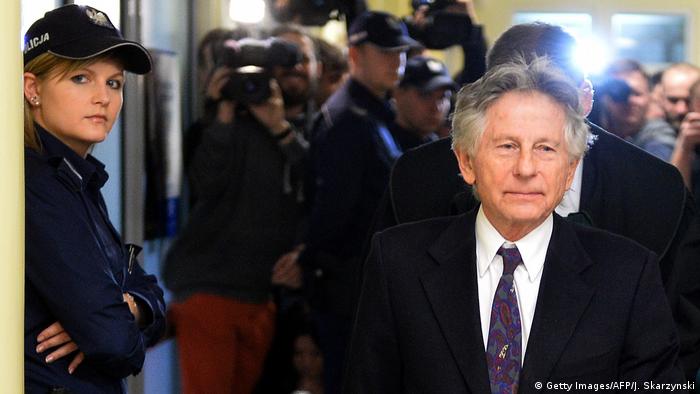 Swiss prosecutors say they won't pursue an investigation into a woman's report that Roman Polanski raped her when she was a teenager 45 years ago. In September, the 61-year-old German former actress Renate Langer told Swiss police that Polanski had approached her at the age of 15 when she modeled in Munich and later raped her at his home in Gstaad, in the canton of Bern.

When Langer came forward with her account in September, prosecutors in Bern, Switzerland's administrative capital, said they would evaluate the possibility of mounting a criminal case. On Wednesday, they announced in a statement that it would not come to fruition: "Criminal proceedings would be prohibited under statute of limitation rules." According to the laws in place in 1972, Langer had had a maximum of 15 years to come forward, the regional prosecutor's office in Bern announced in the statement.

In 2010, the British actress Charlotte Lewis said Polanski had assaulted her just after her 16th birthday in 1983. And, this August, a woman identified only as Robin said Polanski had sexually victimized her in 1973; she was 16 at the time.

In 1977, Polanski pleaded guilty in the US to the lesser offense of "unlawful sexual intercourse with a minor" after a grand jury charged him with rape, perversion, sodomy, lewd acts against a child younger than 14 and giving controlled substances to a minor. Samantha Geimer, 13 when the crime occurred, told the grand jury that Polanski gave her a quaalude and alcohol before assaulting her. Seeking the reduced charge he would eventually plead guilty to and later describing the events in his memoirs, Polanski has claimed that the child consented.

Polanski fled the United States for France in 1978, before the court could sentence him. The director was briefly placed under house arrest in Switzerland in 2010 while authorities considered, and ultimately decided against, extraditing him. He remains a fugitive from the US justice system.

Polanski has avoided the latest investigation as new light is being cast on the unwelcome sexual excesses of powerful men across the globe, from the US president to Hollywood producers.