The aging filmmaker has yet again dodged punishment from the US justice system for a decades-old rape conviction. Extradition - the Polish Supreme court has ruled - is out of the question. 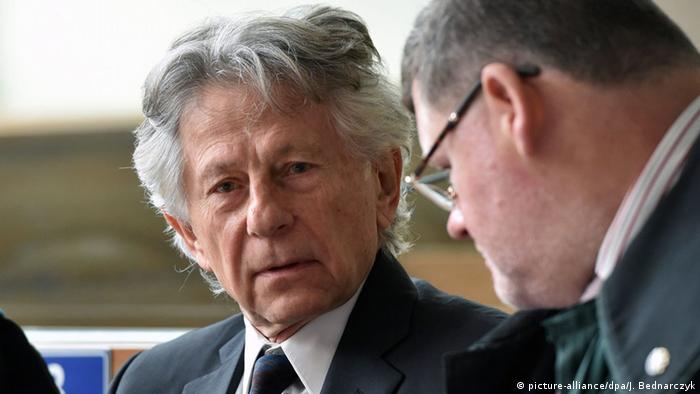 Oscar-winning filmmaker Roman Polanski will not face extradition to the US if he returns to his native Poland, the east European country's Supreme Court ruled Tuesday. The US has been trying for nearly 40 years to bring Polanski before a court in regards to a child sex abuse conviction he sustained in California.

Poland had already refused to apprehend the celebrity director on behalf of the US in 2014. A Polish court blocked a move by US authorities to have Polanski extradited after he made a high-profile trip to Warsaw from his main residence in France two years ago.

In May, Polish Justice Minister Zbigniew Ziobro reopened the case by asking the Supreme Court to overturn the earlier refusal. He argued that Polanski should face punishment for his crime, and that his celebrity status was the only thing protecting him. 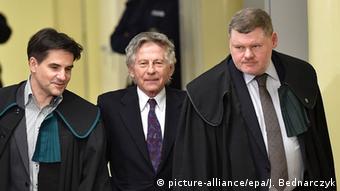 Polish filmmaker Roman Polanski (center) enters a court in Krakow in 2015 flanked by his lawyers during the extradition case.

The Tuesday decision by a panel of judges rejected Ziobro's request, formally closing the extradition case.

The 83-year-old director has been dodging the US justice system since 1977 after pleading guilty to unlawful sexual intercourse with a 13-year-old girl. He served a preliminary 42 days in a California prison for sexual abuse of a minor but fled the country immediately afterward in order to avoid further punishment, which was still to be decided.

Since then, the Polish-French filmmaker of Jewish background has never returned to Hollywood, living instead in France, Switzerland and Poland. Having made a name for himself in the 1960s with dark, suspenseful films such as "Knife in the Water" (1962) and "Rosemary's Baby" (1968), Polanski has continued to have a successful career. His 2002 drama "The Pianist" reflecting on the Holocaust, won several prestigious awards, including three Academy Awards (including for the best director) and a Palm d'Or at the Cannes Film Festival.