Poland′s new housing estates are communities, but not for everyone | Europe | News and current affairs from around the continent | DW | 28.04.2021

Poland's new housing estates are communities, but not for everyone 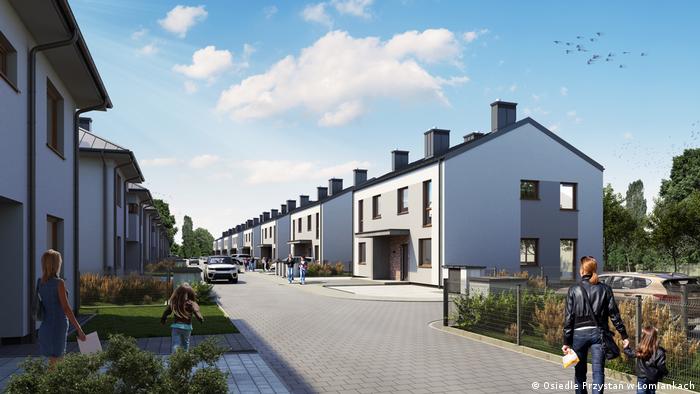 Homes that each have their own patron saint.

Right now, it's still a hole in the ground but Sylwia Zborowska's house is supposed to be completed by the end of the year and she's hoping to move in next spring. She's sick of her high-rise in Warsaw and is trading it in for a housing complex called Przystan, or harbor, in Lomianki, a 30-minute drive from the Polish capital.

Zborowska showed DW around proudly and described what her house would look like. Przystan is just one of many such projects in Poland. The market for semi-detached houses with gable roofs and terraces in estates is booming. But this one is different: Each of the 32 units will be assigned a particular patron saint and there will be a chapel.

"Our hope is to bring people together, people who feel comfortable with each other and are united by a common element. And that's belief in God," said Kamil Kwiatkowski, who introduced himself as the initiator of the project. He told DW there have been misleading reports about the complex, and people asking if there were confessionals in the entrance, for example. The project has even provoked overtly aggressive reactions.

But he responded with humor to the question of what credentials a potential buyer would need: "First, we need a certificate from the bishop, who then has to contact a priest, and ultimately it's the pope who confirms the deal." Then, more seriously, he insisted that anybody could apply and that nobody had to give proof of their religious credentials.

He explained that over two-thirds of the houses have been sold so far. At 5,000 zloty (approx. $1,300; €1,000) per square meter, they are considerably cheaper than new buildings in popular districts of Warsaw, where the price might be five times more.

Apart from the chapel, rosaries and crosses will be built into the houses and owners can also put family relics in. "The people coming here are very open," Kwiatkowski said. "They might bring their grandmother's rosary with them or a little cross, something that has spiritual significance."

The complex in Lomianki will also have a kindergarten and a playground. Unlike another estate currently under construction in Silesia, where children are explicitly not welcome. The idea is that single people and childless couples can live undisturbed by the sound of children playing and the threat of footballs crashing through the window. 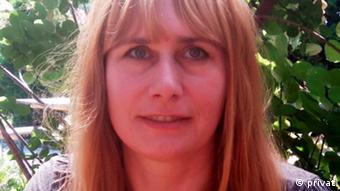 Aleksandra Kunce, a cultural sciences lecturer at the University of Katowice, who is herself from Upper Silesia, is worried about the implications of these housing complexes. She and her colleagues have set up a research project to look into Silesia and oikology (a term for the science of home and houses, which derives from the Greek words for house and knowledge), which is partly based on the ideas of the German philosopher Martin Heidegger, who said that humans knew how to build houses but not to dwell in them.

Kunce believes that a community identity should evolve organically. Deliberately seeking out neighbors with similar mindsets and lifestyles is the wrong way to go about it, and in her view, can result in housing complexes that are "caricatures" of community.

"It's like a bunker: We feel safe but at the same time we're looking out for the enemy," she explained. She believes it's a housing model that boosts anxiety and provides no refuge at all. "After all, people still have to go out into the real world, where all the others are lurking."

Kunce also points to the boom in gated communities in the capital, despite the fact that the crime rate in Warsaw is not particularly high.

The best-known is the Marina Mokotow estate on the city's outskirts.

She attributed this cultural and sociological phenomenon to the fact that Poland rapidly became wealthy after the fall of communism: "All of a sudden, there was this amateurish capitalism. It will take some time till we find our way back to the old bourgeois rules."

Meanwhile, she predicted, that the inhabitants of gated communities won't feel safer but just more restricted. 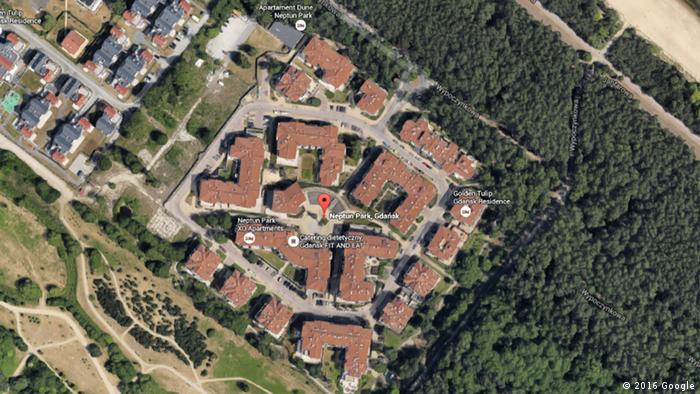 Gated communities have become popular in Poland in recent years

The architect Katarzyna Rokicka-Müller from the Warsaw practice mamArchitekci agrees. Yet she herself has been instrumental in the emergence of housing developments in the last 20 years. She likens her job to that of a tailor and points out that it is the investors who ultimately make the decisions. 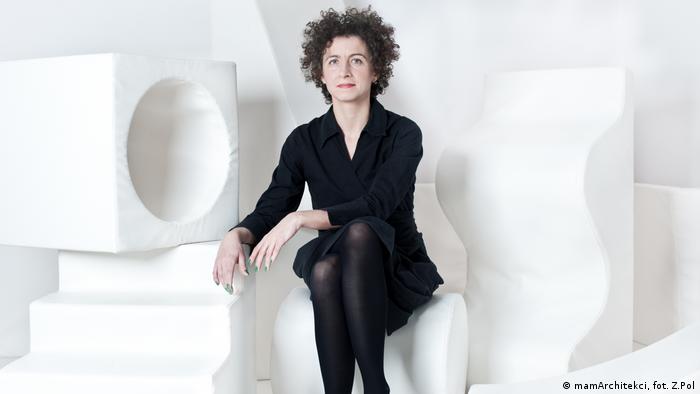 "All these years I've encouraged investors to work on creating a good relationship with the local community and show how good it is that something new is happening," she told DW. "I'm in favor of creating open spaces so that people come into contact. But in the end, I've never developed a project that wasn't gated."

Rokicka-Müller herself lives in an old building with people from all different social backgrounds. She is glad that there are no fences or security guards: "People who  live in closed communities live in cages. I would never move there because that would also limit my freedom." Polish society is divided enough, she says.

For her part, Sylwia Zborowska was critical of housing complexes that ban children. However, she rejected the accusation that she and her future neighbors at Przystan in Lomianki wanted to shut themselves off from others. "By choosing to live here we're opting to live in a safe haven, but without retreating from others."