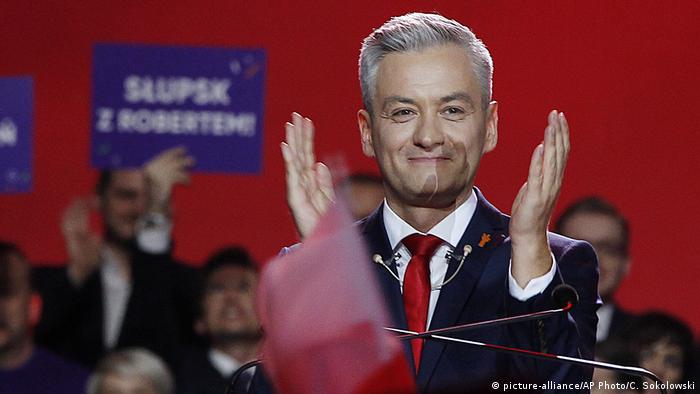 Poland's first openly gay politician founded a new progressive party on Sunday ahead of European and Polish elections this year.

Robert Biedron, who named the party "Wiosna" ("Spring"), said he wanted to challenge Poland's divisive politics and win seats from Poland's ruling right-wing Law and Justice (PiS) party at European elections in May.

"There is no room for hate, we have reached the limit," he said in front of thousands of supporters in the capital, Warsaw. "We need a spring that will renew this gloomy landscape," he added.

Biedron said Wiosna was based on three pillars: The individual, the community and a state that can be trusted.

The party would differ from the nationalistic policies of PiS and the market-friendly policies of its main rival, Civic Platform (PO), Biedron said.

Biedron began his political career as an LGBT activist in the 1990s. He was elected to the national parliament in 2011 and served as mayor of the northern city of Slupsk from 2014 to 2018.

The youthful and charismatic 42-year-old's rise has come as older left-wing leaders have retired or fallen to corruption scandals.

His political stances, which include advocating the end of religious teachings in schools, are controversial in Poland, where the Catholic Church and coal industry are influential.

In January, the progressive mayor of Gdansk, Pawel Adamowicz, was stabbed to death at a charity event.

Speaking in Warsaw on Sunday, Biedron vowed to continue where Adamowicz had left off.

"We need positive energy more than ever now," he said. "We must fulfill the legacy of Pawel Adamowicz."