Poland′s Chief Rabbi Michael Schudrich: ′Everyone wants to help the refugees′ | Europe | News and current affairs from around the continent | DW | 11.03.2022

Poland's chief rabbi started making preparations for Jewish refugees from Ukraine even before Russia's invasion. He told DW about the relief efforts at the border. 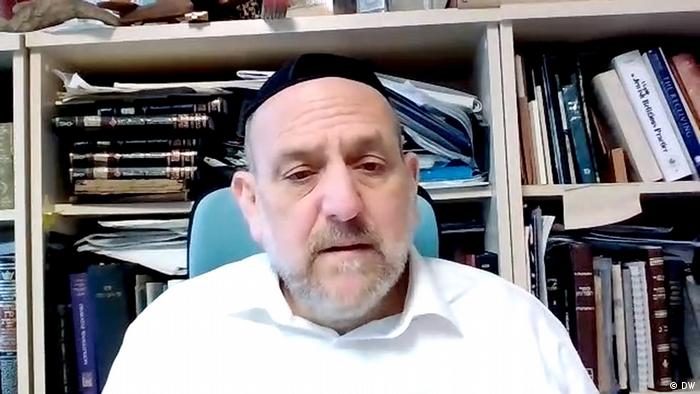 Poland's Chief Rabbi Michael Schudrich has been commissioned by the Conference of European Rabbis to coordinate the escape of refugees from Ukraine and relief measures at the border.

DW reached Rabbi Schudrich in Warsaw and asked him about the situation at the Polish-Ukrainian border, where he has spent the past few days.

Rabbi Michael Schudrich: It is heartbreaking. We're all shocked to see that this could happen in 2022. 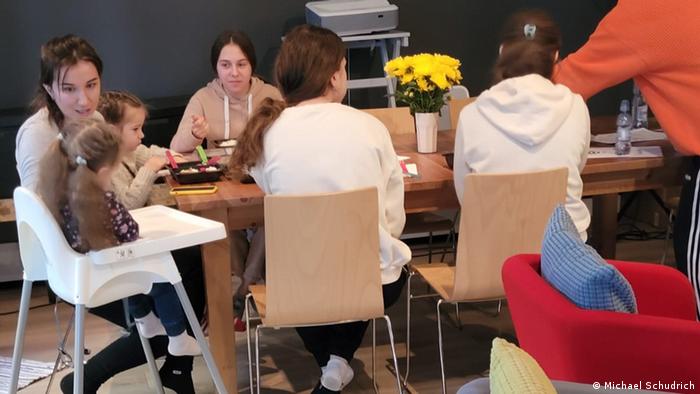 It's mainly women with young children who come and they tell us that their trip to safety was horrific. They have had to leave almost everything behind, so they need clothing, toys for kids, medicine, all these things. We can provide all this here — also kosher food for those who want it.

And so while it's wonderful that people are coming here to help and bring us clothing and other things, it is much more effective to send money.

Solidarity and support for Ukrainians

DW: What have the people who fled from the city of Kharkiv to Poland been saying to you?

Michael Schudrich: They are still shocked, and angry. But also grateful that they got out alive. There is a wide range of emotions.

We have set up a day center for refugees. Many people have taken in refugees, but most of us have small homes. And if you take in another three people, it becomes even smaller. So we wanted to give the refugees a place to go during the day — where they can meet and talk, use the internet, find toys for the kids.

It was unbelievable to see the faces of these kids — how they start smiling again after what they have been through in the last week or so. It shows us that somehow there is human hope no matter what. 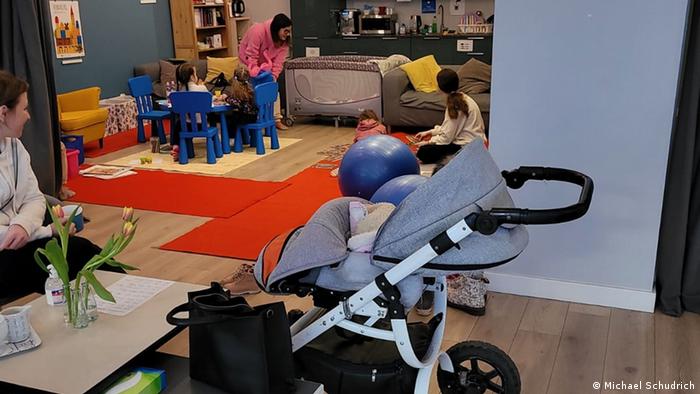 The center at the Hillel facility provides space for daytime activities

You started working on rescue plans to evacuate people from Ukraine well before Russian President Vladimir Putin started the war on February 24. When did you start to expect this war would happen?

I'm not a prophet. But Russia brought some 100,000 soldiers to Ukraine's borders, so I thought it was better to prepare and then be proved wrong than to be absolutely ill-prepared.

But what I thought might happen was nothing compared to this reality now. I don't know anyone who believed that Putin was just going to bomb and destroy those cities — one city after another.

In preparation for the refugee arrivals, I contacted the Jewish Committee of Warsaw and the Jewish community of Lodz, which own small hotels, as well as Teshka, a secular cultural organization that has a facility outside of Warsaw, and I asked them whether they were ready to make these places available for refugees. Everybody, of course, said yes. 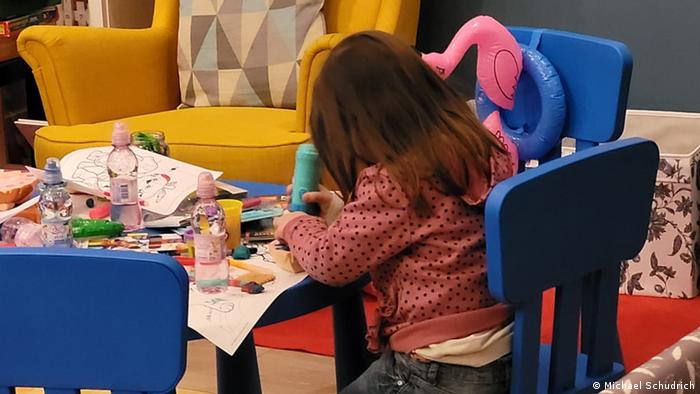 The refugee children had to leave all their toys behind

And now people have also taken refugees into their homes. And we're trying to rent apartments, which is very hard because there are no apartments left in Warsaw and Krakow or near the border of Przemysl. But we will find a place for them.

We have the experience from the 20th century when Germany unleashed a genocide. And now again we are confronted with this phenomenon.

But I feel the world has learned something from the events back then. Can you imagine? If Hitler had been faced with the same kind of sanctions that Putin faces right now, World War II might have unfolded differently.

Where do the refugees want to go? The Jewish Agency has indicated it wants to evacuate several tens of thousands of people to Israel. What exactly is planned there?

When someone wants to leave Ukraine, they pretty much have to do it on their own. The Jewish communities here are trying to help organize things. We want to help them when they arrive here, wherever they may want to go.

We are happy to receive donations via the Jewish community of Warsaw. We also have the FJC in New York, and there are other organizations, and we make sure that all the money really goes to the refugees.

And then we will have to figure out what to do next.

In U-turn on migrant policy, Poland rolls out welcome mat for Ukrainians

Poland is warmly welcoming Ukrainians fleeing the war in sharp contrast to its treatment of previous waves of refugees from Iraq, Syria and Afghanistan. What explains the difference?

Ukrainian forces are slowly advancing towards Russian-occupied Kherson. Civilians who fled the city are watching closely, hoping they might be able to return home soon. DW met one woman from Kherson, who fled with her family to the southern city of Odesa.