Poland to drag Russia before WTO as countersanctions bite | Business| Economy and finance news from a German perspective | DW | 08.08.2014

Poland to drag Russia before WTO as countersanctions bite

Poland has said it will seek a ruling by the WTO on the legality of Russia's recent food import ban. After Western nations slapped sanctions on Russia, Moscow's tit-for-tat measures are hitting smaller states hard. 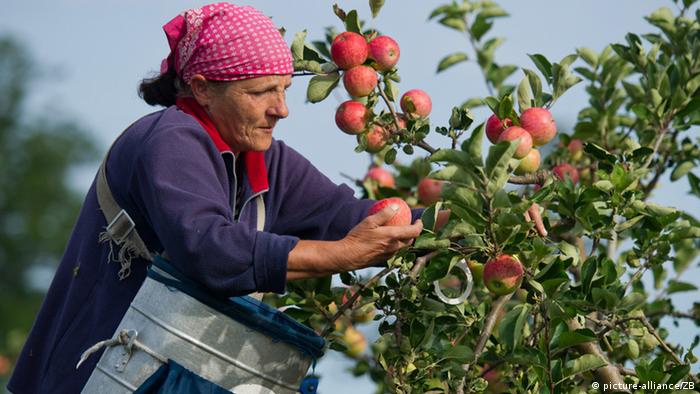 "We believe that the Russian embargo against Poland as well as other EU countries is breaking international law," Sawicki told Polish TV broadcaster TVP.

Sawicki said he had urged the country's retail supermarkets to sell Polish produce that can no longer be exported to Russia, and that he was in negotiations with the European Commission on compensation payments for Polish farmers.

On Thursday, Moscow banned all food and agriculture imports from the US and most from the EU, Canada, Australia and Norway for one year. The move came in retaliation for Western sanctions slapped in Russia over the Ukraine conflict.

Poland's apple growers are hit especially hard by Moscow's tit-for-tat measures as half of their annual harvests are sold on Russian markets.

Another country severely hit by the Russian import ban is Greece. Christina Sakellarides, President of the Greek Exporters Association (PSE), said Friday she expected Greek fruit and vegetable growers to suffer losses of at least 178 million euros ($238 million) this year.

Last year, Greece's agriculture exports to Russia were worth about 406 million euros.

On Thursday, a spokesman for food growers in northern Greece, Giorgios Polychronakis, said the ban spelled the end to the region's fruit and vegetable harvests this year.

Massive amounts of Greek peaches destined for Russian markets were currently blocked at the border, he added, with non-EU exporters already taking up the business.

European agriculture officials will set up a task force on Monday to assess the impact of the Russian ban. About 10 percent of the EU's agriculture exports go to Russia. They are worth a total of 11 billion euros, according to EU Commission figures.