Poland: The dark side of Warsaw′s strawberry market | Business| Economy and finance news from a German perspective | DW | 17.07.2020

Poland: The dark side of Warsaw's strawberry market

The wholesale price of strawberries is down in Warsaw, but producers say they still have a problem getting rid of their fruit as some buyers have worked out how to extract big profits. 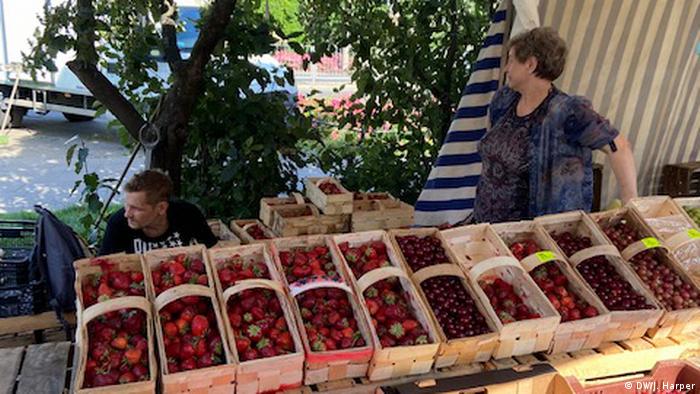 Like any good market, there is a buzz about Bronisze fruit and vegetable trading exchange near Warsaw. It is 8 a.m. and strawberry sellers are already well into discount sales at the huge open-air site, 15 minutes by car west of central Warsaw. "Turn up toward the end and you can get some real bargains," one of the buyers says. "They just want to clear up and go home."

The 24-hour wholesale market is full of muscular short-haired men in a uniform of white socks, black sneakers, little black leather pouches packed with wads of cash tied around black shorts. Legia Warszawa tattoos abound. Phones buzz incessantly, eyes darting here and there and cash shifting fast between hands, those involved in these micro calculations working out in real time how each of the multiple variables affecting prices may evolve over the course of their day.

As I take a photo, an older man approaches. "Do you know what RODO is," he starts, referring to the legal requirement to ask the person whose picture is being taken if the photographer has their permission. He does not give his permission, when asked. The small crowd of middle aged farmers watching our exchange seems to grow in size and get closer. But, luckily for me, their eyes are more on the weather than me.

"It might pick up," says one seller, a farmer from 30 kilometers (22 miles) west of Warsaw. "But it might not," his toothless partner — standing in a puddle from an overnight rainstorm — half snorts. They may not look like Gordon Gekko, but there are arbitrage and hedging strategies going on here that would make Wall Street traders blush. 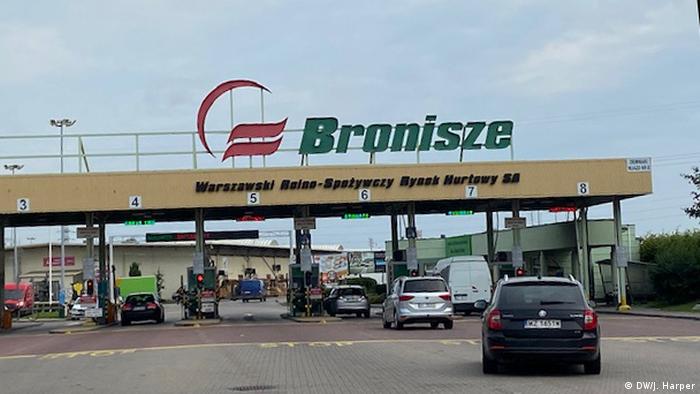 Retail prices on the increase

Wholesale prices of strawberries in Poland are down this summer to 5 zlotys (€1.1, $1.3) a kilogram from 6.5 zlotys last year. But retail prices are rising. How so? Some suggest the price volatility is mainly due to COVID-19, which has played havoc with staff recruitment, and the up and down weather this summer. When the weather can change within minutes from tropical rain to dry summer heat, demand is impossible to predict.

"One day they sell quickly, the next they take a few hours," a trader says. "Sometimes traders will buy a larger container of strawberries and on the way to the sales outlets in the city, the weather will change and the price will tumble. What do you do then?" he asks.

On the supply side, strawberries do not like a lot of water, and when the heat comes it makes them rot quickly, he adds. The quality of this year's strawberry harvest is down, says Bozena Nosecka from the Institute of Agricultural and Food Economics. "Strawberry volumes may be the same as last year, but their quality is worse," she said. Recent heavy rainfall and storms have destroyed many fruit plantations. For consumers, prices are also higher in part because buyers include the cost of risk like spoilage in the price. 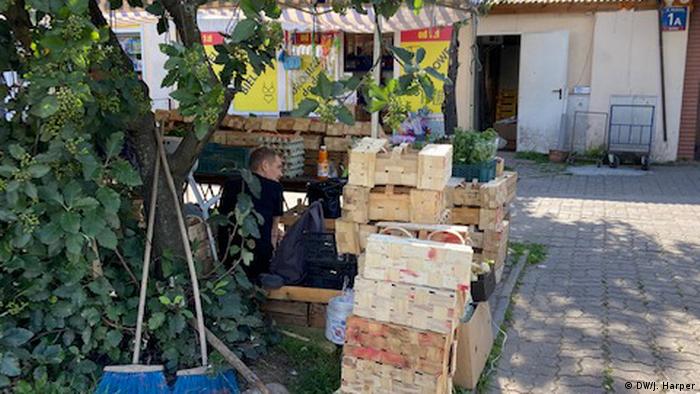 Fruits and vegetables waiting to be bought at the Bronisze exchange

Meanwhile, since the Polish government introduced some of Europe's toughest lockdown measures in mid-March, an estimated 150,000 of the million or so Ukrainians living in Poland — its largest migrant group — left the country and Poland has a shortage of strawberry pickers.

In 2019, 175,000 tons of strawberries were picked — down from 195,600 tons a year earlier. According to the Polish Institute of Agricultural and Food Economics, this year's strawberry harvest will not be lower than in 2019. There are about 50,000 hectares of strawberry crops in Poland. Depending on the weather, 180-200 million kilos are picked annually, making Poland the second largest producer in Europe.

Most strawberries are exported in frozen form, the majority to the EU market, led by Germany with 38%. Only about 6% go for immediate consumption, mostly sold on the domestic market. The agriculture ministry said this year that more strawberries were entering the local market without releasing exact figures.

The Mokotow District Prosecutor's Office in Warsaw, which is a part of the ministry of justice, says trade at the retail stands that dot the city generates millions of zlotys of losses for the state budget. Everything is done without cash registers, so traders do not pay taxes and most likely employ people on the side — they usually recruit the unemployed, minors or foreigners, including increasingly Ukrainians. 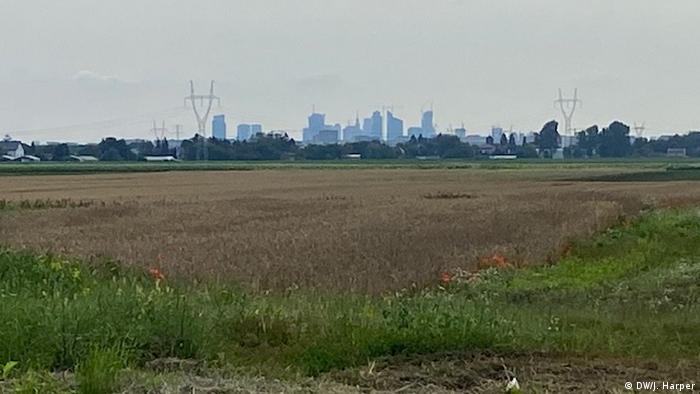 Senior inspector Slawomir Smyk, a spokesperson for the city inspectors, says that fellow inspectors usually know who is responsible for illegal trade. The traders drive luxury cars, which they register with family members, others say off the record. "Just look at the car park," one tells me.

"Yes, in Warsaw the problem of illegal trade exists. People engaged in illegal trade are usually employed by larger, organized groups," says Smyk, adding that their bosses employ the elderly or the unemployed. "But as a result of many years of municipal inspectors activities, illegal trade has been significantly reduced in Warsaw," he says.

The city inspectors cannot do much, though, imposing fines that few pay. Officially usually cannot intervene "at source" as the offense is committed by the person who is doing the physical selling. According to the inspectors in the most popular places, goods worth tens of thousands of zlotys often disappear in a few hours and they pay the sellers 20 to 40 zlotys per day. So, if someone gets a ticket of up to 500 zlotys, they usually don't pay. "A fine is usually an ineffective form of punishment because traders do not have a stable income," Smyk adds.

The city inspectors controls whether there are weights on the spot, whether prices are displayed next to the goods being sold, can identify the seller, impose a fine or make a request for punishment in court. "Those who commit this practice often violate tax, sanitary and order or epidemiological regulations," the city inspectors says.

Cases often involve the inspectors seizing the goods. When they manage to take the goods, they are transported to cold room storage until the court decides what to do with them, Smyk says.

"Then brawls can begin, like the one that occurred at the beginning of June," says Smyk. On this occasion acid was thrown at the inspectors. Their official vehicles have also been vandalized. Smyk says there is no dedicated group of officers to combat illegal trade in the city and traders adapt fast, recently putting grills on their vans, so the guards cannot extract the goods.

Fruit pickers in Spain on the front lines

Fruit pickers in Spain on front lines of pandemic

The opposition has blasted the presidential vote as "not a fair election" — but the liberal Civic Platform faces an uphill battle with Poland's Supreme Court. Conservative incumbent Andrzej Duda narrowly won the vote. (16.07.2020)

As Europe's climate shifts in the coming decades, some regions will find it increasingly difficult to sustain traditional crops. But with new varieties and strategies, some farmers are planting with an eye to the future. (17.06.2020)

Poland has beaten a European Commission target date to reopen EU borders by June 15. The move is set to be a major boon to business and tourism despite fears of a resurgence of the coronavirus. (13.06.2020)