Poland set to back down in EU legal row

Poland will water down its controversial justice reform following years of EU pressure, according to Jaroslaw Kaczynski. The bloc's top court has said Warsaw must suspend a system for disciplining judges. 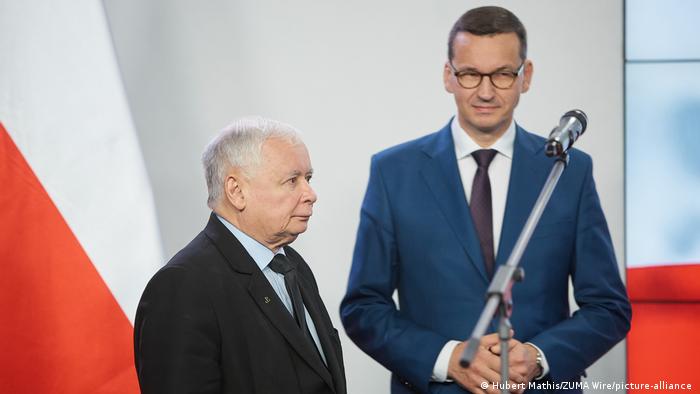 Jaroslaw Kaczynski (L.) is seen as Poland's leading politician though he is deputy prime minister to Mateusz Morawiecki (R.)

Poland's government on Saturday looked set to back down in a long-running "rule of law" row with the EU, according to the ruling party's leader and deputy prime minister Jaroslaw Kaczynski.

The EU's top court has issued two rulings this year on the government's push to discipline judges and prosecutors by setting up a new chamber at Poland’s Supreme Court.

Officials at the European Commission had set an August 16 deadline for the Polish government to ax the system, arguing it fails to guarantee the judiciary's independence.

In turn, Polish ministers claimed the changes were necessary to tackle corruption and root out Communist-era legacies in the courts. 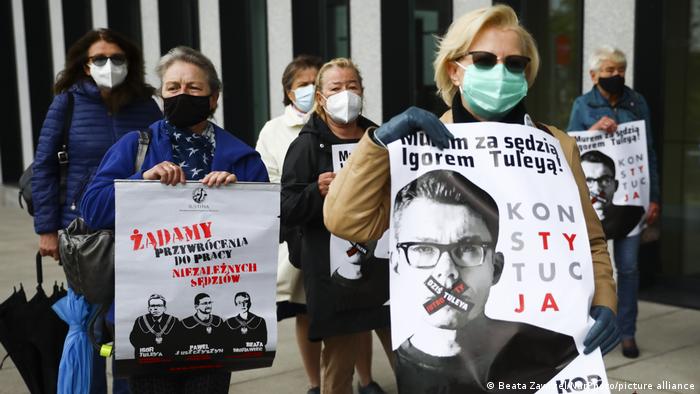 What did Kaczynski say?

Poland's ruling conservative Law and Justice party has repeatedly refused to comply, accusing the EU of overreaching its powers.

But in an interview with the state news agency PAP on Saturday, party leader Jaroslaw Kaczynski said he was ready to end the diplomatic spat with Brussels.

"We will dissolve the Disciplinary Chamber as it currently operates and in this way the subject of the dispute will disappear," Kaczynski was quoted as saying.

The 72-year-old co-founder of Law and Justice has previously served as the country's prime minister. Currently, he is a deputy to Prime Minister Mateusz Morawiecki and remains one of the most influential figures in the government.

Kaczynski's remarks come less than 24 hours after Poland's justice minister Zbigniew Ziobro's used an interview with the daily Rzeczpospolita newspaper to hit out at what he called "illegal blackmail" by the EU.

"The belief that the EU is a good uncle and gives us money, and that we should accept all its demands at all costs, is propaganda and false," Ziobro said.

Poland would risk being hit with massive fines for ignoring the ruling by judges at the European Court of Justice.

The commission, the EU's executive branch, also threatened to slash key economic development funds if the matter was not resolved.

Poland, which joined the bloc in 2004, has also come under fire from EU leaders for legislation that declares some Polish towns and cities as "LGBTQ-free zones."

The European Commission has launched a separate lawsuit over the policy.