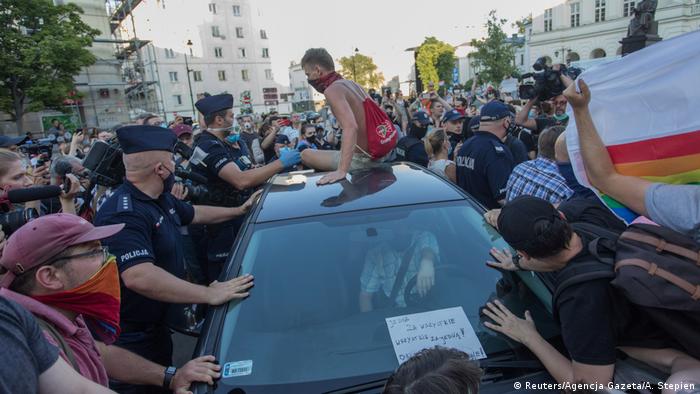 Police in Poland said Saturday they detained 48 people who were defending an LGBT+ activist in Warsaw on Friday night. The activist was accused of hanging LGBT+ flags over statues in Warsaw and damaging a car.

"Due to yesterday's active gathering, 48 people were detained," the Warsaw police force said on Twitter. 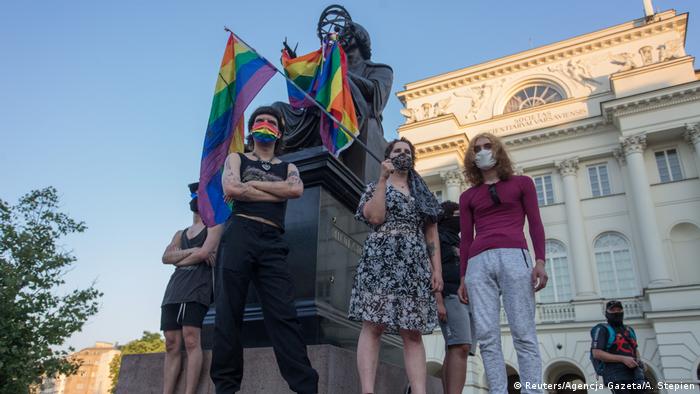 Police say the protesters draped flags over statues in Warsaw

Crowds surrounded and climbed on a vehicle in the center of the capital to try to stop the activist from being driven away. Members of the anti-homophobia group "Stop Bzdurom" said they hung flags on statues of Jesus and other figures, Reuters news agency reported.

Earlier in the week, the group tweeted "We're doing great! Thank you for great support and solidarity," referring to earlier waves of arrests and detentions as Polish authorities cracked down on the LGBT+ community.

President Andrzej Duda— a close ally of the populist Law and Justice party who was recently re-elected for a second term — has described LGBT+ rights as an invasive foreign ideology that undermines Polish values.

Poland's socially conservative government has often clashed with the EU over the rule of law and human rights, most recently as several cities and regions declared themselves "LGBT-free zones." The EU in July refused grants to the Polish towns accused of discrimination, after pressure from activists.

Several opposition members of the Polish parliament wore rainbow colors to Duda's swearing-in ceremony earlier this week as a mark of solidarity for LGBT+ people facing oppression in the country. 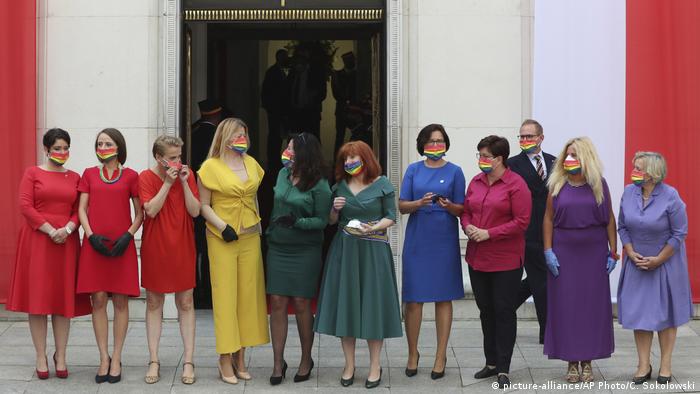 "We wanted to remind President Andrzej Duda that in the constitution there is a guarantee of equality for all," Left MP Anna Maria Zukowska said.

A police spokesperson Friday claimed the arrests were not related to the rainbow flags draped on the statue but to "another incident."

A group of Polish nationals was headed to Medjugorje when their bus crashed near the town of Varazdin, Croatian officials have said. Several passengers were killed.