Poland on Tuesday marked the 60th anniversary of the biggest pogrom to take place after World War II. It killed about 40 Jews in Kielce and led to an exodus of Polish Jews who survived the Holocaust. 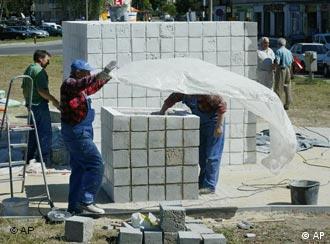 First came the rumors; then came the violence. In the end, 42 people, all but three Jewish, were murdered in the Polish town of Kielce, in what is known as Europe's last pogrom, one year after the surrender of the Nazis.

For decades, this event in Poland's past lay unexamined by many Poles themselves. But now that is changing as the EU member prepares to unveil a new monument and hold ceremonies marking the day that set off an exodus of Jews into exile.

"Each and every country has its history," Piotr Kadlczik, chairman of the Union of Jewish Communities, told Polish radio. "And in this history, it has moments of which it can be proud or ashamed. To make a selection by thinking only about the proud moments makes this history poorer."

On July 4, 1946, a rumor began to circulate that a Jewish family had kidnapped a Christian child and held him in a cellar overnight. The rumor soon grew and, as rumors do, took on incredible dimensions. Word had it that the small Jewish community of Kielce needed to have blood transfusions from Christians to exist, to make matzos, Jewish unleavened bread; skulls and skeletons were in the cellar of Jewish families, due to ritual killings.

The father of the missing boy -- who was actually sleeping at a friend's house -- asked police to investigate. The father, neighbors, police and members of the communist militia went to Planty Street, home to the town's Jews.

Soon after, a police officer ordered the Jews to hand over their weapons, and it was then that the first shots were fired. No one can say with certainty who opened fire on whom, but the resulting battle with guns and clubs drew in soldiers, the police and civilians, who either shot the Jews or beat them to death. Some were thrown out of the windows of apartment blocks. 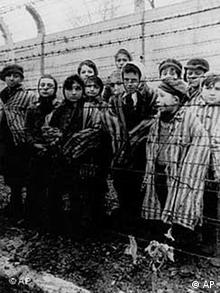 Only about 250,000 Polish Jews out of 3.5 million survived the Holocaust

Thirty-seven Jews and three non-Jewish Poles were killed that day. The incident was followed by other attacks on Jews in the city several days later that killed up to 1,500 Jews.

And it prompted Polish Jews -- once the largest Jewish community in Europe numbering 3.5 million before the Nazis killed 90 percent of them -- to flee in droves after surviving the Holocaust: In the three months following the pogrom, around 70,000 Jews left Poland -- more than the 50,000 who had emigrated during the entire year before.

"After the Kielce pogrom, the situation had inexorably changed," historian Bozena Szaynok of Wroclaw University told AFP. "Right after the war, many Jews emigrated to Palestine, because they saw Poland as a huge cemetery where they could no longer live. After the pogrom, there was a real atmosphere of panic among Jews. They no longer felt that Poland was safe for them."

Even though there were other smaller pogroms in Hungary and Romania, the post-war atmosphere in Poland was particularly ripe for the Kielce pogrom, historians say.

"The pogrom would never have happened if not for the climate of anti-Semitism in Poland at the time, where Jews were dehumanized, seen as having been 'punished' in the war, and the myth of the communist Jew, who brought the hated communists to power, was freely spread," historian Andrzej Paczkowski told AFP.

"Poles feared that Jews who survived the war would return and demand that the homes they abandoned when they fled the Nazis be returned to them." 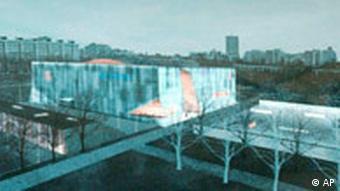 A new Polish Jewish museum is planned in 2008 for Warsaw

And even though the Polish government apologized for the pogrom 10 years ago, many say that Poles still largely see themselves as victims during and after the war and have failed to come to terms with anti-Semitism, even today.

"The tragic death of Polish Jews is something that has never been properly mourned here," Jan T. Gross, a Polish-American author of books on Poles and Jews told the Associated Press. "And the absence of mourning is something that has to be remedied because it weighs on the collective consciousness of the society."

His latest book, "Fear," is largely about the Kielce pogrom and post-war anti-Semitism in Poland.

More recently, the recent entry of the far-right League of Polish Families party -- which has its origins in a pre-war anti-Semitic party -- into the conservative coalition government has raised concerns about anti-Semitism in Poland. Even Pope Benedict has warned the far right and its religious radio station, Radio Maryja, about its questionable comments regarding Jews.

And in May, Poland's chief rabbi Michael Schudrich was attacked in Warsaw by a Pole who allegedly has ties to neo-Nazi groups.

"There is anti-Semitism in Poland today," he told the BBC. "It, however, still does not play a significant role in society, in large measure thanks to the teachings of John Paul II. The level of anti-Semitism here is actually far less than in almost any other European country today."

After sirens wailed at 4 p.m. Tuesday, Schudrich led Jewish prayers at the ceremonies after the unveiling of a monument to the victims -- and trees commemorating the victims have also been planted as a reminder of the town's sad history.

The former editor of a Polish neo-Nazi magazine has been appointed as deputy chairman of Poland's public TV network, sending shockwaves through the new EU member country. (June 24, 2006)

Pope Benedict XVI walked alone under the infamous "Arbeit Macht Frei" gate at the former Nazi death camp at Auschwitz-Birkenau as he began a poignant visit to the site where Hitler's Germany killed 1.1 million people. (May 28, 2006)