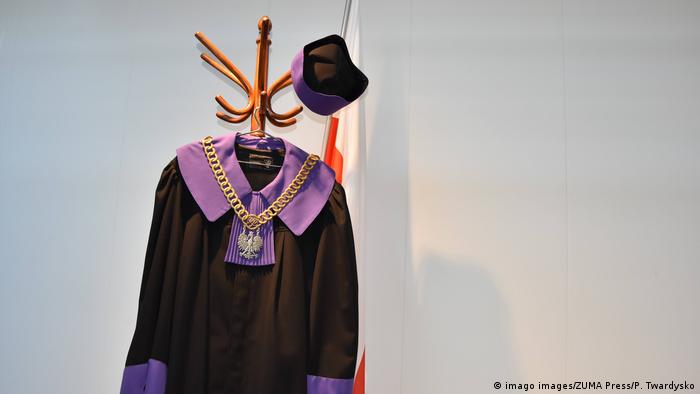 Now that the legislation has passed in the lower house of the Polish parliament, it is up to President Andrzej Duda. He is expected to sign the bill into law.

The legislation proposed by the country's right-wing government — which Supreme Court president Malgorzata Gersdorf has denounced as a "muzzle law" — has been heavily criticized by the European Union, the United Nations, Polish legal experts, and opposition lawmakers. Brussels says it violates EU principles and the democratic separation of powers.

However, the ruling party has said the law is required to put an end to "anarchy" among judges, some of whom have been critical of the government's policies.

The decree would also curb the judiciary from getting involved in any public activities that could be viewed as political, particularly those who have, or wish to have, connections with associations linked to the Polish pre-1989 communist era.

The law also prohibits judges from being critical of new judicial appointments or powers of state authorities.

Dawid Kubacki capitalized on consistency and poor form from the defending champion to secure his victory. (06.01.2020)

President Duda's government said it was 'inadmissible' to invite Russia's Putin to speak but not the leader of Poland. Duda had wanted a chance to correct what he perceives as "lies" about Poland's role in the Holocaust. (07.01.2020)